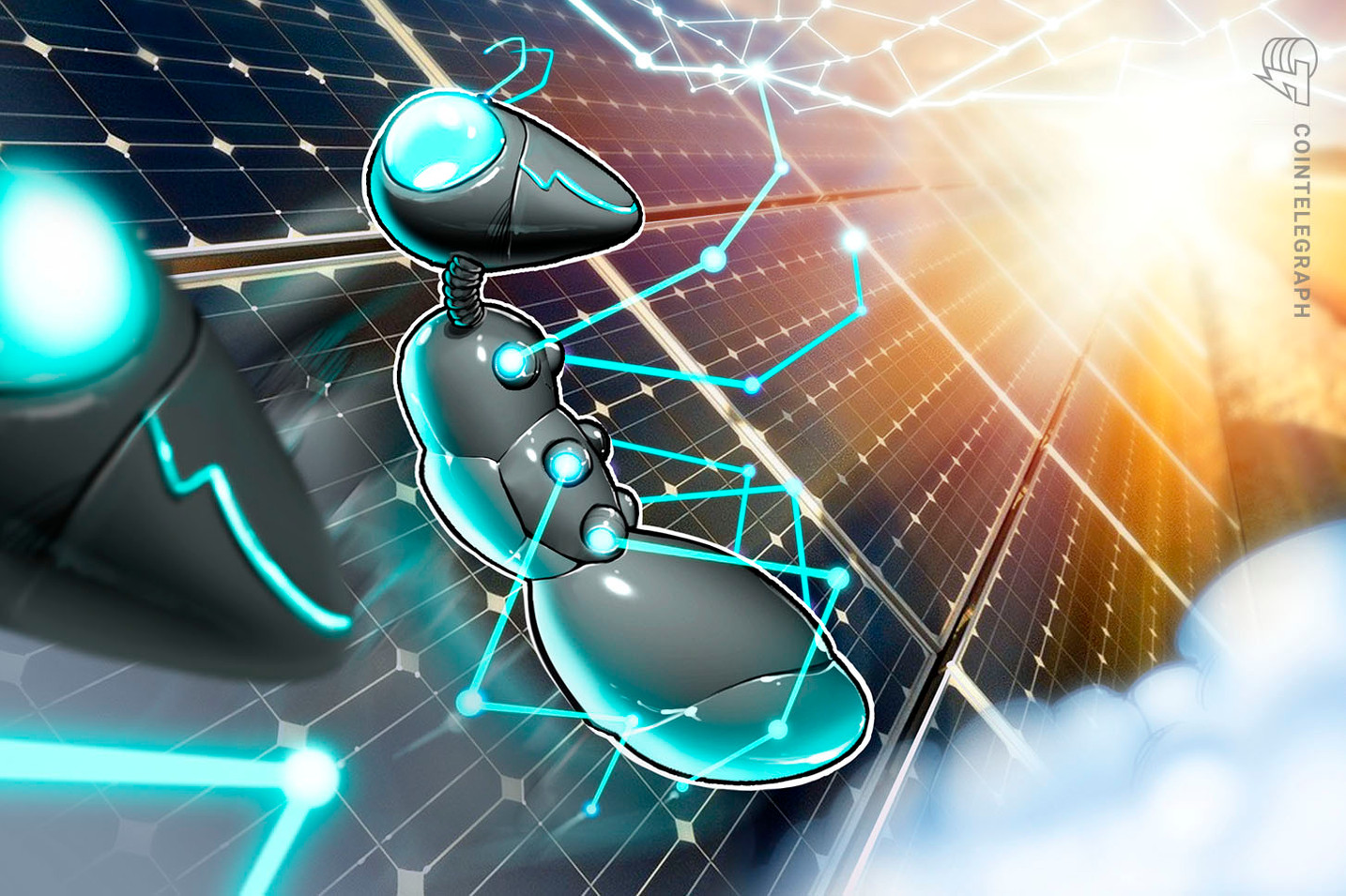 The nation of Qatar is a World Bank “high-income economy,” backed by the world's third-largest natural gas and oil reserves. It has the third-highest GDP per capita in the world (by purchasing power parity), with very high human development. Similar to other Gulf Cooperation Council states — which also include the United Arab Emirates, Saudi Arabia, Oman, Kuwait and Bahrain — Qatar has had to deal with the decline in global oil and gas prices after they first collapsed in 2014, and the situation has been made even more difficult by a Saudi-led embargo of the nation that started in 2017.

Because Qatar has a small population, substantial financial reserves and favorable business conditions for investment, it is in a better position than most to withstand the pressure. It has been working toward lowering its reliance on the export of oil and gas in favor of economic diversification. On Dec. 3, 2018, the nation moved one step closer toward that goal by announcing its withdrawal from the Organization of Petroleum Exporting Countries in order to focus more on its natural gas export sector.

With the emergence of the COVID-19 pandemic, Qatar has also committed to a national financial technology strategy to diversify an economy that will be powered by the world’s second-cheapest solar energy in order to meet its goal of increasing the proportion of renewable energy in its total electricity generation to 20% by 2030.

“[COVID-19 related challenges] not only highlight the importance of tech and fintech, but also accelerates adoption and development. We will continue in our efforts to enrich and develop the tech and fintech infrastructure in Qatar as an enabling platform and look forward to seeing more international FinTechs, including those from the US, easily integrate into Qatar’s thriving ecosystem via QFC’s FinTech license and wide range of benefits.”

The QFC has reported it grew by 35% in 2019, and according to its website, it now has over 900 clients from various sectors, both financial and non-financial.

Qatar is a leading financial hub in the Middle East. It has been weaving Shariah-compliant blockchain technology into its existing financial and legal infrastructure through the sector’s emphasis on digital payments with Qpay, Qatar’s largest fintech company, as well as money management and lending, among others, to emerge as a regional fintech hub.

The fintech sector saw global investment grow from $50 billion in 2017 to $111.8 billion by the end of 2018, according to Big Four audit firm KPMG. In 2019, to attract foreign fintech investment and encourage large companies to launch subsidiaries in the country, Qatar established the Investment Promotion Agency, which introduced “free zone” incentive programs. Qatar’s sovereign wealth fund has also continually increased its investments in tech and fintech companies and in technology investment funds.

The ongoing coronavirus pandemic has brought dramatic changes to the world, forcing governments all around the globe to make bringing blockchain tech to their financial services a priority. This includes Qatar, which has developed a national fintech strategy set forth by the Qatar Central Bank, or QCB, which aims to support the fintech sector in partnership with several key local stakeholders including the QFC and Qatar Development Bank, or QDB, as the Qatari public sector aims to be the biggest spender on blockchain technology by 2021.

As part of its fintech strategy, the QCB is weighing issuing a central bank digital currency, as COVID-19 has led to an increased interest in digital currencies around the world. “The QCB greatly welcomes the safe use of technological advancements that promote financial stability and inclusion in Qatar,” said a representative from the QCB’s fintech section. “Issuing a CBDC certainly has its benefits in innovation and enabling users to significantly change the way they make payments.” The representative added:

“There is currently no definitive plan to issue CBDC, however, the QCB is assessing the opportunities that this technology presents for Qatar and will continue to research the matter before making a final decision.”

Related: Not Like Before: Digital Currencies Debut Amid COVID-19

In March, the QCB launched its national QR-code-based “Qatar Mobile Payment System,” a project designed to increase financial inclusion and reduce the use of banknotes in the country. Its goal is to enable citizens to use an electronic wallet on their mobile phones, complete peer-to-peer transactions, and pay for goods and services. It also allows for instantaneous withdrawals and cash deposits.

“Qatar has demonstrated an incredible synergy among entities in the pursuit of becoming a global leader in FinTech,” said Mohammed Barakat, managing director of the U.S.–Qatar Business Council. He also added:

With Qatar’s border reopened to select flights from low-risk countries on Aug. 1, the QDB recently launched a fintech incubator (for early-stage start-ups) and an accelerator program (for mature companies) that will cater to local and global entrepreneurs. In an attempt to help the fintech community network and collaborate, the QFC is offering “FinTech Circle,” a coworking space where qualifying fintech companies can work for free for 12 months. The QFC — which claims to have over 900 firms as clients and $20 billion in combined total assets under management — operates its own legal, regulatory and tax infrastructure.

“From Fintech’s early emergence as a challenger to a conventional financial services sector to its role today as a change catalyst and enabler, it is safe to say that our industry has come a long way,” explained Abdulaziz bin Nasser al-Khalifa, CEO of the QDB. ”Blockchain is following suit, with 10% of global GDP expected to be stored on blockchain by 2027.” He also added:

“In Qatar, blockchain and other emerging technologies can play a major role in Qatar’s overall economic transformation, especially in the digitisation of various sectors, where they can be applied in four key areas: government to citizen, business to consumer, government to business, and business to business.”

Qatar has joined a number of countries across the globe that are implementing stricter laws to combat the illicit use of cryptocurrencies in terrorist financing and money laundering.

In December 2019, the QCB adopted new regulations in form of Circulars 19, 21, 23 and 46 of 2019, which prohibit virtual asset providers services, or VASPs, from operating in Qatar in order to combat money laundering and terrorist financing, bringing its legislation in line with Financial Action Task Force recommendations, which include adopting a risk-based approach to Anti-Money Laundering and Combatting the Financing of Terrorism and to carry out risk assessments. The legislation established penalties for violating the law in the form of financial sanctions and possible imprisonment, and it calls for comprehensive cooperation from international partners such as the United States, China, India, Australia, Bangladesh, Malta, Pakistan and more.

Following Qatar’s AML regulatory updates, the Qatar Financial Markets Authority, or QFMA, and the Qatar Financial Center Regulatory Authority, or QFCRA, also issued similar notices in December 2019 requiring all services involving cryptocurrencies to be banned throughout the QFC until further notice as a reminder that VASPs are not included within the scope of the QFCRA and QFMA licenses, and that any firm acting as a VASP is operating outside the scope of its license.

Wirecard, the leading European fintech cryptocurrency debit card provider — which at the end of June imploded into the region's biggest corporate accounting scandal by declaring bankruptcy as a result of accounting manipulations and worldwide money laundering allegations — has been providing payment processing services to Qatar Airways since 2013. Such arrangements of transferring cryptocurrency from a wallet and conversion to fiat currency are no longer permitted in Qatar under the new cryptocurrency regulations.

As the representative from QCB’s fintech section stated:

“Qatar is currently assessing the benefits and risks associated with digital assets and matters such as the taxation of digital assets will form part of that assessment.”

Fahad Al Dosari, Qatar’s commercial attache to the U.S., added that “Qatar is one of the most stable economies in the world, and we offer strong financial incentives for US-based companies, like our 20-year tax holidays for companies operating in Free Zones.” He also added:

“Under the leadership of His Highness the Emir Sheikh Tamim bin Hamad Al Thani, all of Qatar’s government agencies are committed to supporting US investment in the region and making Qatar a fintech hub for the Middle East.”

It should be noted that the U.S. and Qatar do not have a double taxation agreement, but both countries signed an agreement to improve international tax compliance and to implement the Foreign Account Tax Compliance Act.

Furthermore, the U.S. is a close defense and security ally of Qatar, and in 2018, the two nations signed a memorandum of understanding regarding the fight against terrorism and its financing and regarding combating cybercrime.

U.S. taxpayers and their related companies that have “operations” in Qatar must file IRS tax Form 5713 with their income tax returns in order to avoid punitive consequences.

The views, thoughts and opinions expressed here are the author’s alone and do not necessarily reflect or represent the views and opinions of Cointelegraph.

Technology that used to seem like sci-fi is now being integrated by utilities. Blockchain, robotics, artificial intelligence (AI), and digital twins are just a few examples, and your fellow community members are keeping track of the latest...

A smart transportation consortium developing standards for blockchain apps has released one for software that would enable EVs to integrate with the grid and be involved in power and carbon credit trading.