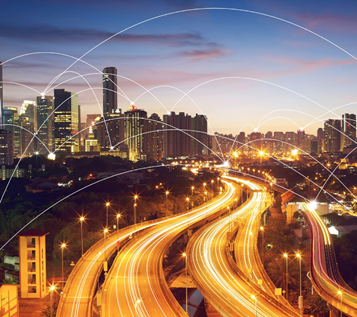 Many utilities are faced with communication infrastructure challenges: Heavy growth planned with the hard-to-reach Distribution Automation (DA) and Distributed Energy Resource (DER) endpoints, aging substation communications infrastructure, commercial cellular falling short of expectations during major storms, AMI infrastructure showing signs of age, and high costs of maintaining various legacy last-mile communication systems. At the same time, they have increased dependency on the communications system to enable their existing and planned expansion of smart utility programs. Where do we go from here?

Is AMI the best communications technology for the Field Area Network (FAN)?

Many utilities are in their second- or third-generation Advanced Metering Infrastructure (AMI) and are greatly expanding their digital utility programs while wondering how best to proceed. Over the last decade, AMI technology has significantly progressed, gradually becoming a communications system versus being just a meter reading system. This advancement has included bandwidth increases, improved coverage with less infrastructure needed, lower round-trip latency for mission critical telemetry programs and many other improvements. However, many large utilities are discovering concerns with their existing AMI and are not sure how to proceed into the next-generation AMI. Various AMI critical questions exist, such as:

Is commercial cellular the most optimal communications media for large utilities?

Yes, it could be for some utilities but certainly not for all utilities. When a utility compares the attributes of cellular with other (FAN) technologies when evaluating throughput, latency, ease of maintenance, costs, etc., cellular will be ranked high.  Commercial cellular technology has significantly progressed to better coverage, lower latency and improved reliability time for typically 80 to 95 percent of endpoint locations. The other 5 to 20 percent of time or locations can be problematic, and problems often surface in major weather conditions when the mission-critical automation programs are needed the most. 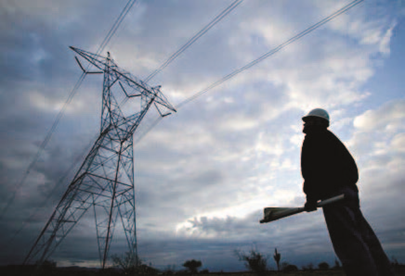 In mid-2017, cell carriers released a new product line designed for low power or battery-powered telemetry defined as LTE-M and NB1. This technology can serve the needs when battery-powered devices are required such as for the growing asset management based IoT end devices or for gas or water meter reading.

Some aspects of 5G will operate and perform like the current 4G and will add little additional value to many smart utility programs such as DA and DER backhaul; other aspects of 5G will be attractive for very low latency applications like feeder-based relay protection with viable 5G use cases competing with fiber optics for peer-to-peer end point needs. With the literally millions of 4G and future 5G end devices routed with the LTE protocol, we expect price points with LTE end points to be like WiFi when limiting the spectrum alternatives within the end devices. We also expect a very long-life cycle for LTE.

WHAT IS PRIVATE LTE, AND CAN PRIVATE LTE BE THE WHOLISTIC ‘LAST MILE’ UTILITY COMMUNICATIONS SOLUTION? 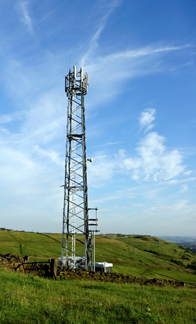 Yes, private LTE will be a perfect fit for some utilities but again not for all as other technology solutions such as 802.16s WiMAX, AMI or cellular will better fit some. Simply put, private LTE can be thought of as a utility building its own private cellular network within its territory and using it exclusively for the backhaul communications of distribution SCADA, DA, AMI, DER and other field applications. Private LTE also can be the replacement for an aging mobile voice (Land Mobile Radio) or mobile data system.  It is a Point-to-MultiPoint technology with endpoints communicating with base stations. To accomplish this, the utility must assess and then select the most attractive spectrum, purchase the LTE base station equipment (private cell sites) and choose a variety of LTE end devices that address each application (SCADA, DA, DER, DSM, Inverters, IoT asset management and meters). Broadband Spectrum is available for purchase at 400 MHz and 900 MHz as well with the Citizens Broadband Radio Service (CBRS) at 3.5 GHz. The 400 MHz, 900 MHz and CBRS spectrum is a breakthrough as the broadband spectrum at these attractive bands were not previously available.

The private LTE system may be managed by the utility’s internal staff or by an outsourced provider. The advantages of private LTE include:

In modeling exercises for private LTE, having at least 25,000 end devices over Private LTE often became a break-even target point. In nearly all successful private LTE scenarios, the utility’s fiber optic network served as the backhaul/backbone into the private LTE base stations. Also, private LTE for some applications and locations combined with either commercial cellular and/or AMI for other applications or locations often is the best technology combination.

COULD PRIVATE LTE BE EXTENDED FURTHER INTO THE METER OR OTHER HOME OR FIELD DEVICES?

Theoretically, the answer to that question is yes, and this could become a very significant industry game changer. A utility that elects to build a private LTE network for it backhaul of SCADA, DA, etc., could take this one major step further and privately develop a means to supplement or bypass the AMI vendor community in the following way: 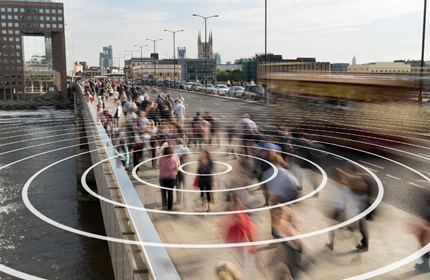 When modeling various private LTE metering deployment scenarios, a very attractive approach is a scenario with an aging AMI to select a gradual AMI replacement strategy with private LTE – i.e. when the existing AMI endpoint fails, when a new premise is added or a special account such as a home with solar with a need to communicate with the inverter, then replace those end points with the private LTE. Then keep the current AMI running for as long as possible for the rest of the meters/end points while extending the existing AMI’s life. A key driver in the private LTE business case is extending the life of the field investments and having greater control of the investment life.

While this sounds very “rosy” and is all very technically possible, it can only be accomplished with detailed planning, a well-thought-out design, lab testing, integration testing and, for the IOUs, PUC approvals.

Some large utility service territories may be best with a hybrid approach, such as private LTE in the urban areas but FirstNet and commercial cellular in the rural areas, but all options must be studied before proceeding to procurement. What is so attractive with the private LTE solution is the use of the: 1) LTE standard with an expected very long life cycle, 2) fabulous spectrum addressing both coverage and throughput, and 3) the thriving and brutally competitive private LTE vendor community making competitive RFPs very viable.

Private LTE makes the most economic and business sense when considering it as a wholistic distribution system communications solution when nearly all field applications feeding into private LTE with fiber is being used as the backbone.  LTE is worth studying and again may be great for many utilities but not all.

In modeling exercises for private LTE, having at least 25,000 end devices over Private LTE often became a break-even target point.

This would seem to be actually a relatively low threshold at this point, maybe even for some municipal utilities, if you're counting smart sensors, smart meters, and other checkpoints. What proportion of utilities might fall under that break-even point?

Meters are not included in the 25,000. I am referring to endpoints that would normally have a fixed IP address such as substation RTUs, substation IEDs, DA points in the feeders, DER endpoints with RTUs. End points where the radios cost > $500 each.

Given the issues and concerns being discussed over national and rogue hackers of our infrastructure, physical and cyberscurity is a major concern for DOE, DOD, NSA, FERC, FTC, FCC and other governmental agencies.  The biggest issue that is being over looked is the absolute need for both physical and cyberscurity of these networks, especially if they at to be connected to the grid.  I predict that the Federal government will issue mandatory rules and requirements in the future that will be very strict and most likely very costly to comply with.