Powering Telecoms in Times of Crisis Who's responsible for ensuring that communications networks receive the continuous flow of high-quality electricity they need to keep the U.S. economy and society humming along, even in the event of emergencies? Well, effectively no one at the moment as it turns out.

As highlighted in part one of this three-part series, the FCC neglected to include any back-up power requirements for telecoms/broadband network operators receiving federal Connect for America Fund 2 (CAF 2) or A-CAM funding to provide connectivity to under-served rural and remote communities.  In last week's ruling on net neutrality, the FCC concluded that broadband network communications do not qualify as a regulated service. As a result, broadband/telecoms services, a market dominated by the largest U.S. telcos and cable companies, are not explicitly required to invest in on-site emergency or back-up power systems.

Such concerns extend to skepticism that the newly baked First Responder Network Authority (FirstNet) will in fact turn out to be a safety-grade network capable of ensuring critical communications services are available even amid the worst disasters and widespread power grid outages, Chris Mangum, CEO of New Orleans-based Servato, a provider of active, battery-based, back-up energy storage solutions highlighted in an interview. We continue our discussion here in part two of a three-part series on back-up power and energy in the telecoms sector, and the possibility that the wireline telecoms market may be on the cusp of systemic failure.

There are good reasons cellular and broadband network operators should, and do, invest in emergency/back-up power systems. By deciding not to explicitly require broadband network operators to do so leaves customers – including emergency first responders – at risk of losing voice, data and information services just when they're needed most – in the event of power outages, whether they be the result of an extreme weather event, cyber or physical sabotage or vandalism, or just routine, run of the mill device or equipment failure. 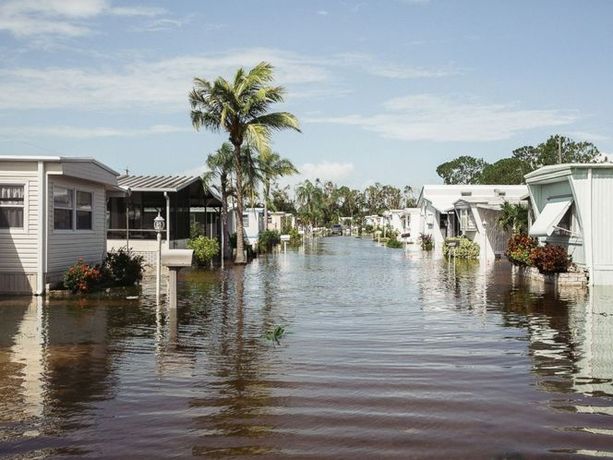 The devastation wrought by Hurricanes Harvey and Maria earlier this year, and the inability of even the most disaster-hardened infrastructure to withstand the onslaught drove home the importance, and tremendous challenge, of ensuring access to power, energy and communications networks. This year's historically unprecedented set of Category 5 hurricanes were only the latest signs of climate-fueled extreme weather events.

“I live in New Orleans where we spend about six months of each year bracing for storms, and that's the case all along the Gulf Coast, from the southern tip of Florida to southeast Texas,” Mangum told Energy Central.

It was a toss up as to where Hurricane Harvey would make landfall – in the area of New Orleans or Houston -- right up until around six hours before it actually did, on the southeast Texas coast. The weekend prior,  pumps that keep New Orleans from being inundated failed, creating a great deal of anxiety among residents.

“There was extensive flooding after what seemed like only modest rainfall, including parts of the French Quarter and other places that really should not have flooded given the $6 billion invested to upgrade infrastructure [in the wake of Hurrican Katrina back in 2005],” Mangum said. Ultimately, the cause of the failure was a turbine that provided power to the pumps.

Making broadband services accessible to all Americans was a focal point of the 2009 American Recovery and Reinvestment Act. The billions that have been invested in ARRA broadband and telecoms projects focus on network bandwidth and speed, but neglect the need to have back-up power generation and/or energy storage capacity at the ready, Mangum pointed out.

Telecoms regulators have fulfilled their obligation to the public, he continued. The industry currently has no explicit mandates, no clarity regarding requirements for back-up power systems, and no subsidies or incentives to invest in them. Without clarity and assistance, communications network operators will continue to forgo investment in back-up power, Mangum says.

Furthermore, given the lack of any clearly marked path forward industry players are not likely to invest in development and deployment of innovative, digital network-based power and energy technology, such as Internet of Things devices and automation that would lower the costs and improve the reliability and overall performance of back-up power systems.

“When you look at policy, a couple of things stand out. In the last presidential election, and to some extent in the last couple of congressional elections, there has been a shift to a more market-driven orientation,” Mangum told Energy Central. “If you believe in efficient markets, the understanding is that private sector market participants can self-regulate and resolve these problems, at least in the long run, but perhaps not in the near future.

“It takes time for the market to figure things out and come up with comprehensive solutions. In the mean time, there is risk of failure, and in markets where there is no competition, there is no invisible hand to guide carriers to do the right thing.”

Drilling down further, “Thou shalt provide eight hours of back-up power if providing voice communications services” used to be an industry maxim and core plank of telecoms regulatory policy, Mangum continued, “certainly as a carrier of last resort and when granted monopoly power.

“In the past, communications network operators would put large batteries in central office locations where copper wires originated and connected out to households and businesses. Using these batteries and copper wire, carriers provided back-up line power during emergencies and grid outages. When the line went out, you could pick up your phone and get dial tone.”

A lack of clear, consistent regulatory policy that requires wireless and wireline communications network operators to always have some minimum level of resiliency when it comes to power and energy jeopardizes Americans ability to communicate at times when it's valued most highly – in the event of disasters and grid outages.

Found in cities and towns throughout the country, wireline network operators' central offices not only transport wired voice and data communications from local homes and businesses but they also carry a significant amount of data originating over wireless networks as well, Mangum noted. “Wireless towers use wireline connections to backhaul traffic to the Internet. And many of these wireline connections are provided by 'middle market' carriers that are in increasingly dire financial straits,” he said.

The Internet, mobile communications and such would effectively collapse if these wireline carriers' networks were to fail due to lack of investment, Mangum continued. “If the grid goes down and they do not have any back-up power they [communications] network operators may not be able to maintain service. In rural areas where they are often the only providers of bandwidth for wireless backhaul, they could become the single point of failure in our telecoms infrastructure,” Mangum said.

Many central switching offices in Houston were flooded when Hurricane Harvey struck, he pointed out. They were built outside the 100-year flood plain, which becomes irrelevant when a community experiences two 500-year floods in a five-year time frame.

The rising incidence of higher intensity extreme weather events further heightens the risk and increases the vulnerability of U.S. communications networks to what may be rare, but extremely damaging, catastrophes.

U.S. network operators and regulators aren't addressing this issue in an effective way, Mangum contends. “The cellular network that will form the basis for FirstNet cannot be 'hardened'. No one even knows just what that term should signify. It's pretty easy to make the argument that power utilities should be responsible for ensuring communications networks have emergency, back-up power even during times when the grid is down.

Given that regulators would look favorably on such proposed investments, utilities could pass along the investment costs, and earn profits, by factoring them into customer rate bases, he continued. “Why haven't they done that?”

We dig into this and other pressing issues at the nexus of power and energy in the U.S. communications market and industry in part three of this three-part series.