Powering Telecoms and the Risk of Systemic Failure A potential crisis is brewing in the U.S. telecoms sector, and power and energy figure into the picture. In the grip pf tremendous financial pressure, private sector players have shown they are unable to self-regulate effectively, while government regulators have been unwilling, and/or unable, to institute an efficient, effective regulatory structure for a telecoms sector in the midst of a digital transformation. Rhetoric regarding boosting infrastructure spending from the current administration has left telecommunications networks out of the political calculus.

A similar situation exists in the power and energy sector. The infrastructure of nationwide electricity transmission and distribution networks we know as the U.S. power grid is showing its age amid a transformation fueled by the three “D's”: digitization, decentralization and “decarbonization.” Utility sector investments have begun to pick up, but the pace, and magnitude, of capital expenditures still falls short of what's needed to keep the lights on, and the risk of power outages and systems failures within acceptable bounds, industry experts caution.

Telecommunications and electrical power – the two work hand in glove on any given day, but especially in times of catastrophe and disaster response. Whether it's extreme weather events or chronic conditions, such as drought, cyber threats or actual physical attacks, the threat level and risks are increasing, leaving government and industry leaders increasingly pressured to provide essential public goods and services.

Market regulators and executives of the nation's telecoms network operators and electric utilities are searching for ways to generate adequate returns on investment, upgrade and maintain the physical infrastructure that support both electricity grids and telecoms networks. Coincidentally, they're searching for ways to capitalize on innovative technology and pursue growth strategies in new market segments and geographies – organically by launching new business, product and service lines and/or via mergers and acquisitions. 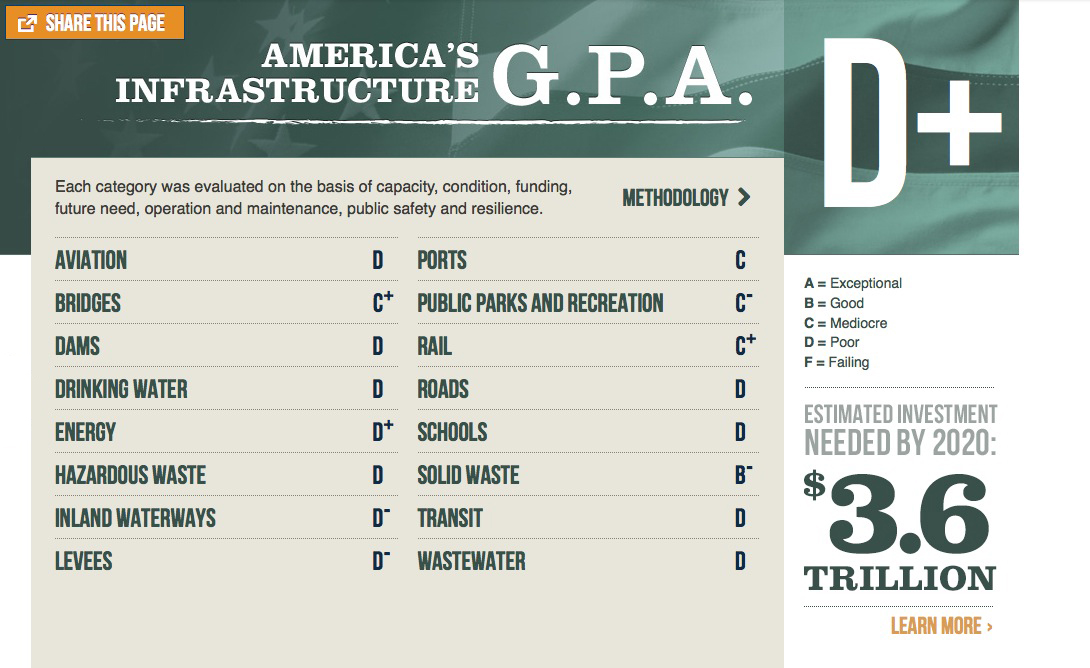 The rising level of strain being placed on aging power infrastructure is putting additional pressure on telecommunications network operators at a time when they're also beset by unprecedented challenges. Longstanding leaders in both sectors are under siege from digital tech-driven upstarts and the resulting, dramatic shifts in business models and customers' needs, wants and preferences. Coincidentally, extreme weather events – both acute and chronic – are increasing both in frequency and intensity.

New Orleans-based Servato provides advanced, battery-based, back-up technology and managed services to both telecoms network operators and electric utilities. Energy Central spoke with the company's CEO Chris Mangum to gain deeper insight into the profound challenges executives in these industries, the economy and society face and the possibility that without government intervention the telecoms market – middle tier carriers in particular – may be approaching the cusp of a systemic failure.

“Outside of Washington, telecoms and power utilities are regulated by the same public service or utility commissions, but the policies governing them are seldom considered together in a coordinated way,” Magnum explained. “Perhaps, it's time the changed.” 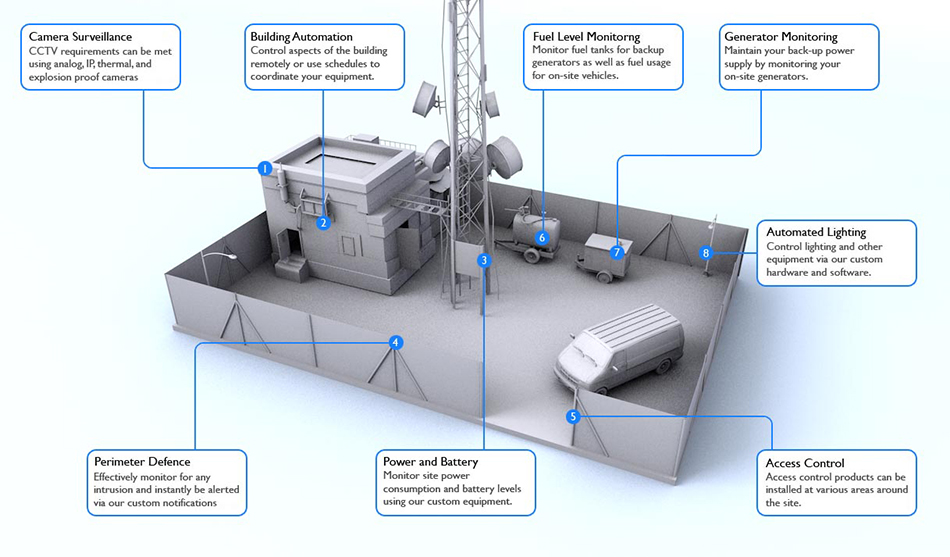 Telecoms industry regulators have by and large taken an increasingly laissez faire approach to governance of this essential public service, while fiscal austerity has been cutting into programs that provide subsidies and other incentives for telecoms network operators to invest in and take on responsibility of providing services to areas and markets, such as sparsely populated rural communities, where profit margins are very thin, if present at all, Mangum highlighted during an interview.

Regulators haven't been able to keep up with the pace of change effectively. The shift to a more laissez faire regulatory approach has increasingly left the executives of banks and telecoms providers to make their own rules, establish their own standards and do their own policing. Left to their own devices, telecoms services providers cannot justify putting billions of dollars at risk to provide communications services in these market segments.

As subsidized federal funding to make broadband Internet and communications services accessible to under-served Americans nationwide, such as that provided by the Universal Service Fund (USF), has evaporated, Tier 2 telecoms providers that had focused on serving rural areas – the likes of CenturyLink, Frontier and Windstream, for example – have shifted their investment priorities in bids to cater to enterprise businesses and expand into larger, more lucrative markets, both geographically and in terms of broadband service offerings, such as that latest video-on-demand offerings, Mangum pointed out.

As the U.S. wireless market reaches saturation, the businesses of even the largest telecoms providers in the nation – AT&T and Verizon – are increasingly coming under pressure, raising the specter of a complete market failure.

Verizon, for instance, has been shedding its legacy voice and landline business lines and infrastructure. AT&T has adopted a more horizontal strategy in a bid to acquire video and content providers but has been rebuffed by the Dept. of Justice, Mangum noted.

“The FCC isn’t giving these issues enough consideration. Approximately four years ago, the FCC provided regulations to, but did not outline, any backup power requirements for [telecoms] carrier sites. So while the CAF II and A-CAM funding have meant billions of federal dollars for the expansion of rural broadband, guidelines for expanded service focus only on service speeds. Carriers receiving this money are not being asked or mandated to add batteries and/or backup battery management systems,” he explained.

CAF 2 refers to the second phase of the federal Connect America Fund, a program that picks up where the now defunct Universal Service Fund (USF) left off by subsidizing upgrades to broadband and other telecoms services in rural and remote communities. Analogous to CAF 2, A-CAM is the Alternative Connect America Cost Model, which applies to rate-of-return Internet/telecoms carriers.

Electrical power and communications in times of emergency

The need to energize and power telecoms networks and communications, and do so with very high reliability – even in the event of natural or man-made disasters – is another facet of this troubling trend.

Under previous regulatory regimes winning FCC auctions to operate landline and wireless communications networks using government-regulated radio frequency spectrum came with requirements to provide very highly reliable services no matter what operating and environmental conditions were like. That extended to encompass communications for police, fire departments, hospitals and medical centers and all the mix of other private and public sector organizations that provide disaster and emergency response service providers, such as power and water utilities and the authorities responsible for public transportation, including roads, bridges and tunnels, as well as mass transit.

It used to be that a person could pick up his or her home phone and almost without fail hear a dial tone – even amid the worst storm or weather event. That's not the case today, Mangum said. New and incumbent broadband telecoms providers have been shedding these and other public service obligations as they bid to gain market share or shed marginally or unprofitable business lines and service territories.

In its net neutrality ruling this past week, the FCC decided broadband internet did not qualify as a  regulated communications service. That means broadband network services providers – and nearly all network communications are now being delivered via broadband networks – do not explicitly have to guarantee storm- or disaster-hardened service reliability. Without an explicit requirement, they are forgoing investments in back-up and emergency power generation, Mangum says.

All this puts the entire nation's ability to communicate at risk and raises the specter of a systemic market failure that would require many years, and many billions of public and private sector dollars, to recover from.

We delve into these troubling portents further, and discuss possible solutions, with Servato CEO Chris Mangum in the next installment of this three-part series.