National IT Professionals Day is next week: How do you set your utility IT department up for success? How does your IT department support the rest of your enterprise?

The third Tuesday in September (so this upcoming September 21) is known as National IT Professionals Day. No doubt the increasingly digital utility industry couldn't operate to its fullest potential without the expert and engaged IT departments keeping the data coming in, the communications running, and the tools available for the rest of the enterprise.

In advance of this day of recognition for all our IT professionals do, I wanted to kick off a relevant conversation with the Digital Utility Group as the most directly relevant community on Energy Central:

Let's compile a great list of advice, wins, and insights to share with each other ahead of National IT Professionals Day-- starting with you sharing below!

As a technology company with solutions for utilities, we are fortunate to always have our IT teams integrated to new projects right from the very beginning, which can be a new experience for some of our utility partners.  We always try to include our IT leaders  with clients while we define the goals and success criteria, as well as understand and document the CX plans and user stories.

Because virtually every project involves customization or configuration of IT assets and applications, we find that early engagement and the essential role of IT in "blueprinting" our programs help align the delivery teams and keep them aligned right from the start.  We know that our projects finish on time, on budget, and deliver faster performance ramp-ups when IT has a central role in the project, as opposed to being directed only as a delivery resource.

Recently, I've enjoyed interviewing delivery leaders for big transformation projects for our blog, and the advice always resonates with the need to keep the customer perspective at the center of the project.  "Geeking out" on the customer experience always happens at the start of a project, and IT leaders aligned with those goals at the start find it easier to maintain that customer focus throughout the design and deployment of IT.

My simple view back to this is IF you do not start with IT/OT being in the same room, on the same page, have the same vision, simply enjoy your lists and firefighting activity. If there is no top commitment to recognition that digital and energy need to be connected at the hip then it is not going to happen.

I worked 15 years on the utility side and since 2 years on the tech side of the business and my conclusion is that it all boils down to people and their attitude to co-operate and work together. In any organization certain mental models are present which are counterproductive to collaboration (e.g. influence, loss of control and relevance, career ambitions) and need to be overcome. This requires applying certain sophisticated change management techniques which MUST be triggered from top management ('change starts from the TOP' is the principle here). IT/Big Data/Cloud/Technology units within utilities are strongly exposed to cross-department and cross business unit interaction and therefore are facing massive collaboration challenges and should be trained and enabled to deal with this. Given the fact that they are a cost center to most makes their life even harder. Looking beyond their own organizations to identify new innovations and trends they should be curious and open to explore and overcome the well known and present 'not-invented-here' patterns.

Given the fact that technology and data will be the key ingredients to move the electrical energy system to net-zero, their is a clear call for action to work on the above elements and 'get-going-and-moving'.

I think every project I have been involved in has had a strong IT component. One of the key catalysts for success has always been how well the two groups (IT and Line of Business) worked together. Too often the relationship is cold or combative, and the teams don’t work together to achieve the common goal. The lesson I have learned over my career is that IT must be a strong member of the team. This means engagement, communication, and transparency. The IT role needs to be well defined, and everyone must share a common view of the tasks and timeline to ensure ownership is established. This isn’t rocket science…it is a basic principal of project design and management but without it, success is difficult to achieve.

My short answer to this question is to leverage IT to get Energy Transparency in the businesses. If I take Switzerland as an example, I was there in big industries where they make private jets, another made trains and metro's and a student from mine is now in car paint factory where they spend 2.3 million Franks per year... just for electricity. The amazing fact was that they didn’t know where the electricity was going after the main meter. So it is like an accountant that writes only the Revenue in the financial statement, without subitems. It will be impossible to run such a business. In the same way, Energy Management is impossible without more info on where the energy is going, and when.

So I developed a mobile Energy Management System (MEMS) as an alternative of the usual EMS that we know since decades, where a network of meters is hardwired to a computer where the display and data crunch applications reside.

The EMS is very useful but tailor made and expensive. Therefore, the last decades were not enough to proliferate them into the medium and large consumers. And that was true also for the above mentioned Swiss large industries.

So what was my idea? To develop this MEMS and start going to medium industries and tell that I could help them with Energy Transparency without installing and configuring the data points. Just hire my 12 boxes for a week or so, connect them to the known energy intensive departments / plants and then look to the resulting Energy Consumption Graph (ECG™) on the cloud EMS. Indeed, the graphs look like a medical ECG and it is possible to understand what is happening in your plants at an eye glance. So starters in Energy Management don’t have to spend much to … start.

I presented a patent and learned that worldwide nothing similar was patented before, at least not in the context of Energy Management.

So I think it is time to use IT for Energy Transparency, at least for the large consumers. I think that all large organisations can answer for themselves if they know where the energy is going after the main meter and if they are able to produce at least a pie chart of the largest consuming plants or departments. If not, it is time to change and learn from the CFO!

Paul commented on ...
4G LTE Projects Come With Years of Valuable Lessons
Many good points but one I thought was especially relevant: 6. Identify and leverage a strong executive sponsor. 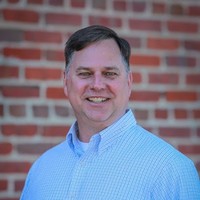 Steve commented on ...
Electric distribution reclosers can be cyber compromised to cause devastating wildfires
Joe, good points in this article.  I have had several utility cyber people tell me one of their big worries is that a distribution level...

Randy commented on ...
This software supply chain flaw killed 346 people
Great article Tom! To me, 2 other factors come into play for this tragedy. The merger between McDonnell Douglas and Boeing in the 90's.
Energy Central Jobs
Featured Jobs
More Jobs