From Missile Defense to Grid Modernization 2: A Conversation with mPrest's Ron Halpern Distribution of electricity is increasingly becoming a two-way street, perhaps more along the lines of an air or ground traffic network, as utilities and their customers deploy variable-output renewable energy resources (DER) and equipment, appliances and devices that can shed load on demand. That's putting a premium on a utility's ability to adapt to fluctuating grid conditions “on the fly” in order to balance load and generation at any given time, at any given point or across an entire network.

Best known for deploying the command-and-control systems platform for Israel's Iron Dome missile defense system, mPrest recently announced it was integrating Houston-based Innowatts' “beyond the meter” DER and demand response (DR) applications into its Grid Modernization System of Systems. As a result, according to mPrest, its grid systems management platform affords utilities unprecedented visibility to loads and generation resources both in front of and behind the utility meter, as well as the ability to predict and adapt to fluctuating electricity flows in real-time and "on the fly."

MPrest Chief Commercial Officer Ron Halpern highlighted the main benefits the company's experience and strategic approach to grid modernization command-and-control systems development convey to its utility customers in part one of this series. We continue that discussion here in part two.

Securing grid assets from sabotage and vandalism is implicit in utilities' customer and their broader social contract. That has become a grand challenge as they make use of the latest computing and communications technology to restructure and modernize their transmission and distribution systems and capitalize on investments aimed at enhancing grid efficiency, reliability and resiliency.

Digitization and decentralization of grid assets and operations opens up wide, new vistas of opportunity for cyber attacks. Striking the right balance between the need to deploy new, digital grid assets and link to customers' “beyond the meter” resources as quickly as possible while securing them poses utilities with challenges they never have faced before.

MPrest considers cybersecurity one of the strongest aspects of its Grid Modernization System of Systems.

Openness, scalability and speed to deployment 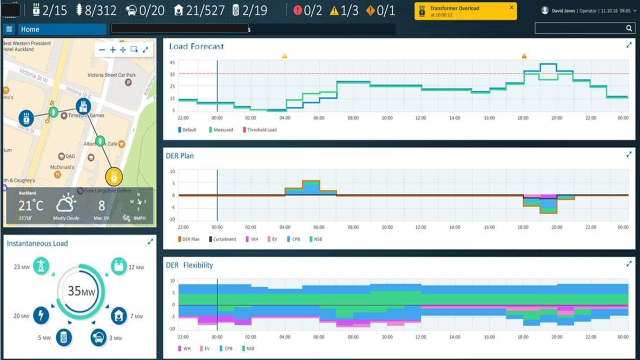 The speed at which MPrest is able to deploy its grid system of systems is another strong point, according to the company. MPrest's platform overarches and plugs into utilities' existing information systems and applications. Rather than having to uninstall them and install new applications and systems, Mprest builds interfaces to them. That saves a lot in terms of time and money, Halpern pointed out.

“The Israeli Navy didn't agree with that [a complete information systems and platform overhaul}, so they went with our vendor-agnostic approach. I think that's key,” Halpern said.

MPrest's open approach to grid system-of-systems development also conveys benefits to utilities, Halpern continued. MPrest scans the marketplace for “best in class” applications and systems developers, such as Innowatts, and folds their offering directly within its Grid Modernization System of Systems. That stands in contrast to simply recommending and reselling third-party applications and software platform modules.

Taking an open approach to information systems development conveys other benefits. “Many of our customers are very interested in our products, but they want to expand on them but not be forced to come back to us for those services. Giving them the ability to scale and add applications on their own is another key part of our genome, so to speak,” Halpern said. “That came out of our background [in building system of systems for national defense and the military].”

Furthermore, “these are real-time systems. As you could imagine given our platform is based on Iron Dome, all these have to be real-time systems. So long as data is coming in in real-time, we are real-time.” In addition, mPrest gives the utilities the ability to implement changes 'on the fly' without having to call in an outside vendor. “We empower them to grow the system on their own,” Halpern said.

“To give you an example of how vendor-agnostic we are, a New Zealand customer, Vector, the largest energy distribution company in the country, is very forward-looking. They consider themselves a high-tech company rather than a conventional distribution utility.

"They're using our system as they experiment with P2P (peer-to-peer) distributed energy trading and V2G (vehicle to grid) integration. We sat down with them and within one month we integrated with 10 of their subsystems – to their SCADA (supervisory control and data acquisition), ADMS, GIS, their battery cloud and to their cloud DR and EV platforms.

“Then we showed how they could manage their DERMS and DR platforms together as part of entire end-to-end grid management system. As a result, we're able to shave billions of dollars off costs.

"They [Vector], like many distribution utilities, see how average demand is in decline, but in many cases peak demand is rising because of urbanization and greater reliance on electronic and electrical devices. Utilities have been catering to manage peak demand  even as they're realizing they won't need to support as high a level of peak demand overall grid demand declining.”

At present, mPrest's Grid Modernization System of Systems supports nearly all DERMS use cases, according to Halpern. That encompasses load shifting and peak demand shaving, as well as managing spinning and emergency, back-up generation resources and auxiliary grid services, such as voltage and frequency control.

DRM is also fully integrated within its platform. In addition, mPrest's platform supports energy cost arbitrage. “We have a market feed to a financial management system that supports arbitrage of peer-to-peer energy trading. We're able to do that in any market, from retail to wholesale and adapt to supporting network constraints,” he said.

“DERMS are very sexy – everyone is talking about them,” Halpern told Energy Central. “However, many vendors come from a VPP (virtual power plant) or microgrid background. In both of these, you need to manage multiple DERS,  but doing so from the perspective of an entire grid network is much different than the level of a campus or community microgrid.

"Many DERMS vendors started out from a microgrid or VPP background and now they're trying to bring it up to the utility level. We designed our platform for utilities from the bottom up.” 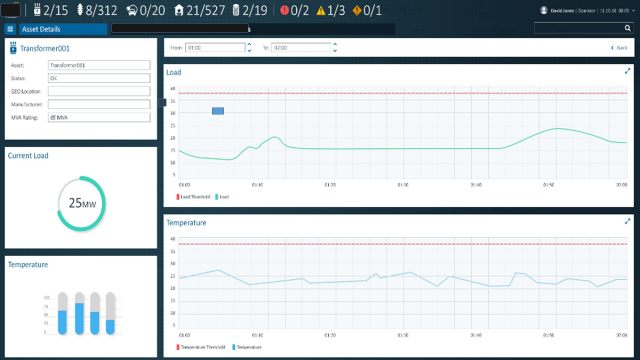 The asset management capabilities of mPrest's Grid Modernization System of System also differentiates it from competing offerings, according to Halpern. “Our first customer, the New York Power Authority, began using our system for transformer health management. They now have many more assets under management.

“The typical DERMS doesn't assess asset health. Ours, on the hand, can predict potential failure of a feeder line or transformer, for example. We can predict whether a piece of equipment will continue working at 75 percent capaicty, or whether that should be derated to 50 percent.

"If the energy supply on a feeder line drops suddenly, for example, we're able to factor its asset health rating into the decision-making process. An ADMS vendor typically has asset health management, but under a separate platform,” Halpern said.

Summing up Halpern said: “We can look at everything – every single asset from a network constraint and health condition perspective and take that up to provide an entire end-to-end picture of grid status conditions anywhere at any given point in time.”

Looking ahead, Halpern said mPrest has signed several contracts with US utilities that intend to deploy the Grid Modernization System of Systems. He wouldn't divulge their names, however; at least until the deals are sealed and customers agree to go public with an announcement.