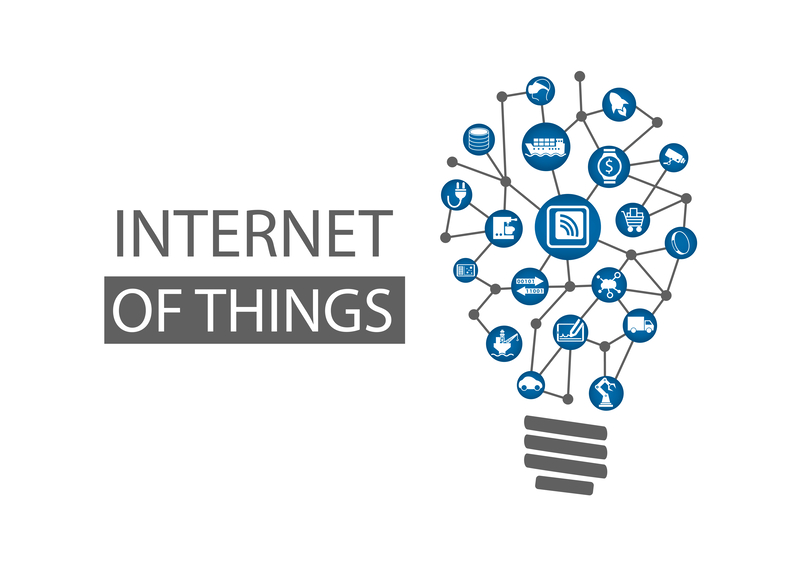 I’ll offer some rudimentary thoughts. IoT is an obscure moniker, like most, that needs to go away. Likewise, Secure Digitalization will mean nothing to most people other than those paid to market, sell, connect, or protect the devices. For everyone to be engaged in the importance of the discussion, we can’t keep reminding people what we’re talking about when we discuss these interconnected devices. The reference must be simplified. I offer nothing of worth for a name. I’m only reminded I am constantly educating the professionals and consumers regarding what and why it’s essential to understand the opportunities and risks.

As a utility we are consistent layering on IoT services for consumers, both for sale and as a recurring service. We have a very robust support structure. We’re expanding or efforts in security monitoring and mitigation.

Late to the topic, but I would not say that IoT is a tired topic in the industry. I'm an active member of the IoT Alliance Australia, and regularly (monthly) attend a forum of water utilities discussing IoT in the water sector here in Australia and we are not even talking about digital metering as it's a tired topic :-) because it's 'been done' to death, and every utility here in Australia is either rolling them out, or about to roll out, or completed their pilot.

There are various IoT use cases being deployed, piloted or in the POC/POV process. These include IoT being used for water quality monitoring (in dams, creeks, etc.) flood level monitoring, sewage pipe inspection, etc.

The water sector here is developing an IoT guideline for the entire Australian water sector (it is also based on an IoT guideline/tool that I have developed for a utility prior as well as a Digital Reference Framework for the Water Sector, again based on an IoT Ref Framework which I also helped develop). And happening most recently, an IoT Water Hub has been set up to help develop/create IoT value for the water industry, which comprises of Academia, industry partners, and organisations like the IoT Alliance Australia.

But I must say the take-up of IoT-based projects is still nascent in the water sector, as there is still much to be done/educated. There is still a SCADA vs IoT mentality (and will be for a while), as IoT is still seen as not being secure enough (rightly or wrongly) to be used for control purposes (as in controlling actuators). I would say each Water Utility would have a different maturity approach to IoT.

In the Energy sector, my involvement is only scratching the surface at the moment, but I have seen presentations from energy generation companies using IoT as a complimentary solution mostly for monitoring the environment, especially in the case of renewable energy.

I have been involved in reviewing cybersecurity in the Microgrid space, and I treat DERS (Battery systems, EV charger, solar PVs, etc.,) as IoT endpoints. I recently found out that NIST 'classifies' DERs (in microgrids) as Industrial IoT (so I was most happy).

I'm currently 'trying' to see how IoT can be applied in (what we call in Australia) Renewable Energy Zones (REZ)s. If you're interested, you can search for REZs in Australia.

In the rates area the IoT is definitely not a tired topic. Rate analysts are excited (well, most of them anyway) at the treasure-trove of data available and the potential for designing real-time rates, based on customer choice of how electricity is used and when it is used. I see this topic growing in importance as we learn how to maximize the data potential.

Personally, I favor the name "Secure Digitalization" in place of "IoT". gmail

Samir Trivedi
Passionate people person | Believer in sustainability solutions | Smart energy and solutions, Simplify technology complexity = Business equations for growth
About 6-8 years ago IOT was a buzz word but today it is a "must" for many innovative, and real problem solving applications delivering what we call "outcomes" or the automation. IOT generates values data which can be used to provide insight into what and why for many services. IOT has gain more adaption in recent years as we all know. Use case based IOT integrations can deliver ROI for utilities with much needed customer satisfaction at the same time.
0

Use case based IOT integrations can deliver ROI for utilities with much needed customer satisfaction at the same time but more needs to be done. This would open up more discussion even at the investors’ level.

I agree that security is integral part of IOT solutions. We are on daily basis exposed to some vulnerability because connected technology now way of life and it can not be denied. I am oping agreement:-)

Cities for example were not open to making themselves "smart" 10 years ago but now we see more automated parking as a minimum in most cities with connected edge device and payment systems. In my experience I have not seen any one calling at the parking spot in past few years. Every one starts punching and inserting credit cards. I think we are getting better at security but also agree that it will never be zero security breach so pick our pill. Thake blue pill and you never have to use the IOT. take red pill and the experience would be amazing:-)

Henry commented on ...
Energy vampires! Are data centres really to blame for housing delays in West London and Slough?
Thanks for the post, Wayne.

Matt commented on ...
The KJ Show Episode #28 - Smart Grid Solutions?
Substations are more important than ever amid supply chain shortages and the attacks some utilities have experienced on them by bad actors.
Energy Central Jobs
Featured Jobs
More Jobs