INSIGHT: Crypto and a Song for the Saints Tesla’s CEO Elon Musk admitted in a recent interview that Bitcoin’s structure is “quite brilliant” and it is “a far better way to transfer value than pieces of paper” pointing to the way of the future of money. Being the CEO of an electric car, solar panel, and clean energy storage company, Mr. Musk cautioned that nevertheless “one of the downsides of Bitcoin mining is that computationally it is quite energy intensive” as it metabolizes electricity into money.

When the electricity used for mining cryptocurrencies is produced from coal or other fossil fuels that cause the most CO2 and other greenhouse gas pollution, the toll cryptocurrency takes on the environment—with destruction manifesting in various parts of the world—is immeasurable.

A stark example of this environmental cost in the context of Bitcoin occurred on Sept. 4, 2017—only five months after 195 countries signed on to the United Nations Framework Convention on Climate Change (UNFCCC), Paris Agreement—and involved events in two completely different parts of the world. These events—China’s “Bitcoin” ban and the Caribbean’s hurricane Irma or “Irmageddon”—were the two most researched terms on Google during 2017, with an invisible thread connecting them to one another.

Whereas on March 14, 2017, Chinese President Xi Jinping announced that he was going to establish the “digital silk road of the 21st century” and revolutionize a blockchain based mobile cross-border payment system, leading a global force in several areas of the blockchain based digital economy. Encouraged by this news, investors from all over the world flocked to buy Bitcoin—which ranked as the world’s best performing currency six out of the last eight years since its debut in 2009—to capture once-in-a-lifetime gains. Rumors of Bitcoin Mania, possibly surpassing the Tulip Mania, spread across the World Wide Web with a mixture of fear and excitement.

Around-the-clock cryptocurrency trading and wider adoption kept pushing up Bitcoin’s price, which rose twentyfold from $1,000 at the beginning of the year to $20,000 by the third week of December. This created an exponential demand for cheap coal-fueled electricity for cryptocurrency mining, which required nearly 100,000 times more computing power than the world’s 500 fastest super computers, which in turn caused more CO2 and other greenhouse gas pollution. Chinese CO2 and greenhouse emissions reached a new high during 2017 making China the world’s largest greenhouse gas emitter, a title the country continued to hold on to during 2018.

On June 1, 2017, when President Donald Trump announced that the U.S. was pulling out of the UNFCCC Paris Agreement, which lacks an enforcement mechanism, China—both the largest consumer of coal and the largest solar technology manufacturer—clenched the mantle of world leadership on climate change.

A new paper suggests that the UNFCCC Paris Agreement’s aim of limiting average global temperature increases to 1.5 degrees Celsius is likely to miss the mark since it requires substantial changes to individual countries’ plans to accomplish these measures. Such measures are still vague and hard to implement within the required deadlines. Accordingly, China’s choice between coal and solar energy is likely to have an impactful and lasting effect on global warming.

“Coal pollution has real consequences for our environment and public health. While the White House props up the coal industry, we’ve been working w/ partners like @SierraClub to retire plants & lead the transition to clean energy,” explained Michael R. Bloomberg, in a tweet. Bloomberg serves as the U.N.’s Special Envoy for Climate Action. Bloomberg has given away $6.4 billion of his own money to shutter coal-fired power plants and worked across sectors and with a variety of partners globally to actuate change in existing energy systems, forcing dirty fuels out of the energy mix and lowering the policy and market barriers to renewables, efficiency, and other clean, low-carbon, solar energy solutions.

Amid levels of heat-trapping greenhouse gases in the atmosphere reaching a record high, sea levels rising, oceans acidifying, and 18 back-to-back named storms—from Tropical Storm Arlene to Tropical Storm Rina—became the ‘new normal’ in the Caribbean during 2017. Ten of these storms transformed into hurricanes, and five of those hurricanes—Harvey, Irma, Jose, Lee, and Maria—attained hyperactive and catastrophic status.

As China banned Bitcoin transactions, in the Caribbean on Sept. 4, 2017, Hurricane Irma—which formed on the heel of Hurricane Harvey—intensified to reach a category 5 storm that was roughly 400-miles in diameter. For the next eight days, spinning counterclockwise around the eye with a force of 200-mile-per-hour winds, Irmageddon began tearing through the Caribbean, downing the operational and largely fossil fuel-powered electric grids along the way, leaving in its wake a trail of calamitous damage of $202 billion with up to 60 percent of homes and 400 boats destroyed and at least 134 dead.

Irma was the strongest annular hurricane observed in the Caribbean on record and the second most intense tropical cyclone worldwide during 2017. Irmageddon hit particularly hard in the northeastern Caribbean, the Florida Keys, Antigua and Barbuda, Anguilla, the British Virgin Islands, St. Barthélemy, St. Martin, the U.S. Virgin Islands, Puerto Rico, Dominican Republic, Haiti, Cuba, the Bahamas, Turks and Caicos, and other islands in the Caribbean Sea—“these islands from the ocean which stood strong for centuries,” as country music artist Kenny Chesney described the region in a song.

Survivors on St. John, the smallest of three main U.S. Virgin Islands, tackled the rebuilding efforts resiliently and creatively. After being cut off from power for six weeks, a survivor used debris from a nearby home to spell out “Send Tesla” on the ground to attract solar power installations to the island to replace fossil fuel electric grids. Chesney, who solemnly stumbled upon the wreckage of what once was his home and served as “a huge part of my music, my creative spirit and my soul,” composed the Song for the Saints album. The proceeds from this album and tour are funding Chesney’s Love for Love City Foundationto finance post-Irmageddon rescue and rebuilding projects in the U.S. Virgin Islands that include solar power projects. “Join the sinner’s choir singing’ a song for the saints by donating your cryptocurrencies” urged Kim Ledger, the foundation administrator.

Since a cryptocurrency is considered property for U.S. tax purposes, it will be valued at the time of donation at its fair market value. Donors of cryptocurrencies of over $500—which are noncash donations—will be required to comply with Internal Revenue Service appraisal requirements by filing Form 8283. The donation will be tax deductible to the U.S. individual donor as follows:

Charitable contributions that are not deductible in the current year, because they exceed the taxpayer’s AGI limitation, can be carried forward for five years.

Over the past several months, Republicans and Democrats have attempted to use the pandemic to political advantage. Within their actions can be found messages--some subtle, some not--of their intentions towards climate change in the post-pandemic..

Release of the "Planet of the Humans", a documentary directed by Jeff Gibbs, unleashed a storm of controversy - as expected. Revealing the false promises driving the renewables industry, however, apparently rankled some venture capitalists. 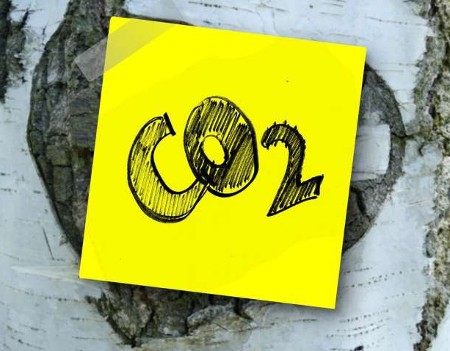 Storing Carbon Dioxide Growing 8.6% Annually – Is it Enough to Keep Global Temperatures from Rising Beyond 2.0 Celsius?

Current growth in CCS storage has averaged 8.6% over the last two decades. To achieve a 2,700 Gt target CCS storage project growth would have to exceed 9 to 10% annually for the rest of the century. This should be doable based on reducing unit..

Storing Carbon Dioxide Growing 8.6% Annually – Is it Enough to Keep Global Temperatures from Rising Beyond 2.0 Celsius?

Richard commented on ...
Importance of Data Modeling in Analytics and Beyond!

This is a rather long posting, but that's because it has to be to cover this topic as thoroughly as needed to establish a firm foundation.

Vladimir commented on ...
Emergency Executive Order 13920 – Response to a real nation-state cyberattack against the US grid

If you look at the demand swings for electricity in a situation like this, they are also pretty low. 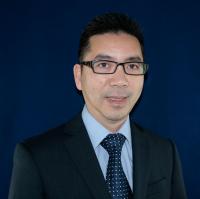 Blockchain definitely has a role in the energy sector, and it is being applied in two cases that I know of.