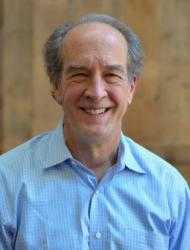 How blockchain could upend power markets

Blockchain, in short, is a secure, decentralized, and highly efficient way to manage and keep track of infinite transactions. Rather than being stored on a central server, peer-to-peer transactions are replicated across a number of computers, creating a data store that records exchanges in almost real time. To ensure the transactions are secure, authenticity and identity are maintained through cryptography and digital signatures.

Bitcoin – perhaps the most-recognized blockchain application – already is challenging conventional money exchangers. According to Cambridge University researchers, almost 6 million people use this cryptocurrency in order to make electronic peer-to-peer transactions without an intermediary such as a bank. And because blockchain technology is decentralized and accessible from multiple locations, Bitcoin funds can’t be frozen, withheld, seized, or taken.

When it comes to electricity, blockchain could offer a reliable, rapid, and low-cost means to record and validate financial and operational transactions. These transactions could include selling and buying electricity – again without an intermediary, in this case the incumbent utility monopoly. In light of the rapid rise of distributed (decentralized) energy resources like batteries and solar panels, some analysts even believe the market for blockchain applications is significantly larger in the energy sector than for financial services.

Blockchain could serve as a backbone technology for electricity markets based on multiple sellers and buyers, or peer-to-peer transactions. This type of market stands in contrast to tradition: “The old system of a few big power plants and vertically-integrated utilities didn’t really need blockchain,” says Michael Liebreich, chairman of Bloomberg New Energy Finance.

But the new, evolving energy system – which gives people more choice and control over their electricity use and costs – could take advantage of the disruptive technology.

Blockchain is gaining particular attention in Europe where utilities have less market control and distributed generation, like home solar and electric vehicles, is accelerating:

Here in the States, Brooklyn residents are testing blockchain technology to buy and sell solar energy.

Who will take most advantage of blockchain remains an open question when it comes to electricity markets.

The ability to trade electricity could increase substantially the power of customers, as well as grid flexibility and efficiency. Blockchain also could enable customers to easily switch to electricity suppliers with better offers. For example, Electron and Data Communications Company have a platform that enables British customers to sign up to a new seller within a day.

Businesses also may benefit. For instance, a factory with solar panels could sell its excess electricity to another manufacturer.

Others argue that a blockchain platform will be a key asset to electric utilities.

So, on one hand, the technology’s ability to circumvent a central point of authority – aka, the utility – suggests individuals and companies will safely and quickly exchange energy services, eliminating a key portion of the utility’s business and revenue.

Yet others argue that a blockchain platform will be a key asset to electric utilities, or:

“… part of the answer to updating and improving centralized, legacy systems with a distributed hybrid system made up of a patchwork of both large power plants and microgrids powered by distributed energy resources such as solar power.”

These analysts admit blockchain will disrupt electricity markets by enabling decentralized power, yet they believe “the established utilities are best placed to evaluate and make strategic bets on blockchain technology’s potential applications.”

Republished with EDF's permission from here.