Getting to “On”: Obstacles Encountered (and Mostly Overcome) at the ChargeNet Stations’ Pilot Location ChargeNet Stations is a public electric vehicle fast-charging and renewable energy infrastructure company. Providing software-as-service, we partner with quick-serve restaurant operators, their brands, and property owners to integrate fast charging, energy storage, and solar carports. The EV charging stations at our pilot location, a Taco Bell restaurant in South San Francisco, are about two months away from full operation. This will be a major milestone in our company’s evolution, and like any achievement of that magnitude, getting there hasn’t been easy.

Not that what we’re trying to do is easy, especially in California – the state’s strict regulations governing interconnection and construction make it the hardest state in which to build. Much of the existing electrical grid is outdated and underpowered to accommodate the considerable demands for transportation energy that a fast-growing number of EV drivers will soon be making on it, especially as the National Electric Vehicle Infrastructure funds are spent and EV infrastructure expands. In nearly all cases, running Level 3 fast chargers means upgrading the grid’s power capacity. This requires builders of charging stations to tie in updated hardware in the form of transformers and switch gears. Here, we encountered a familiar problem across many industries over the past few years: a broken supply chain. The equipment we needed, particularly a switch gear, simply wasn’t available. While we got it eventually, it required paying significantly more than the “normal” market rate.

We fully expected building the first ChargeNet station would bring its share of technical challenges – and we were right. As a software-as-service company, we needed hardware to test our proprietary software, ChargeOpt, on a meaningfully rigorous scale. Lacking it, we had to make do with testing ChargeOpt’s open charge point protocol (OCPP) charger interface in very small intervals of one hour, once every two weeks, with the charger manufacturers – and no such solution exists for the software’s energy storage or energy management control. If we could go back in time to address this issue again, we would do then what we’re doing now: apply for a voucher to perform heavy-duty testing on our software at a CalTestBed site designed expressly for this purpose.

Solving related problems will call for in-house ingenuity and brainpower. The chargers we use run on standard OCPP, but the batteries in our energy storage system have no standard protocol, which can make it difficult to diversify the energy storage supply chain. To solve this issue, we have partnered with Verify Energy, which handles the hardware and onsite connectivity to different energy storage systems.

A secondary connectivity problem we encountered while tying into the chargers was the lack of available event-driven OCPP software. We’re using third-party software to work around this problem temporarily while we develop open-source software that will facilitate event-driven communication to the charger, including advanced features such as smart charging.

Working with the electrical utility is an area in which we will look to improve. During this process, we’ve encountered several delays, particularly in acquiring the necessary permits. We needed several permits to tie into the grid and set up metering for our solar and batteries. The permits have long wait periods, and the delays have been further extended by the utility’s limit of a single permit application at a time. Another source of delay was long response times from the utility when we had questions about how to proceed. The utility’s rules can be challengingly complex; net metering is one example. Uncertain how to interpret rules governing the export of power to the grid, we reached out unsuccessfully for clarity. This was one of two times that, waiting for a response, we appealed to the California Public Utility Commission for a ruling. Those rulings confirmed our interpretations and allowed us to proceed, but filing with the CPUC caused further delay.

We’re also on a learning curve in dealing with California’s various incentive programs – the Low-Carbon Fuel Standard (LCFS), demand response, and the Self-Generation Incentive Program (SGIP). We love green incentive programs. They’re tremendously beneficial to the growth of the EV universe and the reduction of atmospheric carbon that is an integral part of our corporate mission. One issue with these programs, however, is that each one has different reporting requirements that call for different organizations of similar, overlapping data. This leads to a considerable reduplication of effort for a startup like ChargeNet. We would suggest that such programs collaborate to come up with one standard set of data requirements communicated in a standard format.

These are some of the issues we’ve encountered on the long road to getting a single charging station up and running – and we’re not there yet. The United States needs six times the amount of EV charging infrastructure that it currently has. To get there, we must speed up the cumbersome processes of permitting and construction. Several approaches could help, especially if the emphasis is on powering vehicles with cleaner energy than what our nations’ grids currently supply.

Streamlining interconnection agreements, metering rules, and time-of-use rate applications between local and state authorities will take away much of the reduplication of effort required of applicants. On a broader level, removing current obstacles that are slowing the development and deployment of renewably powered EV supply equipment will save all parties money and improve the cost-effectiveness of transportation electrification programs. Expanding the national network of EV charging stations over the next few years requires the adoption of common administrative forms, flexible smart-rate designs, and creative metering configurations. These critical steps will support systems that integrate clean hybrid solar and storage to power EV charging – and make the next charging station that much easier to build and bring online sooner for everyone to start using.

Great to hear about the lessons learned as this is still a relatively new space. Do you find that new installations are readily incorporating the insights gained from pilots? I'm hoping organizations do their research and don't inadvertently try to reinvent the wheel!

It's early to tell in our case, as our pilot has yet to come online, but that's certainly the hope. Although improved lines of communication and streamlining of administrative processes among utilities, agencies, and private companies are important, the big variable that's hard to control for right now is interruptions in the supply chain. We'll really be hoping that some of the recently passed legislation that's relevant here, like the CHIPS Act, leads to quick improvement in this area. 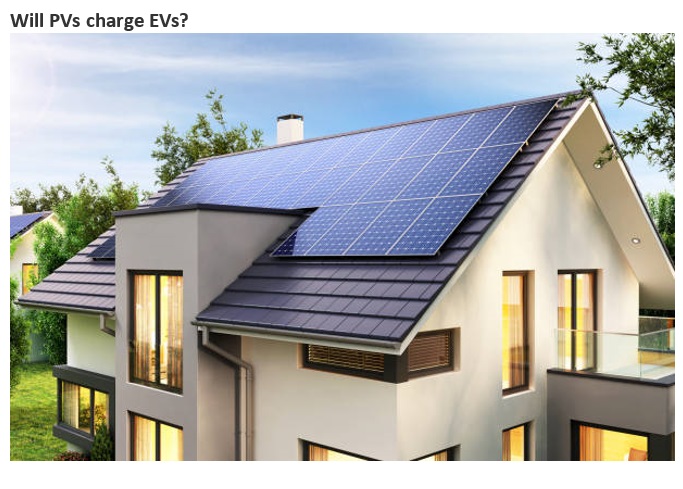