Dr. Peter Lilienthal has been the CEO of HOMER Energy since 2009.  HOMER Energy has the exclusive license to the HOMER® software that he developed at NREL where he was the Senior Economist from...

For a long time, the electric power sector was dominated by coal and nuclear plants. In recent years, new capacity additions were primarily gas, then wind, and now solar. Diversity is a key contributor to a more resilient system. Now, with the proliferation of new renewable energy and storage technologies, diversity is exploding. Partially driven by concerns about carbon emissions and partly by economics, we are now in an era when people can choose different technologies depending on their local natural resources and specific state or local financial incentives.

The traditional electric power system has been based, for about 100 years, on large centralized power plants. In fuel-burning power plants, most of the energy in the fuel ends up as waste heat, but the majority of these large power plants are too large and too far from potential thermal loads to make use of an economically significant portion of this heat. Combined Heat and Power (CHP) plants solves that problem by being sized and located so that the majority of their waste heat can be used. This vastly increases the efficiency of fossil generation resources. Solar power is inherently decentralized because the sun shines everywhere. Renewable energy in general is posing important challenges to the centralized energy production paradigm.

Now that renewable technologies have dropped enough in price to compete with centralized, fossil fuel-based generation, we’re starting to see more innovations in the grid, and in the way that distributed energy resources (DER) are networked and monetized. There’s an emergence of small grid-tied systems – usually solar-plus-storage – as well as microgrids, which can function in either grid-tied or islanded mode. Distributed energy resources with storage and load management offer the promise of helping balance the variable nature of renewable energy resources. They can more easily manage local energy flows, and actually provide support to the main grid in the form of demand response, frequency regulation, operating reserves and other ancillary services that contribute to power quality and reliability. 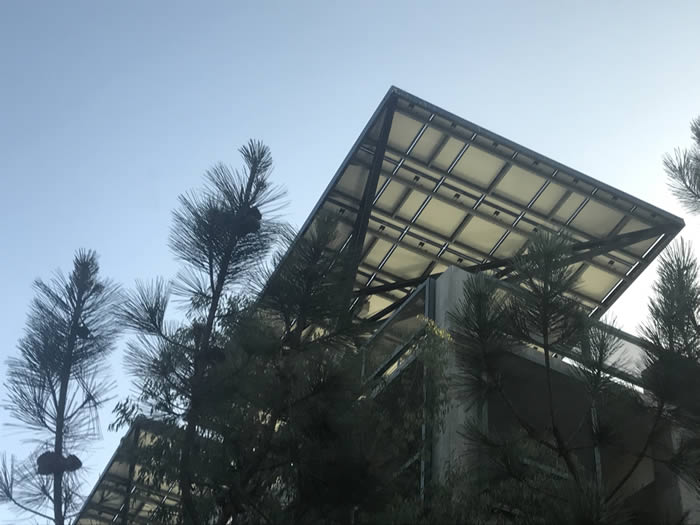 Thermal plants – such as coal, nuclear, and natural gas have substantial economies of scale. This is why no one builds small coal plants. There is research on small nuclear plants, but I doubt anyone wants to live or work close enough to use the waste heat. Putting a small power plant near an electric load is also the only way to create resilience and protect that load against grid outages, since the vast majority of outages are the result of disturbances in the transmission and distribution system.

In a long and widespread outage, such as after a hurricane, it can be impossible to get fuel deliveries to traditional backup generators. That’s why solar-plus-storage systems are now being developed for all critical infrastructure, emergency services, and anyone that wants protection from grid outages. Grid outages are a particularly acute problem in developing countries where they often occur on a daily basis.

Decarbonization is the greatest challenge – and maybe the greatest opportunity – facing the energy sector. Fortunately, the solution is available and the fuel is free. Wind power is already the least cost energy source in any location with a good wind resource. Solar prices are not far behind. The scale-up of these two industries is underway. Although nuclear energy also does not produce any carbon dioxide during its operation, it does not complement solar and wind because it must be operated at a constant output, while the load and the renewable resources will vary. As renewable power becomes more common, the power system needs flexible resources. Smaller generators, for example, can start and vary their output faster than large ones. More importantly, battery energy storage systems (BESS) are the most flexible resource, and their technology is evolving rapidly. It has already reached the point where solar-plus-storage is substantially less expensive than new nuclear and it can be deployed faster with fewer permitting and safety challenges.

A decentralized power system is also a more democratic system. Power has a precise definition in thermodynamics, but it is also an important concept in economics and politics. By putting thermodynamic power in the hands of individuals, the new energy future will also be putting economic power in their hands and taking some political power away from the large corporations that are dominating our political processes. In response to the economic appeal of renewable energy, many utilities are simply trying to force renewable energy technology into the the old centralized energy business model. In some U.S. states for example, we see strict constraints on rooftop solar in conjunction with huge investments in utility-scale solar. Although this is environmentally preferable to investments in fossil fuel plants, it won’t unleash the full value of decentralized renewable energy technology.

Finally, our new energy future is being enabled by advances in digital control and communications. The electric power system is one enormous, interconnected machine, whose output has to match the demand for electricity at all times. This requires a level of communication and control that used to constrain the use of distributed power. Now new digital technologies are changing energy management with software and sensors that can manage bi-directional power flows, automate various technical functions, and integrate equipment responses with information on energy markets, supplies and pricing. Sensors and communications are becoming so inexpensive that devices that can send and receive data will become ubiquitous as part of the Internet of Things (IoT). The revolutionary impact of IoT on energy systems is only beginning.

The opportunity for demand response and energy trading between consumers is enormous but requires the adoption of new digital technologies that are already in widespread use in other industries. Since demand response involves curtailing certain appliances for short periods of time, it will achieve much faster adoption in a decentralized and democratized energy system.

These 6 “D’s” are the key to a future energy sector that is fairer, more sustainable, resilient and is an environmental imperative given the challenge of climate change.

"If you only knew the magnificence of the 3, 6 and 9, then you would have a key to the universe." – Nikola Tesla