Smart cities are expanding worldwide, creating programs and projects that are creating and prototyping exciting emerging technologies. Smart cities can take advantage of innovations in digitization and automation to deliver services to their citizens quickly, efficiently, and securely. Modern goals of increased energy efficiency and reducing emissions are a central part of the benefits that a smart city can deliver.

Many smart cities are investigating blockchain technology, which can bring authenticity of information to be validated through its decentralized structure - because this needs no central authority and avoids human error. It can also provide a trustless database and system in which stakeholders can access data they require, while the data remains secure and untamperable.

Numerous pilot projects are being developed worldwide, despite recent crises in the cryptocurrency sector. Blockchain technology has many other uses than currency speculation.

The EU is piloting a project called ENVISION. This explores the possibilities of harvesting energy from the surfaces of buildings. In cities particularly, because of the 'heat island effect', there is a lot of available energy that could be captured for heating and lighting. In Japan Fujisawa Sustainable Smart Town, near Tokyo, is using a wide range of advanced technologies to benefit its 1000 households. San Diego is one of 10 US cities that have joined the ENVISION America initiative and is pioneering clean-tech innovations. 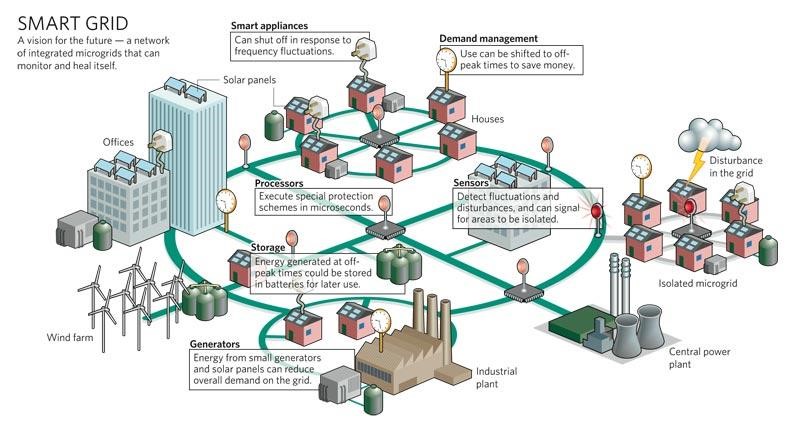 There are quite a few challenges to creating a smart city. Existing cities have legacy infrastructure and often antiquated governance structures. Blockchain can transparently keep track of all kinds of inputs and outputs, including energy production or use, pollution, transportation, education, healthcare. All these can be integrated, for example, with a “City Token” which could reward good behavior, such as litter picking, and penalize bad, for example leaving the air con running might cost tokens or incur higher prices. By using digital voting systems, which are being pioneered by DAOs (Decentralized Autonomous Organizations) citizens can easily be empowered to participate more in decision-making from their smartphone, no need to go out to a winter town hall meeting.

These systems are in their infancy. To fully develop them will take ten or twenty years. However the necessity of creating solutions to the major challenges humanity faces inevitably means that many people will be living in a smart city in the future.