Experienced professional with a demonstrated history of success as a product and strategy leader within high-growth startups and the energy industry. Areas of specialties include product...

Recently, I’ve been following Virginia’s grid modernization debate very closely. I think it’s possible between this case, PG&E / SDG&E, and North Carolina asking Duke Energy to re-examine the economic feasibility of coal plants that we may begin to see how utilities and PUC’s will work together to bring our grid fully into the 21st century.

It might be worthwhile to define what the term “grid modernization” means. A modernized grid would be one built on a platform of smart hardware and software.

The platform would empower utilities, consumers, and service providers with more data, in near real-time, and result in a new set of tools to change how we generate and conserve energy all while making it less vulnerable to natural and man-made disasters.

Earlier this year, Virginia regulators rejected the majority of Dominion’s (Virginia’s largest utility) $6B grid modernization plan and smart meter rollout. Dominion is currently ranked 50th out of 51 large utilities by the American Council for an Energy-Efficient Economy (ACEEE) leaving it desperately behind its peers.

The 10-year proposal was broken down into the following categories: cybersecurity and telecommunications, advanced metering infrastructure, intelligent grid devices and control systems, and grid hardening (resiliency).

Only the first category was approved. The rest were rejected, leaving only $154M for grid mod efforts and only specifically for cybersecurity measures.

Dominion Over Collects on Revenue

Fast forward to today, and Dominion Energy announces they collected $277.3M more than was authorized by regulators, boosting its ROE for 2018 to 13.5%. Approved ranges vary by state, but in this case, Virginian regulators had approved 9.2%.

Dominion wants to spend the over-collection on the types of projects regulators recently denied, namely the Coastal Virginia Offshore Wind Project, smart meter infrastructure, and cybersecurity enhancements. Combined, these 3 projects contribute to a cleaner, more efficient and secure grid – all items consumers indicate are important to them.

So, what is the problem?

In brief, short-sightedness by regulators and consumer advocacy groups combined with big customers that have influence. The former two are in place and funded to protect today’s consumer and the latter usually comes with a big pocketbook for lobbying, or in Virginia’s case is the federal government.

Most of the arguments against grid modernization thus far have been some form of “this will result in higher rates for the consumer”. Yet, this leaves out very important counterpoints like what can grid modernization do for consumption? what can it do for public health?

While costly at the beginning, advanced metering infrastructure is required to accommodate what will ultimately be more diverse, volatile and distributed patterns of consumption and generation that will occur as a result of the growth of things like renewable generation sources, home automation, and electric vehicles.

A modernized grid empowers not only utilities but customers through greater data access. It helps consumers determine the impact emerging technologies like solar, smart thermostats and EV’s will have on their consumption and utilities plan resources to keep our grid up and running.

Without that data, both are left, pardon the pun, in the dark.

The innovations I mentioned above are penetrating the market at record rates and without a more advanced infrastructure, we won’t be able to take full advantage of what they have to offer.

We know the days of allowing utilities to raise rates freely are over, which is a great thing for customers. The next step might be freeing them up to spend on the next step of empowering consumers: modernizing our grid.

In a recent article for Vox, energy and climate change journalist David Roberts makes a case for optimism with regards to our grids going green. You may be asking yourself what’s got old David so excited? Three words: digital circuit breakers.

Utilities themselves can never take a break, but as hardworking utility professionals power down for a few hours, here are some tips we can take away from the Thanksgiving festivities.

How Utilities Can Maximize their Digital Investments

The oft-heard mantra in the utilities industry these days is that utilities need to deploy digital technologies and apply innovation, not only to existing operations, but also to developing new products and services to meet new demands in areas.. 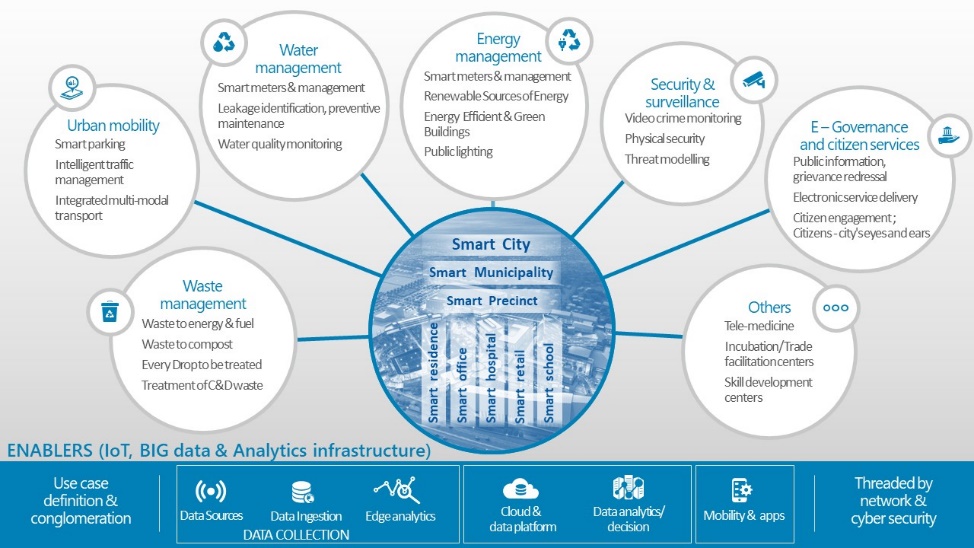 Transcendental Coalescence: In the Age of IoT and Analytics - A Smart City View

A smart city is beyond the aggregation of smart buildings. The aim of a smart city is to unify multiple use cases across its citizen diaspora, in a bid to increase productivity, safety, and security while creating an experience of sustainable..

Energy and the "Internet of Things" Podcast

How Utilities Can Maximize their Digital Investments