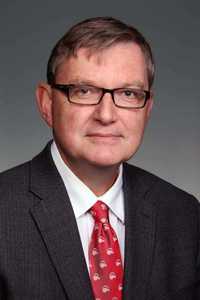 And the winner is… the power and energy industry On the evening of July 19, 2016 at our annual General Meeting, members of the IEEE Power & Energy Society (PES) gathered to honor several of their colleagues for making significant technical, educational and service contributions to the global power and energy community. It is very important to our society to recognize major achievements over the past year—from advancements in electrical power and energy engineering to examples of stellar industry leadership. Our volunteers around the world are investing their time and amazing efforts to benefit the industry and the society. The least we can do is to recognize those efforts through our awards.

This year’s General Meeting in Boston has showcased the great content we provide. With more than 3,300 attendees, the IEEE PES Society-Level Awards marks the emergence of game-changing technology and a year when renewables, microgrids and energy storage are sweeping the globe.

Among all the events at the IEEE PES General Meeting, the Society-Level Awards ceremony is the most inspirational, as industry leaders receive their award and then voice their gratitude for the recognition. For many, it’s a life-changing moment and the acknowledgement from peers is often an emotional experience. The power and energy industry is very much a family and IEEE PES enjoys honoring these very deserving leaders.

But the real privilege as part of the IEEE PES president role is to personally present each winner with their award and then later be photographed with them, side by side. I love this industry and I want to celebrate with my colleagues in their great success.  This year’s IEEE PES Society-Level Awards ceremony honored individuals and their great achievements with just the right amount of pomp and circumstance. As I emphasized during my short speech, it is important that we are all identify and nominate deserving individuals to show how much we appreciate their great contributions.

Please nominate your colleagues for 2017 awards!

And so without further adieu, I present the many great winners of the IEEE PES Society-Level Awards:

IEEE PES Douglas M. Staszesky Distribution Automation Award - Mohammad Shahidehpour
For the development and the deployment of a high-reliability distribution system in a perfect power microgrid at a university campus

Are you a member of IEEE PES and have a colleague deserving of recognition of their industry achievements? We’re taking nominations for the 2017 IEEE PES Society-Level Awards. For more information on nominations, visit http://www.ieee-pes.org/pes-communities/awards.

The interest shown in my article wind and hydrogen  encouraged me to once more reach for the  virtual ‘pen’ and delve into the area of offshore wind floating wind.