One of a small crop of young, pioneering distributed energy resource management systems (DERMS) developers based in Silicon Valley, AutoGrid’s latest financial report shines a bit of light on growth of distributed energy storage capacity and renewables-grid integration in the U.S. and around the world.

DERMS vendors/battery-based energy storage (BESS) integrators such as AutoGrid have emerged as central players in power-energy markets in the U.S. and worldwide amidst the shift to distributed renewable/low-carbon power and fuels, new battery-based energy storage and smart grid technology. The variety of generation sources and applications of the AutoGrid Flex DERM software suite illustrates the increasing complexity and flux inherent in all this.

Shoring Up Grid Capacity, and Intelligence

Raising the specter of blackouts and power shortages, the methane leak at the Aliso Canyon underground natural gas storage facility outside of Los Angeles – the second largest in U.S. history – added substantial momentum to the BESS market in California.

Per a precedent-setting state mandate, California’s investor-owned utilities (IOUs) were already working to add 1.3GW of energy storage capacity to their T&D grids by 2020. Discovery of the methane leak at Aliso Canyon prompted them to move their plans forward.

In mid-August, SOCAL Edison and SDG&E officially asked the California Public Utilities Commission (CPUC) to approve proposals to acquire more than 50MW worth of lithium-ion battery-based storage projects. The utilities’ RFPs set a deadline of four months (until Dec. 31, 2016) for prospective developers to get them up and running, a heretofore unheard of rate. 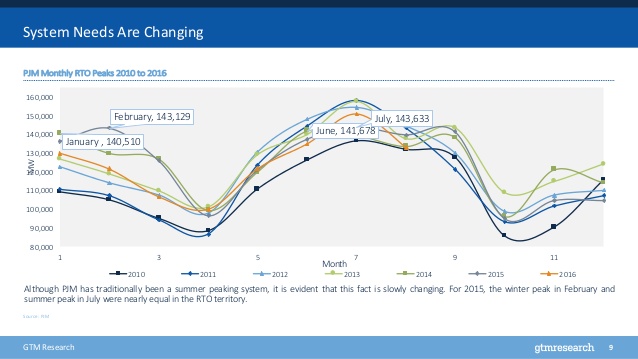 In addition to adding distributed energy grid capacity, AutoGrid had extraordinary success in landing demand-response management systems contracts conducted via competitive RFPs in 2016. Winning 100% of the bids it submitted, the company added 15 new customers in both regulated and deregulated energy markets. That drove both total bookings and annual recurring revenues for 2016 up more than 100 percent year-over-year.

AutoGrid also strengthened its capital base last year, raising $20 million in a funding round that included investments by Energy Impact Partners, a New York City-based investment firm representing some of the largest utilities in North America, Europe and the Asia-Pacific. Total Energy Ventures, E.ON and renewable energy developer Envision Energy also participated in the funding round, according to the news release.

“By offering energy service providers the opportunity to control, optimize and monetize flexible capacity from a wide variety of networked DERs, AutoGrid Flex allows them to innovate rapidly and win in the new distributed energy world.”