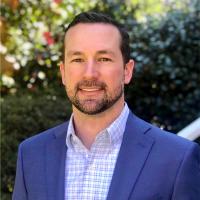 Dustin is the sales and market director for ABB’s grid integration business in the US.  In his role, Dustin is dedicated to leveraging ABB’s technology and solutions to enable customers to...

Is your power grid ready for the next superstorm?

In October 2012, Hurricane Sandy hit the eastern coast of the United States after leaving a path of destruction in the Caribbean. The storm knocked out power for 8.5 million people in 21 states and topped off months of extreme weather that began with Hurricane Irene, which left 4 million people without power.

Such superstorms, which used to happen once in a century, have become more frequent in the years since Sandy. In 2017, two of them – Hurricanes Irma and Maria – hit the U.S. within a month of each other. Apart from the widespread destruction to homes and businesses, Maria toppled 80 percent of the Puerto Rico’s power lines and flooded its generators, leaving the island’s residents with the longest and largest blackout in U.S. history.

A study published in science journal ‘Nature’ found that average speed of tropical cyclone movement has slowed since the middle of last century. This phenomenon makes North Atlantic hurricanes more likely to "stall" near coastlines and caused the record-breaking floods during Hurricane Florence in the Carolinas and Hurricane Harvey in Texas.

These hurricanes, and their increasingly destructive power, have underscored the need to be better prepared for the next superstorm. And the last few years have shown, it is not a question of if but when the next storm will hit. The National Oceanic and Atmospheric Administration (NOAA)’s Climate Prediction Center predicts two to four major hurricanes will hit the U.S. coast in 2019.

There are many ways utilities can reduce the vulnerability of the overall system - or “harden” existing infrastructure - to deal with superstorms. A U.S. Office of the President report showcased the economic benefits of increasing electric grid resilience to weather outages and suggested measures like strengthening and elevation of substations, among others. The benefits of such steps were on display in Florida, where such system “hardening” significantly limited damage from Irma.

The work begins with the identifying critical substations which are particularly vulnerable to storm surge or are located in high flood zones as per Federal Emergency Management Agency (FEMA)'s Flood Insurance Rate Maps.

After assessing the flood risks and elevation patterns, utilities can focus on innovative solutions for substations that can provide early warning capabilities, mitigate potential outages, and reduce restoration times after a severe weather event.

The easiest way to improve substations intelligence in coastal and low-lying areas is to integrate flood monitoring and control systems. Several strategically placed float switches in a substation can be hardwired into its control system and monitored remotely, providing critical real-time status while keeping workers out of harm’s way during a major storm. Such an arrangement proved to be a lifesaver for operators of a critical substation in Corpus Christi, who received real-time data on flood conditions when Hurricane Harvey hit Texas.

Another proven method is to combine the benefits of cost-effective modular equipment of medium voltage substations, which can be installed on elevated foundations, platforms or stilts with relative ease. Protective enclosures for the control system along with standby generators to provide auxiliary power can help keep the system up and running, especially in remote environments.

But elevation of conventional Air Insulated units, which are much heavier and bigger, can pose a major challenge for higher voltage substations. And even after proper elevation, major equipment still remains exposed and complicates maintenance access.

An effective solution to this problem is to utilize gas insulated equipment, which dramatically reduces the size of the substation. This modern equipment allows the entire substation to move inside a building. This ensures that all crucial equipment is protected from the elements and at an elevation above projected flood levels. A number of such facilities, run by Puerto Rico Electric Power Authority, managed to survive the superstorms that ravaged the island in 2017.

Florida‘s investment of nearly $3 billion over a decade to make the energy grid smarter, stronger and more storm-resilient meant most of the substations were up and running within a day of Irma. As a part of the same effort, distribution poles were also strengthened, which contained the damage: only 2500 of them were toppled out of 1.2 million, as compared to roughly 12,000 during Hurricane Wilma that hit the sunshine state in 2005.

The US Department of Energy estimated in 2013 that weather-related power outages cost the economy between $18 billion and $33 billion each year. That seems small change when compared with the last couple of years, when Irma alone caused $50 billion in damages. Considering that superstorms will continue to pound our coastlines, utilities and large power users must stay vigilant on how they plan and prepare for the next major storm, how they limit the damage and recover.

Do you have some best practices to share on how to harden your substations against natural disasters? Please share in comments below.

Many offshore wind developers, oil and gas majors increasingly amongst them,  are actively looking at the generation of hydrogen.