Will ERCOT Remain An Isolated Network?

Texas politicians did not want to be governed by the bureaucrats at the Federal Energy Regulatory Commission (FERC) in Washington, DC. They designed their network with minimal interconnections to the neighboring states or Mexico to the south. That makes the Electric Reliability Council of Texas (ERCOT) the only organized wholesale market in the US that is not regulated by FERC. This gives Texas politicians more say in how it operates, how the prices are determined and who pays for what. For decades, they were proud of this feat, 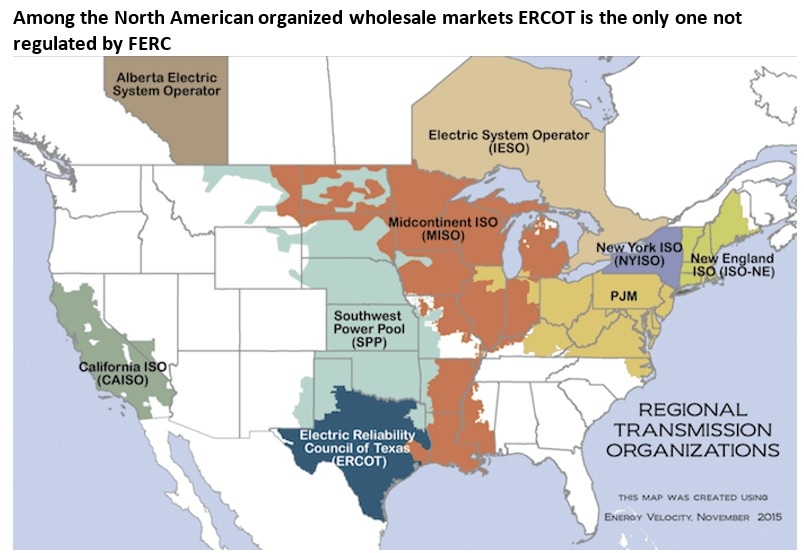 There are other parts of the US where monopoly regulated vertically-integrated utilities still own and operate the entire value chain from the power plants to the customers’ sockets with no competition in either the retail or wholesale market. But Texas is unique in having one of the most competitive wholesale and retail electricity markets without any federal oversight. Historically prices were low by national standards and service quality adequate – until a few episodes of shortages were experienced during cold winters and on a few occasions on extremely hot summers. But the politicians did not wish to join neighboring states, since that would bring pesky FERC into the picture. And who would want that?

Following the mid Feb 2021 disaster, many Texans, politicians included, for the first time discovered that their system is not connected to anyone and could not rely on any help in an emergency. You would think that some minds might have changed on the wisdom of this arrangement but – this being Texas – is not likely. 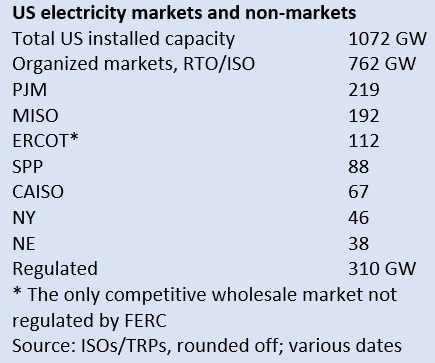 In the midst of the crisis with millions of Texans literally freezing in the dark, former Texas governor and former US energy secretary Rick Perry opined that going days without power is a sacrifice Texans should be willing to make if it means keeping federal regulators out of the state’s power grid. He added, “those watching on the left may see the situation in Texas as an opportunity to expand their top-down, radical proposals.” He went on to say,

“If wind and solar is where we’re headed, the last 48 hours ought to give everybody a real pause and go wait a minute,” Perry said. “We need to have a baseload. And the only way you can get a baseload in this country is [with] natural gas, coal, and nuclear.”

He is obviously clueless about what caused the outages. It was the natural gas, coal and nuclear plants that failed to deliver when they were needed the most. But if his comments and those of like-minded Republican politicians are any indication, don’t hold your breath for any radical change in ERCOT.n

Texas legislators have made some changes following the grid failure, surprisingly passing some heavier regulations on weatherization and priority for bringing power plants back online after being tripped off. One thing they haven't talked about: connecting to the national grid or welcoming any chance for the FERC to come. Changes will come this legislative session and the state's power system will see some more regulation, but we're not going to see Texas emerge from its energy island looking for help.