In the late 1800’s and early 1900’s, bare overhead conductors were generally made up of copper wires. Copper offered excellent conductivity, decent strength and reasonable cost. With the advent of World War I, copper supplies were depleted making bullets, so aluminum wires were used as an alternative. Aluminum offered decent conductivity and was much lighter than copper, but was relatively weak, so manufacturers quickly developed the steel-reinforced conductor known as ACSR. While a number of all-aluminum and steel-reinforced variants were introduced from time to time, the one-hundred year old ACSR conductor is still the most widely used conductor today.

While the ACSR conductor is a good, well-proven solution, it is less than perfect in many instances. ACSR conductors can sag excessively under heavy electrical load conditions; they can self-destruct due to Aeolian vibration, galloping and cyclic load fatigue; and they generally don’t last very long in highly corrosive environments. And, due to thermal operating limitations, they are generally unable to accommodate load growth without increasing wire size and most often the foundations and structures that hold them up.

In the 1970’s a new breed of steel-reinforced aluminum conductors were introduced that could handle higher operating temperatures and increased electrical loads. These conductors, now referred to as ACSS, use fully annealed aluminum strands that can operate up to 250° C. While increased line capacity is very good, electrical line losses at high operating temperatures is very bad and thermal conductor sag has led to a number of sag-trip outages and blackouts. A few other conductor types were subsequently introduced in the 1980’s and 1990’s, such as Invar and GAP, but their advantages were offset by various disadvantages and, as such, were not widely deployed. 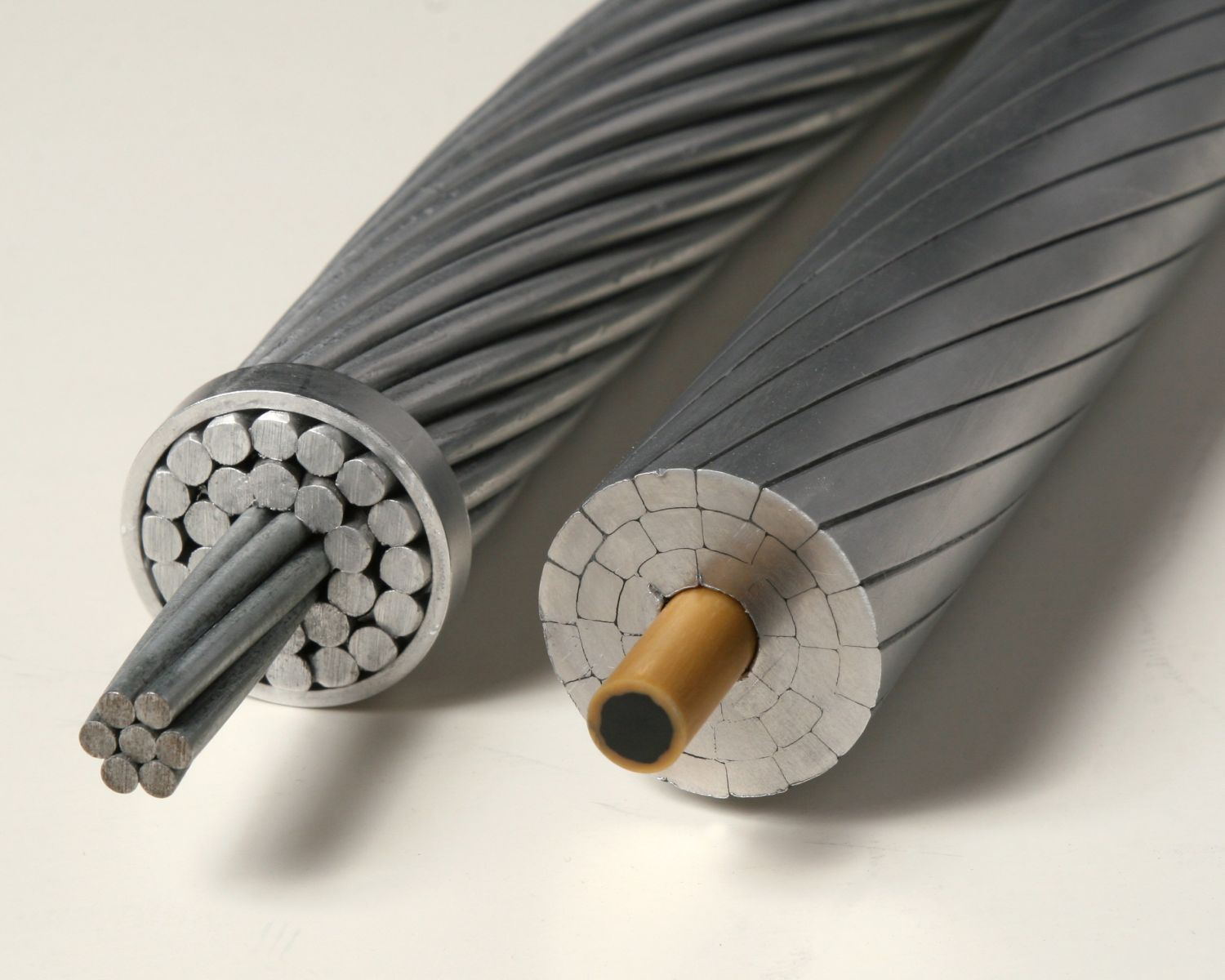 Unlike the ACCR composite core conductor, the ACCC Conductor uses a hybrid carbon and glass fiber composite core that is nearly twice as strong as steel and offers a coefficient of thermal expansion (CTE) about ten times less. The lower CTE of the ACCC Conductor enables higher capacity without thermal sag limitations. The carbon composite core is also seventy percent lighter than steel which allows the use of approximately thirty percent more aluminum – without a weight or diameter penalty. The added aluminum content serves to reduce electrical resistance. Reduced electrical resistance reduces line losses, fuel consumption and associated emissions, while also freeing up generation capacity that is otherwise wasted.

Over the course of the last twenty years or so, it has become increasingly apparent that our growing population is contributing to climate change and our wellbeing is becoming increasingly dependent upon access to affordable and reliable electric energy. Our electric infrastructure in the U.S. has received very low marks and, with changes in load flow, generation mix and increasingly frequent and severe weather events, we can no longer afford to rely on outdated technical solutions and turn our back on the need to modernize our electric power grid.

The use of Modern Conductors has already helped hundreds of Utilities improve the efficiency, capacity, reliability and resilience of the world’s electric power grid; Alleviate grid congestion; Reduce consumer costs; and improve profitability. While change is not always easy, leveraging modern conductors to build a modern electric power grid is essential and probably the most cost-effective means of doing so. The benefits greatly outweigh the costs and new FERC incentive mechanisms will make this very apparent in the coming months. Stay tuned.