Matthew Willis has more than 13 years of energy industry and academic experience. Most recently, he was Manager of Business Development for Monterey Bay Community Power. He also served as the...

This item is part of the Predictions & Trends for 2020 SPECIAL ISSUE, click here for more

In the early 2000s, the introduction of smart meters and the smart grid signaled the seeds of change as new technologies were integrated into the traditional grid. However, 2020 will be the beginning of a true power grid revolution. The seismic shift in how energy is generated, delivered and consumed will be ushered in by larger energy consumers that take control of their energy supply by producing, storing, sharing and consuming their own power.

This revolution will begin on the edges of the grid and be spearheaded by industries where energy access and reliability are mission critical for their operations. Power interruptions aren’t just inconvenient – they can alter a company’s trajectory and, if outages become frequent, can make staying in business unviable. Coupling this motivation with the fact that large energy consumers have access to capital and various types of financing structures, it is clear that they will lead the energy independence wave.

In 2020 there will be a perfect storm for a major power grid revolution.

California is the world’s sixth largest economy, yet its power infrastructure is antiquated – contributing to the state’s largest utility having  to voluntarily shut down power to over three million people in one month last Fall. As the utility built a 10-year game plan to address its problems, the reality of the new energy reliability norm began to set in across the state.

With the traditional utility structure, the grid is centered around population hubs. Moving further away from city centers, the infrastructure begins to taper. For one California industry sector – agriculture – this is important, as many agricultural and food processing companies operate at the edge of the centralized power grid. As such, the quality and stability of their energy are consistently poor.

In addition, power outages have been persistent. With storm-caused outages during the winter and the recent public safety power shutoffs (PSPS) during the dryer summer months, outages are now year-round. Compounding this, the timing and duration of those outages makes it difficult for growers to plan ahead and adjust production accordingly.

Add in the cost of energy consistently increasing - over the last two years energy costs for ag customers in some areas have risen 20 percent – industry leaders are looking at savvy and secure ways to achieve power independence.

What is happening in California is a microcosm of what we can expect to see across the country beginning in 2020.

The move to energy independence will really become a move to intelligent and renewable microgrids. Microgrids are localized grids that can disconnect from the traditional grid to operate autonomously. Because they are able to operate while the main grid is down, microgrids can strengthen grid resilience and help mitigate disturbances as well as function as a grid resource for faster system response and recovery. They also incorporate renewable generation resources such as wind and solar. In short, microgrids are a sustainable way to provide energy reliability, price stability, operational resiliency and economic opportunity.

So why is 2020 the year they go mainstream? A few major trends. 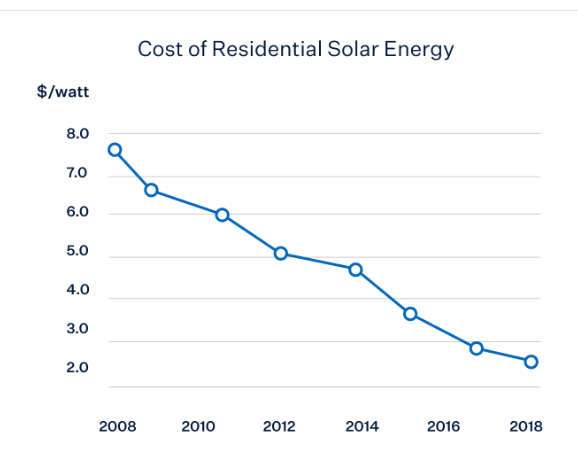 Another key variable is the cost of battery energy storage systems (BESS). In just the last two years, we’ve seen the price of BESS decline significantly and we’re just at the beginning of that trend. The wind doesn’t always blow, and the sun doesn’t always shine, so storing energy to use later is a critical element of an intelligent microgrid. 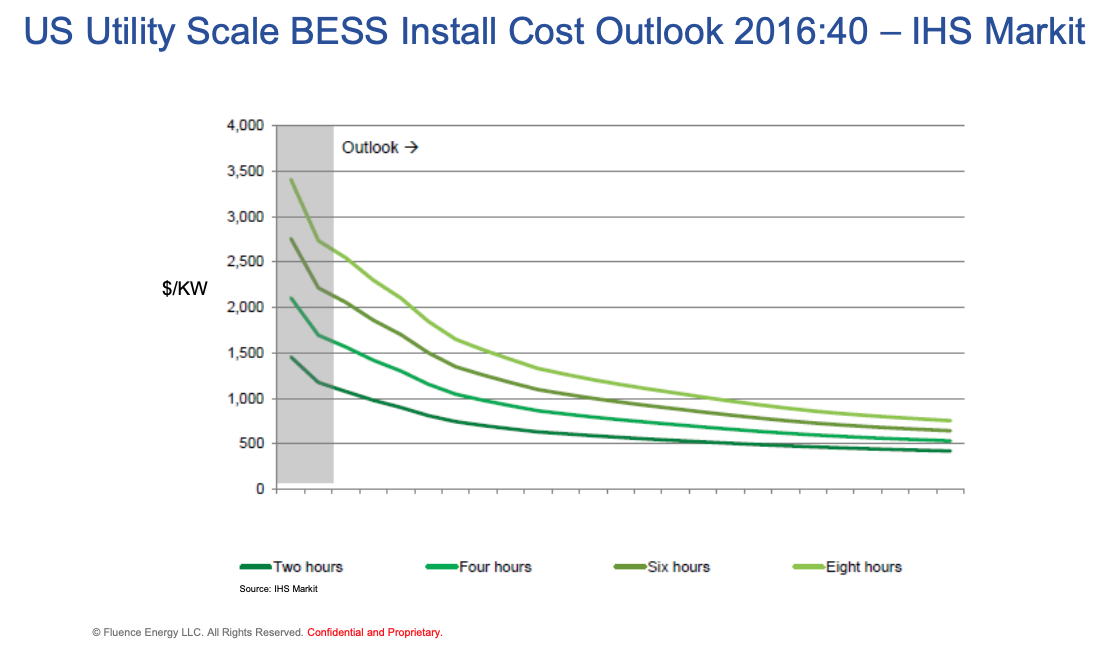 As far as BESS has come, there is still a gap between load and renewable generation and storage that can only be met by firm generation. One example of an efficient firm power source is natural gas engines that may or may not be cogen. The cost to fuel these generators has been trending downward. In fact, the cost of natural gas fuel in 2019 was just about a third of its cost in 2009. 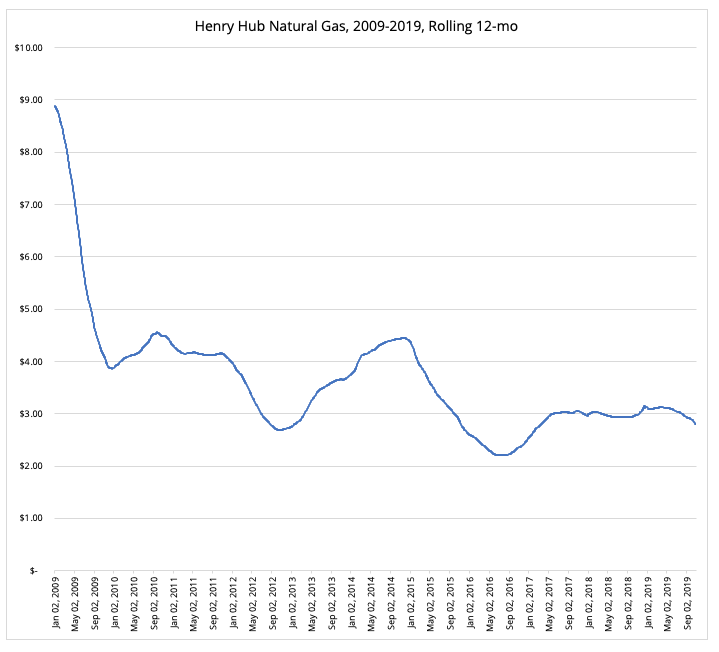 The final major trend driving microgrid adoption in 2020 is the cost of capital, which is at historic lows. Cheap capital combined with customer-friendly financing arrangements make the infrastructure investment of deploying a microgrid financially viable for most qualified customers. 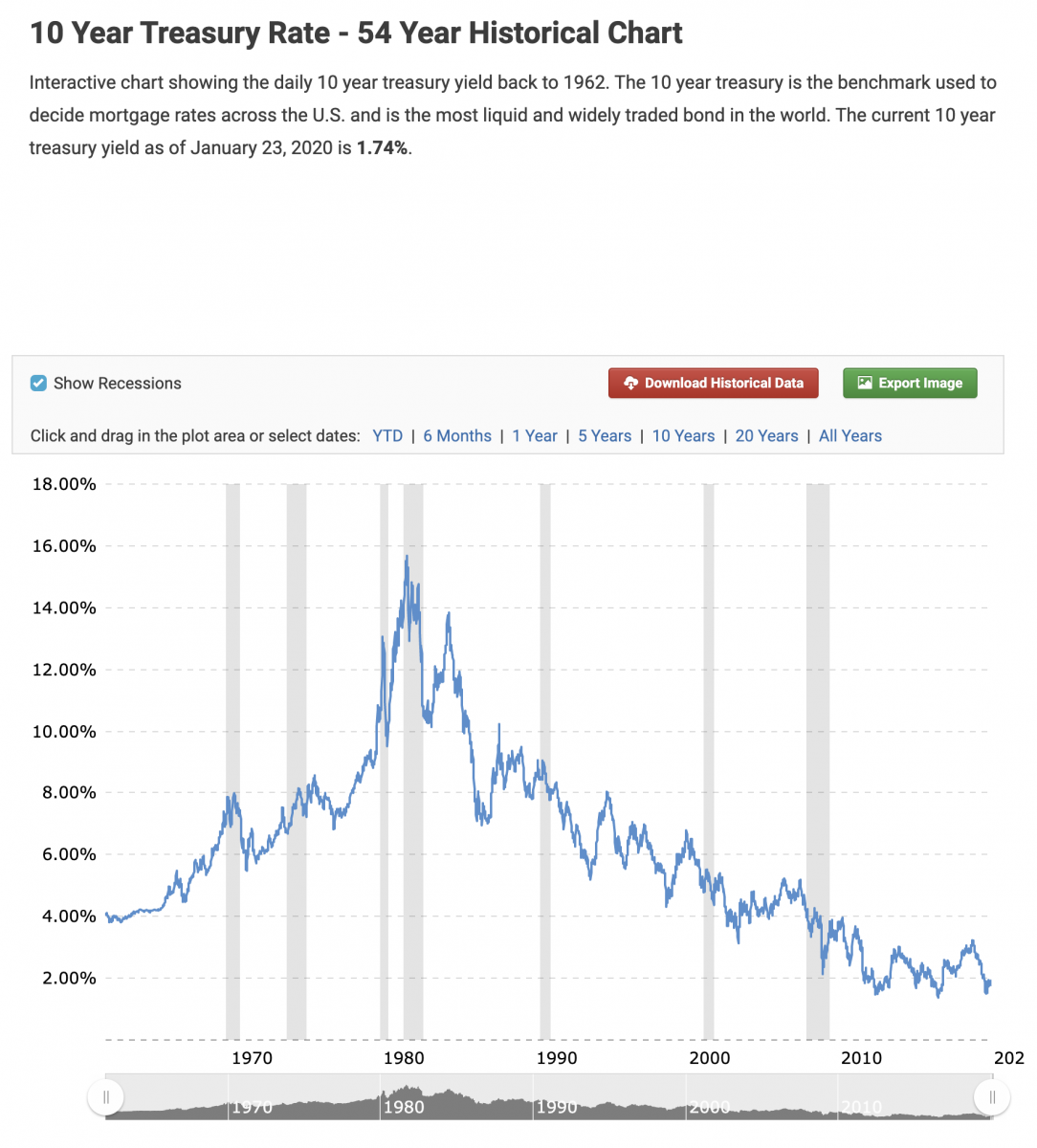 But the key to unlocking the real potential of microgrid deployments is a controller that transforms it into an intelligent microgrid. The controller is like the conductor of a symphony that utilizes the right instruments at the right times so that the final product gets the most value from each of its components. Using AI and machine learning, a controller can optimize energy generation, storage and grid services based on consumption patterns and predictions. It also optimizes the economic benefits to the stakeholders, including determining when to use stored energy rather than high-cost, utility-provided power and when to sell that energy back to the utility.

Agriculture operators have been looking at data and evaluating these trends. While some companies have dabbled in trying to create more resiliency against unreliable energy and increasing energy costs, a few growers have moved forward with a steadfast focus on stability and energy independence. A great success story is how one of the largest fresh vegetable processors and marketers in North America deployed an intelligent microgrid to revolutionize energy production, distribution and management for a processing facility in California.

The processing facility had existing wind and solar components, but they functioned independently of each other. The goal of the microgrid and cogen project was to integrate these existing distributed energy resources (DERs) and add firm power to form a microgrid system that could effectively take the facility off-grid.

A Concentric Power Intelligent Microgrid Controller was installed to integrate and optimize all DERs, including the addition of a 2.0 MW cogen unit that the company developed specifically for the site. The organization entered into a Long-Term Service Agreement so that the microgrid experts manage and optimize the equipment and provide technical services and ongoing reporting to the customer.

By integrating solar, wind and cogeneration, the organization saw a reduction of 12,190 metric tons of CO2 emissions in one year, a 94 percent decrease from before the microgrid was completed. This is equivalent to the GHG emissions from 2,588 vehicles driven for one year.

The financial costs of sustainable energy generation and microgrid infrastructure – including controls – will continue to decline as the technology matures and innovations are introduced. This will cause more ag operators to pursue energy independence, which will drive up pricing for traditional utility provided energy. As this movement continues to build momentum, the dynamic between all stakeholders in the grid ecosystem – utilities, governments, regulators, large industrial consumers, smaller residential consumers, etc. – will evolve to align with the new grid identity.

It’s clear that the centralized energy grid and traditional utility structures cannot support this changing dynamic. They simply weren’t built to handle them. Moving forward, we are looking forward to a new energy reality that will support innovation and advancement for the next hundred years.

Some industries – like agriculture in California – have already made up their mind. They’ve chosen to disrupt and change the status quo. In 2020, we expect other companies, industries and regions to make a similar choice and decide to take their power into their own hands.

Matt - very well stated, you covered several key topics and linked them together.  I agree on the microgrids being a critical value add in many areas, not only rural.  The availability of small generation resources from Solar PV to low cost gas fired units gives us the generation and cost competitive energy storage brings it together.

Hopefully people do not miss your point on the cost of capital - with renewables have very low variable O&M costs and the only growing fossil fuel being ultra cheap gas - CAPITAL costs are the major contributor to Cost of Electricity.

Thanks again for a concise article.

Thank you Gary: Trying to capture the whole story of why the timing is now to execute the needed upgrade to our energy infrastructure is a task in of itself. I appreciate the feedback and we are excited to be in the heart of an energy paradigm shift.

Do other countries who have tackled rural power via these solutions provide any insight into the challenges/opportunities, or does the vast nature of the U.S. grid compared with, for example, Europe's more segmented grid make it a unique entity?

Hi Matt: It is an astute observation that we in the U.S. are in a unique situation. Many countries that have more segmented grids solved their power quality and instability years ago. We just had a customer visit yesterday where this was the front topic of conversation. The maintenance director came from one of those more electrical segmented countries and he could not belive that his current facility didn't have back up power as a liability and product loss risk reduction measure. For to long the assumption that the grid was stable and presented low vulnerability has gotten us to this point. This is where the economics begin to truly become more favorable. Customers are realizing that their profits are on the line and that the benefits of taking upon themselves is more economically viable than to be beholden to their current provider.

Appreciate the reply, Matthew-- keep up the good work