image credit: Composite radar images of the August 10 derecho as it crossed Iowa and the Midwest. Credit: National Weather Service

Researchers at Iowa State University will study how best to restore power on wind-dominant electric grids after a blackout.

Iowa now generates more than 40% of its electricity from wind power. But wind-dominant electric grids aren't designed to meet a typical, step-by-step blackout recovery after storms such as the Aug. 10 derecho that blew across the state.  The storm packed wind gusts estimated of up to 140 mph that cut power to about half a million Iowans.

Iowa State's Hugo Villegas Pico will lead a team that will examine how to orchestrate the restoration of wind-dominant grids. The project is supported by a $750,000 grant from the U.S. Department of Energy. MidAmerican Energy Co. and the National Renewable Energy Laboratory’s National Wind Technology Center in Colorado will support the project.

Villegas Pico points out that it’s virtually impossible to script a black start for a wind-dominant grid because the wind resources are variable. Different wind conditions require different plans. His idea is to combine modern artificial intelligence tools with new forecasting models to create restoration plans on the fly that could be orchestrated by a computer.

The project will also examine the use of batteries to store a minimum amount of energy for the black-start process of wind energy systems.

The U.S. Department of Energy announced in July 2019 it would develop a North American Energy Resilience Model, in part, because of emerging threats to the power grid from extreme storms as well as cyber and physical attacks.

Matt, the importance of your alert can't be emphasized enough. 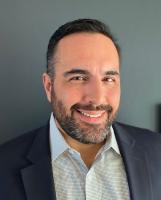 Guillermo commented on ...
DERs and the Rise of the Peer-to-Peer (P2P) Energy Marketplace

I agree, and in certain regions, there are certain cost thresholds that either act as barrier to entry or just make that investment...

Bart commented on ...
DERs and the Rise of the Peer-to-Peer (P2P) Energy Marketplace

I don't see this being an issue at our utility as we have so few customers with DER that end up receiving a check in April. 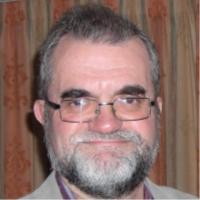 Stephen commented on ...
DERs and the Rise of the Peer-to-Peer (P2P) Energy Marketplace

In a system with engagement of the considerable capacity of Flexible DER the whole lot needs (automatic) management at distribution level and...