A Macro Look at Microgrids

More than 1,900 microgrids currently run in the United States, according to GreenTech Media. These microgrids and the ones that will follow have the potential to vastly transform the way our energy grid works -- if they’re run intelligently.

The overall energy grid connects individual homes and businesses to a central power source. Often operating within this central grid are microgrids: local energy grids that can operate independently. Microgrids are typically connected to their parent grid until a reason arises for them to disconnect, such as a power outage or solar eclipse. In that event, they can flip a switch and become an “island,” maintaining a steady source of power.

Microgrids aren’t only useful as a backup in case of emergency. Communities can also choose to connect to microgrids if they provide a cheaper or more local energy source, giving them energy independence. Fort Collins, Colorado, for instance, has built microgrid technology into its Zero Energy District project. Working together with Colorado State University, New Belgium Brewery, and several local facilities, the district aims to develop a reliable, integrated system of mixed distributed resources that will generate as much local energy as it consumes.

The Future of Energy with Microgrids

What we’ve seen in Fort Collins is only the beginning. Take renewable energy penetration as another example. One of the major barriers to widespread adoption of renewable energy is a concern around stability. Wind and solar don’t run on a steady rate 24/7, so a decentralized grid with systems in place to balance out downswings could be what’s needed to appease those concerns. A microgrid can even be specifically designed to integrate distributed renewable energy.

The energy grid of the future also needs to be more resilient. More than six months after Hurricane Maria, nearly 50,000 residents of Puerto Rico still remain without power. Lawmakers have proposed a solution that wouldn’t simply restore the grid, but modernize it.

“While restoring power quickly is the most urgent concern, significant improvements...will be needed to build a resilient and modernized grid.”

With investments in renewables and microgrids, Puerto Rico will be prepared to withstand many more storms and disasters that may come. As Congressman Frank Pallone on the Energy and Commerce Committee said, “While restoring power quickly is the most urgent concern, significant improvements to Puerto Rico’s electrical infrastructure will be needed to build a resilient and modernized grid.”

Microgrids have all this potential and more, but in order to capitalize on it, they need to work fluidly with the central energy grid. That’s where a smart microgrid comes in.

A Smart Grid Gets Smarter

A microgrid can switch its connection to its parent grid on and off. A smart microgrid, on the other hand, can use comprehensive access to data and artificial intelligence to manage an energy ecosystem:

Navigant Research’s recent report further evolves the concept of a smart grid into a “neural grid.” In the neural grid, data would reside mostly in the cloud, managing the intersection of power sources, customers, microgrids, and other distributed assets in real time. With cloud-based data management, the energy grid can fully modernize into a living, reactive, and resilient system. “In a nutshell, the Neural Grid takes the world’s largest machine -- the grid -- and gives it a brain.”

While more investment into data connectivity and infrastructure development is needed, microgrids present a wealth of untapped potential for a greener, more resilient energy grid.

Condition monitoring of power and light poles is currently performed with labor-intensive manual methods with long periods between manual inspections due to cost and impacts on pole integrity.

Smart Cities and the Utility of the Future

In this article we look at developments in the interplay between consumer and energy supplier, looking at how these may work in the future.

Unitil's plan for dealing with major storms helped it restore power to most of its customers within 24 hours of Isaias hitting its territory.

Smart Cities and the Utility of the Future

Something that seems at face value so simple but can really be so important.

Matt commented on ...
The future of digital substations

In the not-so-distant future, it isn’t hard to imagine a European grid further expanding its connectivity into the Middle East or China to enable a s

Christopher commented on ...
What is a Nanogrid?

Can nanogrids and microgrids work together in a single neighborhood? 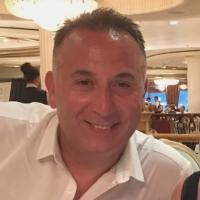 Jim commented on ...
Slouching toward a microgrid tariff in California

in the UK the subsidies associated with all form of renewables for large and small scale microgrids ended in 2015.