I am Dr. A. K. Shyam, intellectual acumen offering 44 years of established career in Environment, Health & Safety sector. I was associated with NABET, Quality Council of India as an Assessor...

Michael Faraday discovered that he could create or induce electrical current by moving magnets inside coils of copper wire.   This has been the basic principle although modern power plants produce much stronger currents on a much larger scale.  It may be news to some that the modern electrical grid we know took birth at the Pearl Street Station, Manhattan the first central power plant of the U S that began producing electricity in 1882.   The station added three more generators in 1884 to serve 508 customers with about 10,000 lamps.  Simultaneously, the Edison illuminating Company developed similar grids (DC) in Shamokin, Sunbury, Brockton, Mount Carmel and Tamaqua over the years.  This triggered competition with George Wasting house’s alternating current (AC) which had greater advantage in terms of electricity transportation over long distances and an easier option of ‘step-up’ and ‘step down’ voltage.  Simultaneously, it was also time to apply the idea of economies to electrical industry and large centralized power plant was considered more efficient.

The period between 1900 & 1932 saw competition with privately owned and un-regulated companies taking root.   Many of the projects centred around the building of massive generating plants as Federal Government was not ready for these massive projects.  This was also the time that led to regulation of all private companies and assignment of specific territories.  There were considerable changes since 1995 – access to transmission systems owned by public utilities; encouraging transmission owning utilities to form Regional Transmission Organizations (RTOs) given a task of regional planning and creating marketing and standard rules for interconnection of generators.

Economic prosperity of the Western world created large middle class of consumers in the middle part of 20th Century.  Atomic age prompted the nuclear technology, the so called cheap electricity during the sixties.  Electricity, Power tools and automation in factories started the industrial age in the twentieth century.  Space age accelerated developments in semi-conductor electronics into integrated circuits and microprocessors which gradually transformed into information age with computers and internet bringing productivity gains to white-collar workers.  Globalization of economies increasing living standards for the growing populations thrust pressure on energy demand on fossil fuel transportation and production of electricity ushering Energy Age.  The current challenge is to minimise amount of energy consumed per unit function performed by equipment/appliance that has compelled us to understand Smart Grid.

The simple grid of the yester years has grown big today stretching across the country and connecting millions of homes and businesses.  Electricity generation, transmission and distribution are three main sections of a series of complex interconnections.  The grid comprises of Power stations (located near energy generation – solar farms, nuclear plants or dams); electric substations (step up or down voltage as it moves across the grid); electric power transmission (carries power over long distances) and electric power distribution (carries power to customers adjusting desired voltage) are the principal sections of the Grid.

The current installed generation capacity in India is – 361 GW from fossil fuels (Coal, Lignite, Gas and Diesel) against a total of 1, 59,146 MW of Renewables (Hydro, Wind, Solar and others, BM power, waste to energy and small hydro).  Power Grid Corporation of India, Limited (POWERGRID) is a listed company with about 52% shareholding of Government and the balance by Institutional investors and public.  The company is engaged in bulk transmission of power through Extra High Voltage Alternating Current (EHVAC) and High Voltage Direct Current (HVDC) transmission network.  Government decisions combined with environmental concerns and fast changing technology and even transportation have created volatility of the sector.

There has been a paradigm shift in the National Policy narrating that no new subcritical or even super critical coal based thermal plants will be built with an exception of a few advanced ultra-super critical(about 20% low carbon emissions) plants. With not only limited water resources and dependence on international treaties (China, Pakistan & Bangladesh) potential of major rivers have been already utilised to tap hydro potential.  Major focus therefore shifted to renewables especially solar and India is ranked 6th in this regard.  It is slated to be India’s third largest source of energy.  Technological improvements have even witnessed floating solar in India– 100 MW Ramagundam Floating Plant.  New Technologies – smart grids and intelligent distribution networks at various levels have been envisaged.

Grid stability poses a greater challenge as solar powers is increasing and decrease in thermal power plant efficiency.  This technological gap poses challenge on grid stability in future as well.  Transportation sector has been witnessing big transformation as fuel operated vehicles would be history with battery operated vehicles. Therefore, power industry in India would greatly depend on breeder reactor technolog.  Power sector understandably needs to gear up to a huge transformation not only in India but even in the other parts of the world as well.

FORECAST FOR THE FUTURE:

Power stations, substations, power stations and power distribution are the four main sections.  With the introduction of solar farms, grid has turned a little more complex with asset owners, manufacturers, service providers and government officials at the state and local levels.  Currently, consumption of 23,845 TWh has contributions from renewables (2.84 TWh) Wind power (93 GW) and solar of 634 GW capacities globally.

Moving forward, smart grid needs to be based on integration of intermittent power sources (Wind / Solar) along with combined heat and power (CHP).  Secondly, bi-directional flow of power from the grid to consumers and back provide stability.   The Real time bi-directional flow between producers and consumers’ smart meters and appliances as the third and the last being high quality, efficiency, reliability and security summarizes the character of a smart grid.  Optimal cost for both producers and consumers would need support of intelligent substations with micro grid communications network as requirements of the smart grid.

In a few examples, the project’s cost would range from 10% for established renewables to 30% for emerging technologies and 50% for grid modernization technologies.  The grid modernization projects understandably would be expected to contribute to wider range of grid services and value streams – improved asset utilization and efficiency; increased reliability and resilience; system flexibility and renewable integration and finally, integrate into utility operational processes.

Smart Grids seem to fulfil vast geographical landscape in reaching out to the remotest location and commitment towards climate change.  India in this regard took an initiative through India Investment Grid (IIG) across states and sectors to enhance Ease of Doing Business (EoDB) which helps direct connection between potential investors and promoters.

With the advantages that smart grids offer, no wonder many countries are opting better investments as they promise long term benefits.  India is no exception in this regard with a mobilization of USD 300 million through its National Smart Grid mission.   It started with revamped distribution sector scheme at USD 40 billion and gross budgetary support of more than USD 10 billion.  Such investments currently are restricted to digital substations and smart meters (Advance metering infrastructure-AMI).  However, utilities around the world that they are adopting sophisticated software.  The other countries moving towards this goal are the United State, United Kingdom and Netherlands.

Energy Efficiency Services Limited (EESL) a joint venture of four public sector enterprises lined up investments worth $ 27000 million for smart meter project in Uttar Pradesh and is expected to install four millions electricity meters in the premises of state power consumers in three years.  This is a step towards modernizing the electricity grid and reducing T & D losses.

Similar investments have been made to modernize power utility sector with National Smart Grid Mission (NSGM) with an outlay of $9800 million and budgetary support of $ 3380 million.  Investment of $ 66000 million towards smart cities is another step towards smart grid network market.

While the pandemic and COP-26 directive compelled a rethinking on various options for the power utility including the grid modernization, it is still premature at this juncture to visualize the impact that this massive expansion program on the environment.  In fact, no one had thought that fossil fuels would pose such a serious problem to the environment.  It is therefore ideal to move slowly and steadily on grid modernization as well. 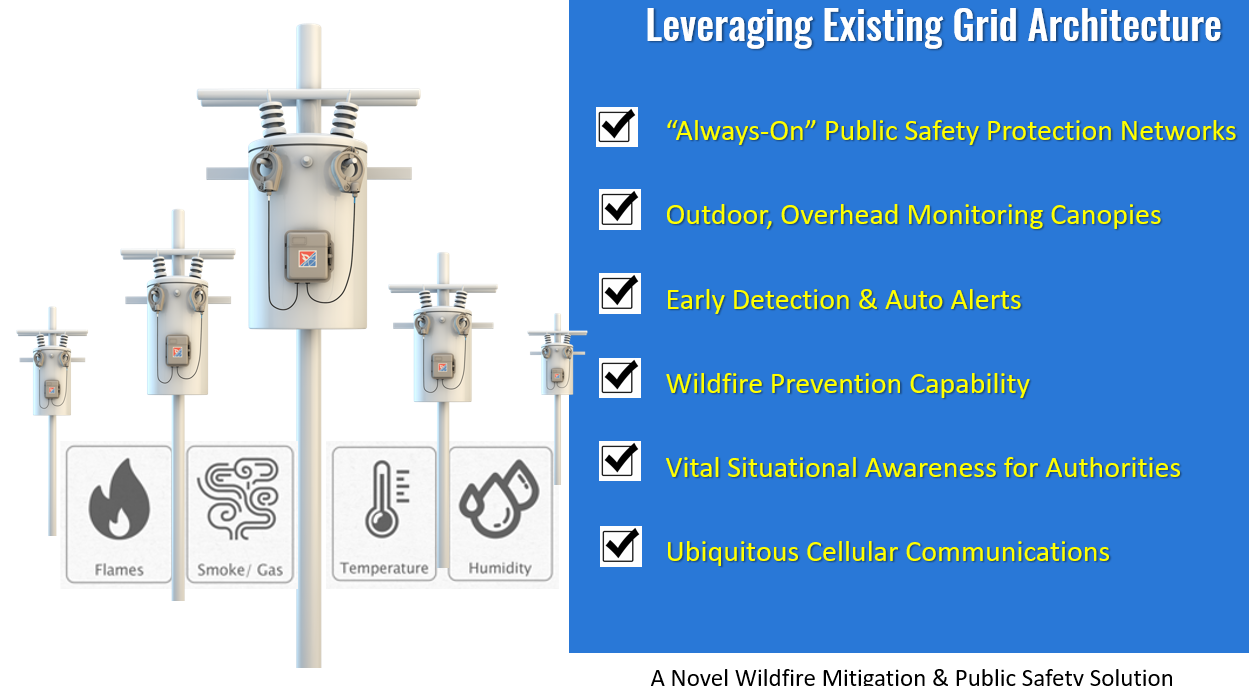