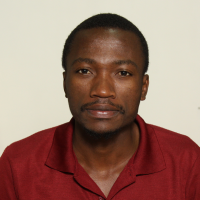 Kenya is one of the few countries in Africa which, for almost a decade, had zero-rated renewable energy products in the landmark 2011 energy act. This has extensively ramped up the uptake of different renewable energy technologies in the country.  Notable additions during this period is the Lake Turkana Wind Power (310MWp) and the recently concluded 55MWp solar PV power plant in Garissa. This, capacity factor notwithstanding, is more than 10% of the installed capacity in Kenya. However, there are aspects of the renewable energy that  are not obvious as they are local. In addition, there has been strides made in energy efficiency and the reduction of emissions by the adoption  of the renewable energy technologies.

However, at the start of July 2020, all renewable energy products in Kenya are subjected to a 14% tax.  This comes at a time when the national utility is stuggling to retain its key customers because of various reasons. Key among them is the rising cost of electricity, unrelaiable power supply occassioned by outages and the loss of business that results from that. In the recent past, more and more distribution utility customers are shifting; some preferring to move to (what was) cheaper forms of generation of electricity.

Even though Kenya has an unbundled energy sector with distinct roles in terms of generation, transmission and distribution, the distribution utility has faced a lot of challenges and is caving under the pressure of meeting targets set out in the universal electricity access program (last mile project), which is being implemented by the governent. High cost of maintenance, poor reliability and high cost of electricity - seems to have affected the performance of the distribution utility. In fact, a majority of Kenyans in the rural areas now live under the grid because they cannot afford to pay. In essence, the planning and rolling out of the last mile program did not consider the market stimulation and might have been implemeneted for political expediency.

On the other side, Pay as you go systems have gained ground in the deepest of rural areas where the residents can now have a packaged product which enables them to have a lighting system, a radio or television and charging points using solar panels and energy storage. Considering that over 65% of the Kenyan population is rural based and largely economically challenged, this seems to be the best approach to attaining SDG 7.  There is a great number of distributed offgrid systems that are operational in Kenya at the moment. These offgrid community systems serve swathes of disconnected people  living in tough terrains and paying at higher or similar tariff as the utility. Offgrid energy systems have shown better performance due to their distributed nature.  Off-grid energy systems have positively impacted the growth and development; and even to some extent encouraged the settlement of some of the pastoral communities. Being versatile, solar technology has found application in electricity generation - and also (very important) in water and sanitation projects.

The last ten years have witnessed a rise in the number of start-ups that have become full-fledged renewable energy companies. These companies train and employ more people and they are likely to be affected by the new tax regulations. This on its own is likely to negatively impact the lives of thousands of youth who might be retrenched.  In addition, there is no cost-benefit metric that could be used to analyse the impact of dis-incentivising an important sector that is not mature.

These changes are likely to shrink the growth of the renewable energy sector. The question  that needs to be answered is how to determine the  point on the growth curve that the market currently sits. This is important in understanding the risks and mitigations that come with chnaging the policy. The assessment of the desired milestones at the policy inception is key as it is evidence-based. Howvere this seems unlikey considering the unilateral approach taken by the Kenyan government in introcuces a new levy on the initially zero-rated products. In fact it seems to be a calculated move to shift the fortunes of an underperforming company.

Is it therefore possible to to shift the fortunes of a national utility that is not doing well and at the same time maintain an increased rate of electricifcation? What are some of the key policy bench-marks that can provide information as to whether it is time to dis-incentivise a market?

Rosatom and expansion in MENA with a Saudi NPP

Rosatom and expansion in MENA with a Saudi NPP