Clarifying the Terminology Around Emissions Reductions It seems that nearly every day, a company is making some type of claim with respect to its carbon emissions. Some state that they intend to be “net-zero” by a certain date, while others shoot for being “carbon neutral.” Still, others are staking out positions to become “carbon negative” or becoming “24/7 carbon-free.” Let’s face it, it’s just downright confusing. So let’s dig into these concepts to better understand what they mean and what the organizations that adopt them are actually committing to.

The United Nations Net Zero Coalition net-zero as meaning “that one is reducing greenhouse gas emissions to as close to zero as possible.” About 75% of total emissions come from the energy sector (transportation, industry, and the power grid), so that’s where much of the activity is focused. Getting to net-zero implies a complete restructuring of the global energy economy. As we discussed in our piece “The E in ESG” on March 8, 2022, there are clear criteria – defined by the Science-Based Targets Initiative (SBTi) in 2021) - for setting net-zero targets across an organization’s entire greenhouse gas (GHG) profile, and this includes other gases beyond carbon dioxide, such as methane and chlorofluorocarbons.

How does net zero differ from carbon neutrality?

Like net zero, carbon neutrality also refers to greenhouse emissions. At a high level, the European Parliament explains carbon neutrality at the global level as achieving a balance between emitting carbon and absorbing that carbon from the atmosphere through natural sinks such as trees and soil, or purpose-built reservoirs.

At the level of organizational commitment, the terms net zero and carbon neutrality are often confused for one another, and often used interchangeably. However, there are some subtle but important differences. With the net-zero SBTI-aligned approach, organizations must strive to minimize emissions by first focusing on their own activities and taking such actions as investing in efficiency, switching to cleaner fuels, and purchasing renewable energy.

The SBTi net-zero standard establishes a “mitigation hierarchy,” so that companies commit to a focus on cutting emissions within their own value chain before undertaking actions or investments that use offsets outside their related activities. Under the SBTi approach, the buying of offsets – such as carbon credits for maintaining rainforests – is not counted as a carbon mitigation strategy (the underlying rationale is that offsets are a global last resort after society has come as close to net-zero as possible. Then the natural ecosystems will do the rest).

The STBi comments that companies asserting carbon neutrality through offsets “are counterbalancing CO2 emissions…without necessarily having reduced emissions by an amount consistent with reaching net-zero at the global or sector level.” In other words, they take credit for reduced responsibility but don’t effect meaningful change through their activities. The concept of carbon neutrality also typically ignores other GHGs and is therefore incomplete. Consequently, the SBTi does not formally validate any carbon neutrality claims.

Some companies are committing to becoming carbon negative. What does that mean?

In January of 2020, Microsoft announced it would strive to become “carbon negative,” to significantly reduce associated emissions, and then offset even more carbon than its current emissions footprint by 2030. By 2050, Microsoft intends to “remove from the environment all the carbon the company has emitted either directly or by electrical consumption since it was founded in 1975.” 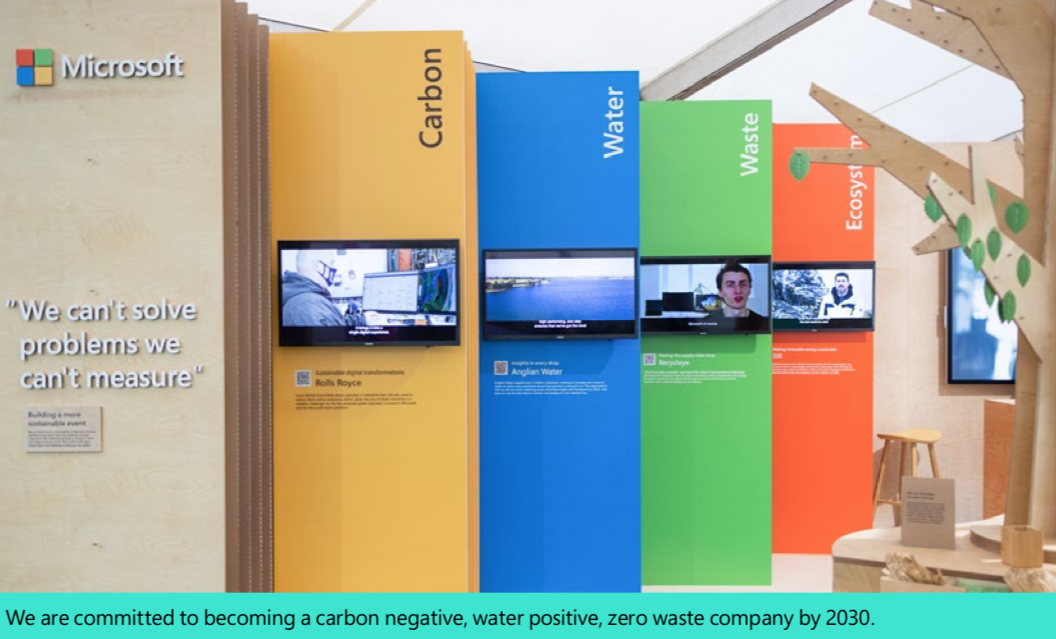 In the wake of Microsoft’s commitment, others have also taken up the challenge, with one notable example being global consulting heavyweight EY. In Fiscal Year 2021, EY cut emissions from 976 tons of CO2 (or equivalents) to 394 tons (partly owing to reduced travel from COVID-19 restrictions). In addition to SBTi-approved targets, EY also invests in offsets, including carbon removal projects that include reforestation, forest conservation, and regenerative agriculture.

Making things even more confusing, but also painting a picture of where this effort may be headed, Microsoft and Google have made new and innovative carbon reduction commitments that others are likely to follow. Both of those data giants have committed to power their facilities with clean electric energy 100% of the time – no easy feat.

That’s because today’s predominantly wind and solar renewable electric generation resources do not always provide electricity when it’s needed, and there is not enough energy storage to capture clean energy surpluses and move them for use during other periods of the day. As a result, fossil-based resources are still being relied upon to supply facilities that are buying 100% renewables. The reality is these companies have renewable surpluses that are delivered to the grid during certain periods and then use the credit for those surpluses to compensate for the fossil-fired electricity they consume at other times. So they still require a fossil-based resource supply mix, even if they do not (on-net) consume any dirty power.

Microsoft has committed to addressing that shortcoming and recently created around-the-clock “hourly energy-matching solution” with Swedish utility Vattenfall. It also recently announced a 24/7 pilot in the Netherlands to match an Amsterdam data center’s hourly energy consumption with a Dutch offshore wind farm Borssele.

Not to be outdone, Google and a group of other companies have announced a similar 24/7 Carbon-Free Energy Compact (24/7 CFE) that commits them to a similar approach, with 24/7 CFE meaning that “every kilowatt-hour of electric consumption is met with carbon-free electric resources, every hour of the day, everywhere.” “It is,” the press release announced, “both the end state of a fully decarbonized electricity system, and a transformative approach to energy procurement, supply, and policy design that is critical to accelerating its arrival.” 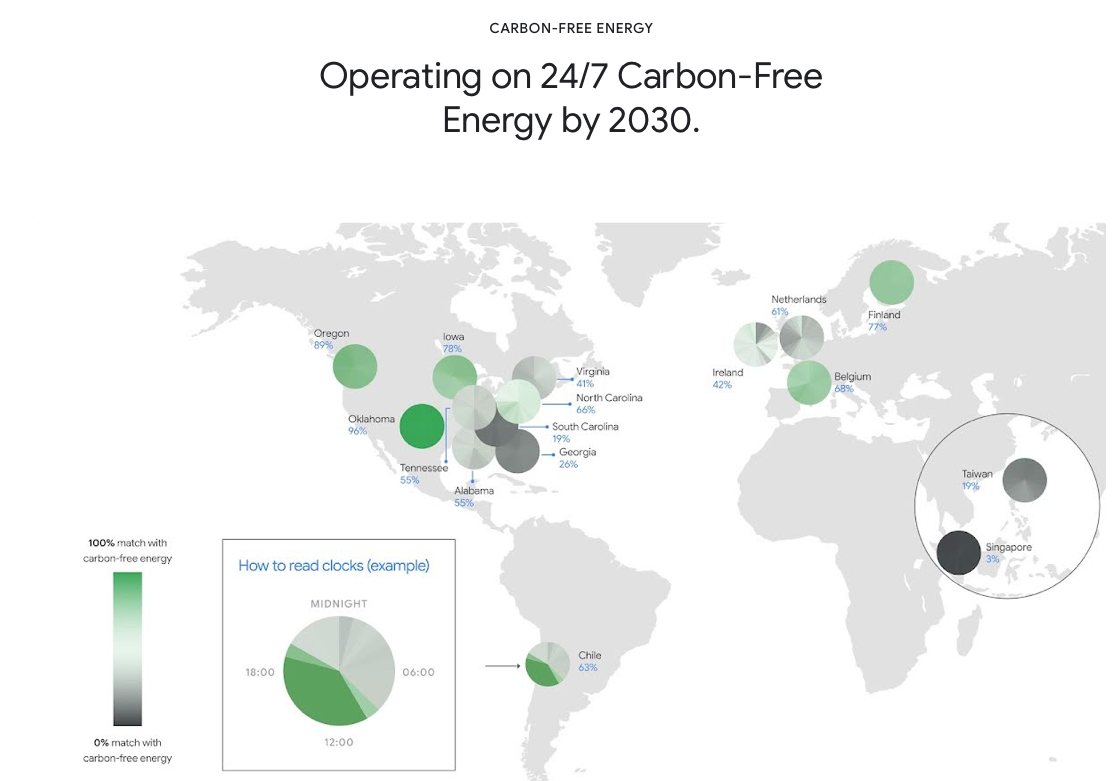 There’s a long way to go to a carbon-free grid, but many companies are making commitments to help move it in that direction. While your organization may not have the resources of a Microsoft or Google, it may be feeling similar pressures to address the carbon conundrum on the path to net-zero. If you haven’t started determining what your current and future stance may be on the issue of emissions, perhaps it’s time to do so.