Australia has the world's highest penetration of small-scale solar. Although countrywide it has reached almost 20%, some states such as Queensland and South Australia have gone over 29%. In terms of installed power, it is almost one seventh of the total capacity of the energy market in Australian east coast. And it is not dispatchable. 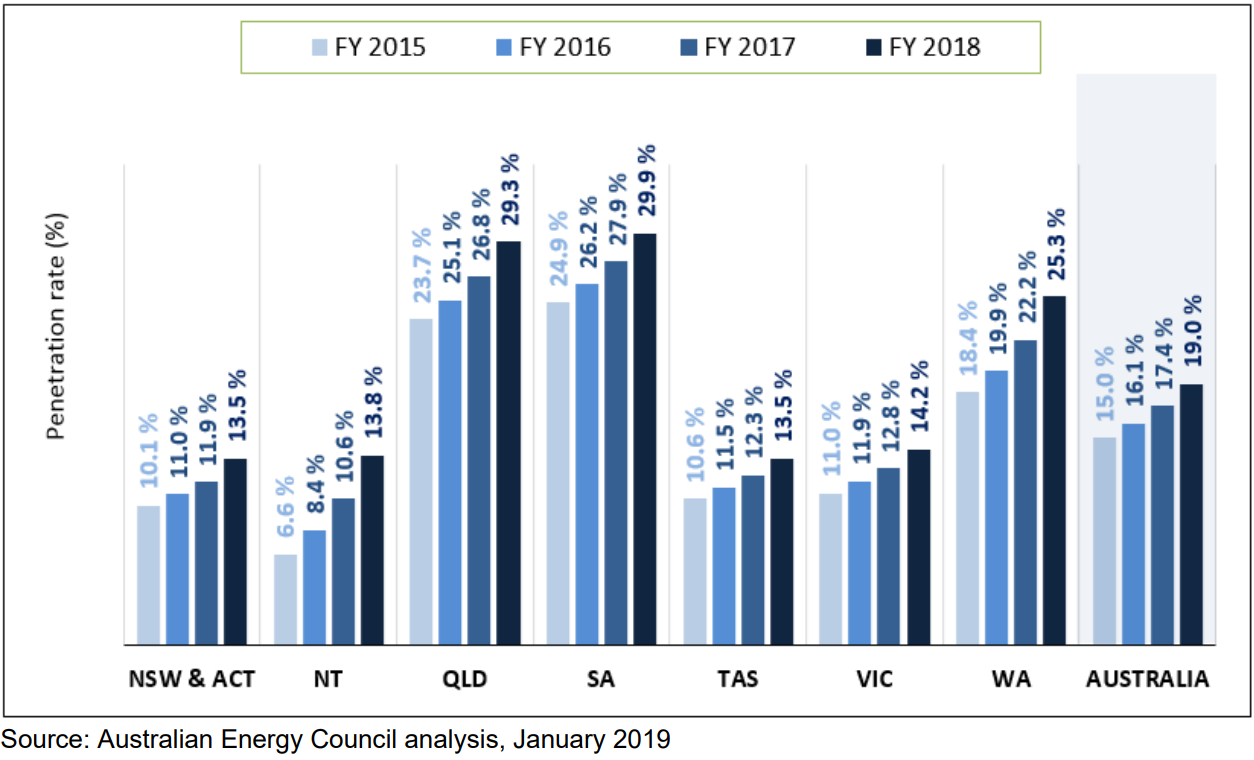 In the USA, the highest penetration of small-scale solar is in Hawaii and is just 14%, a value Australia had only 4 years ago. In just 4 years, Australia has changed the way power flows across the grid. ​

The amount of distributed generation is challenging the way power networks have operated in the past. NON-WIRES solutions that can integrate grid-scale as well as behind-the-meter DER in the network operations are resulting particularly interesting for utilities. Using the available resources is certainly faster and more cost effective than new capital investments.

Several pilot projects are studying how well the networks behave with these solutions, although the application of the learnings to the wider real network becomes the challenge.

One such challenge is being addressed at the Monash Smart Energy City, a 7.17 million AUD (4.76 USD) project where Monash University partnered with Minsait (an Indra company) to build the microgrid, funded with AU$2.97 million in funding from ARENA (Australian Renewable Energy Agency). The project has also received a grant from the Victorian government to test the business models and regulatory challenges for microgrid operators.

The project is pushing the boundaries of technology, to prove to the industry that a grid-connected network with high DER penetration can be operated through new technology and can bring significant new value to customers, to the outer network and to the energy markets.

From its initial idea, the Monash Smart Energy City was meant to show to the power utility industry that high DER penetration, and load control can be used to guarantee the same power quality constraints that utilities must comply with.

The coordination of loads from several buildings and an EV charging infrastructure, of several solar PV installations, and of Australia’s largest behind-the-meter energy storage systems, will be performed through a hybrid (centralized-distributed) platform.

Each load, source or controllable field device is connected to an intelligent IIoT processing node that continuously processes data to analyze local power quality issues and perform control actions to prevent the escalation of any negative effect. ​Additionally, a centralized platform performs more broad actions through the coordination of more nodes dispatching control commands when required.

The Monash microgrid is also testing market mechanisms and new business models. Each connected building is considered a customer and can expose its energy flexibility (load and generation) to the internal Monash operator market, using a Smart Energy Management platform that is under development.

The energy price presented internally to the “customers”, is indexed to the market price or to a request for demand response, and the operator will ensure to dispatch the buildings (or customers) best priced or in best conditions to respond. ​Distributed ledger technologies are also being considered, to trade generated renewable energy.

The Smart Energy City @ Monash, is a project under development and will be fully deployed by October 2020. It is also part of a much larger initiative through which Monash University has committed to reduce its emission to Net Zero by 2030 and for which in February this year Monash University was awarded by the United Nations Climate Change the prestigious Momentum of Change award.