New England’s Independent System Operator says that the weather event shows that the region has a growing fuel security problem that will make keeping the lights on more “tenuous,” especially during winter months.

In PJM, meanwhile, the main problem was an 11-fold increase in uplift charges, signaling the need to reform pricing for energy and reserves.

PJM Interconnection’s report on grid performance during the cold snap in late December and early January shows that the grid and the generation fleet performed well during one of the coldest stretches since the 2014 Polar Vortex.

On January 5, electricity demand in PJM reached 137,522 megawatts, the sixth highest overall winter peak demand. Even so, the grid and the generation fleet performed well, PJM says in a report, with excess reserves and capacity available even during peak demand periods.

However, during the peak days of the cold snap, uplift charges averaged approximately $4.3 million per day, well above the average of around $390,000 a day. Uplift is paid to generators when locational marginal prices do not cover the costs of units needed to serve load.

“We must enhance market pricing so that prices accurately reflect the cost of serving load including the actions taken by dispatchers,” PJM President and CEO Andrew L. Ott said. “The need for out-of-market uplift payments is a symptom that pricing for reserves and energy is incorrect."

He cited a recent ISO study that found rolling blackouts were needed in 19 out of 23 scenarios that were modeled and analyzed based on current trends.

“The results show that the trends affecting the regional power system, particularly the retirements of oil generators, could worsen fuel-security risk unless they are addressed,” he said.

Extended outages, or retirements, among the region’s nuclear power plants would have detrimental effects. At the same time, having stored fuels like LNG and oil at dual-fuel units, combined with imports from Canadian hydro facilities, could help maintain reliability.

In late January, Northern Pass Transmission was selected to negotiate a contract to provide Massachusetts with enough electric power to meet around 17 percent of the Commonwealth's annual demand. The $1.6-billion project would build a 192-mile-long, 1,090-megawatt transmission line to import power from Hydro-Quebec dams and reservoirs. The proposed line would cross central New Hampshire on its way to load centers in Massachusetts.

Project developers are Eversource and Hydro-Quebec. Negotiated contracts must be approved by the Department of Public Utilities.

Some New England utilities switched to burning coal and oil during the January cold snap, which averted rolling blackouts. Van Welie said those plants are still needed during extreme weather events, and noted that nuclear power also is a “key contributor.” Two of the region’s four nuclear plants are set to retire, along with coal and oil plants.

Liquefied natural gas was used to fuel some natural gas plants, but the fuel is a global commodity and may only be available at very high prices.

“As it happens, LNG cargoes were drawn to New England during the cold spell because the prices in New England were the highest in the world,” van Welie said.

Your fellow community members have written about process changes brought about by COVID -19, how municipalities are using low-carbon investments to tackle economic challenges, how nuclear power fits into the new energy mix, and much more.

There's no question that the new super-conducting magnets will bring us closer having controlled thermo-nuclear fusion, but we'll have to wait to...

This is an interesting and possibly important story. The link that Randy posted requires a subscription to the N.Y. Times.

I agree it sounds a bit optimistic, and I'm always wary of taking at face value the hype on a mainstream publication headline-- so I'm curious to... 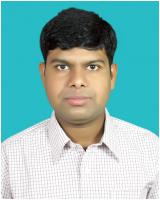