Is there a future for coal?

Is there a future for Coal

But I will raise a question not in the same trend.  Is there a Future for Coal?

1-      Food crisis resulting from stopping export of grains from Russia & Ukraine  (Together, Russia and Ukraine export represent nearly a third of the world's wheat and barley, more than 70% of its sunflower oil and are prominent suppliers of corn. Russia is the top global fertilizer producer.)

2-       Energy Crisis resulting from the sanctions imposed by US & EU. to Oil & Gas exports from Russia, this is the subject of this article. the challenges with oil & gas supply specially to Europe.

According to the Carnegie Endowment, a US think tank, this has been earning Russia more than $1bn (£800m) a day.

The below chart shows the distribution of oil imports by EU countries from Russia based on total oil imported  per country. 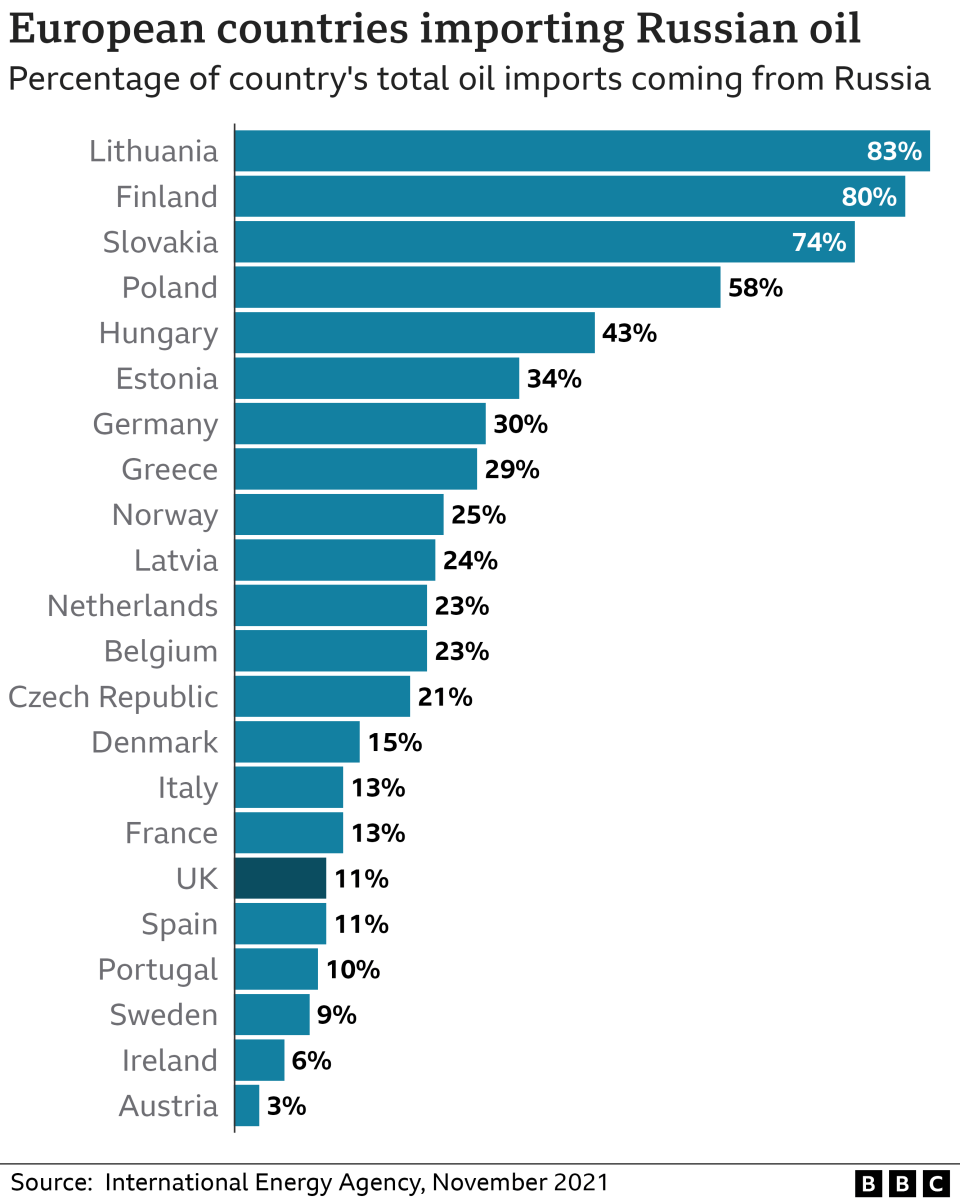 The EU plans to ban Russian oil imports arriving by sea by the end of this year. This would cut EU nations' oil imports from Russia by two-thirds.

The EU will continue to allow 800,000 bpd of oil imports brought in by pipeline, as a "temporary measure".

However, EU countries can always buy oil from other producers. from where will the EU compensate for such a shortage of oil? Other oil producers (KSA, GCC ,  Venezuela , Libya , Algeria , Nigeria , USA ..etc) . transportation of oil and logistics will be costlier.

Russia supplies the EU with 40% of the natural gas it imports.

In March, the EU committed to reducing gas imports from Russia by two-thirds within a year.

Germany, Europe's largest economy, relies on Russia for almost half of its gas supply. 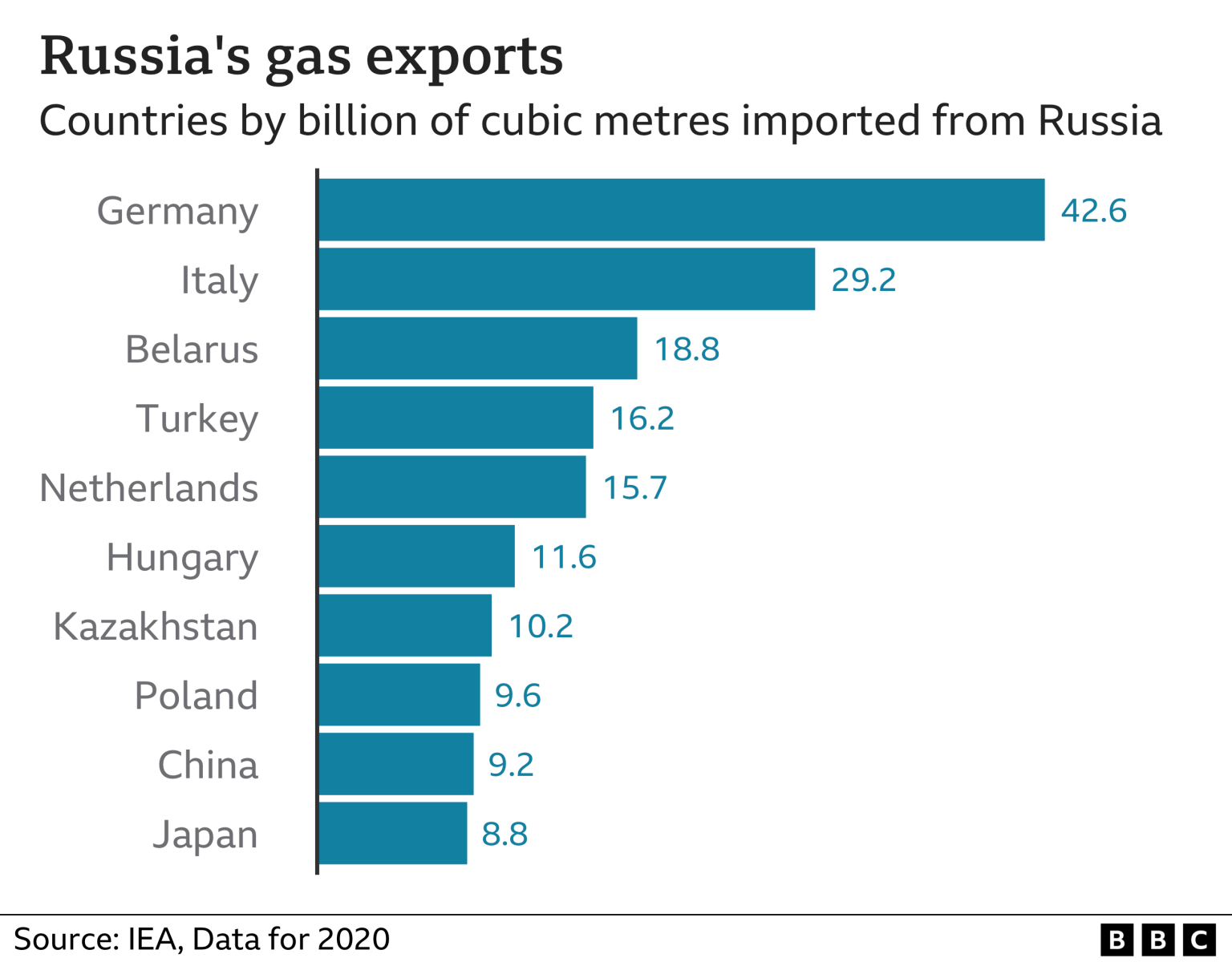 EU nations will be able to find other gas suppliers than Russia.

"It would have to turn to producers such the US and Qatar, Algeria , (Egypt + Israel  newly signed MOU with EU) which would ship liquefied natural gas (LNG) in tankers, But there aren't enough LNG terminals in Europe to receive such huge amount of LNG for gasification and redistribution to EU countries..

We can see the war makes a big mess in oil and gas supplies worldwide (Europe especially) and raises a question about the security of Energy in EU – we are not yet in winter when energy becomes a life need.

The second half of 2021 has seen large increases in the price of natural gas, prompting substantial switching to the use of coal to generate electricity in key markets, including the United States, Europe and Asia, and driving up CO2 emissions globally.

However, In the Net Zero Emissions by 2050 Scenario, coal-fired power generation will completely phase out by 2040. 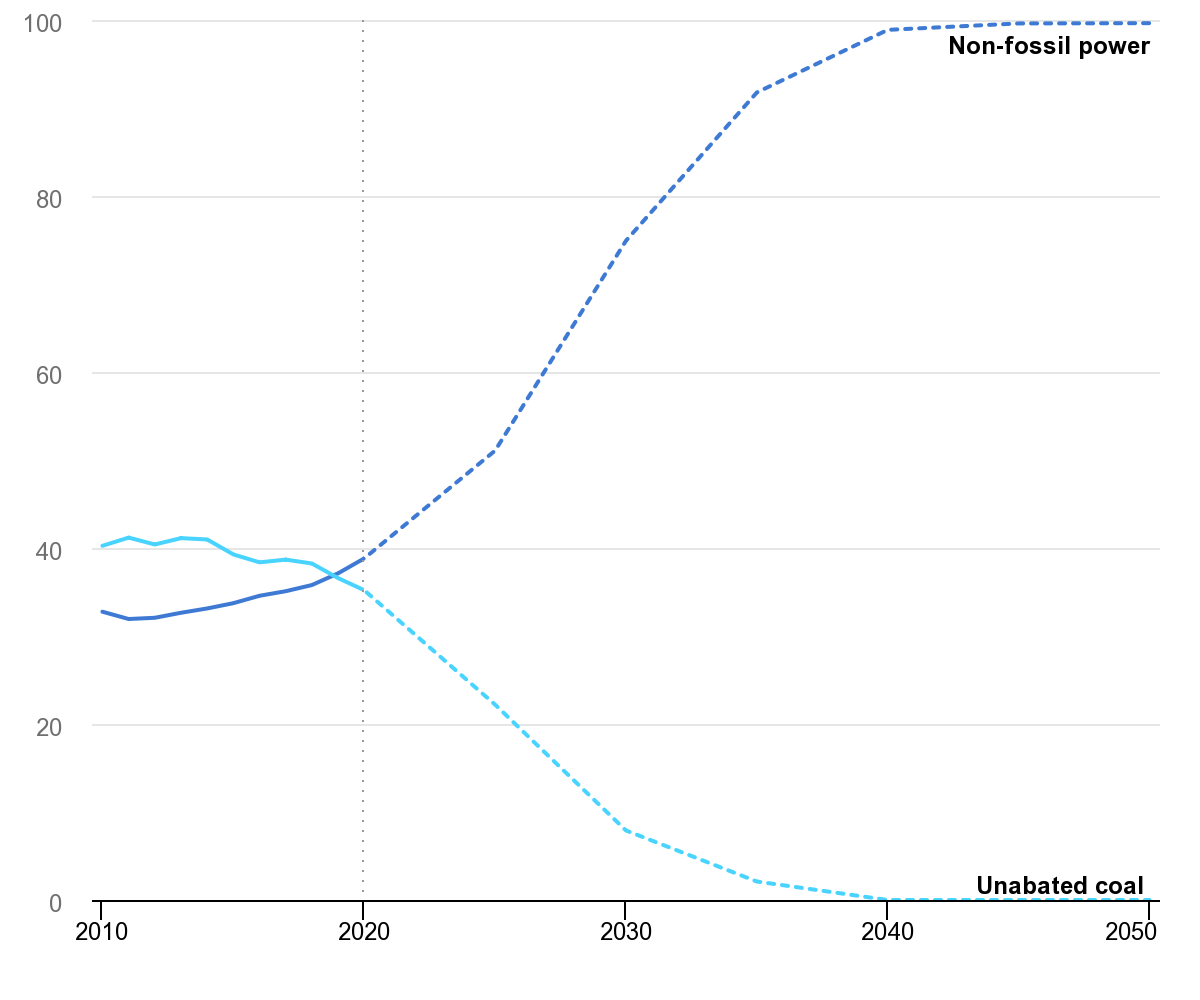 The consequences of the Russia – Ukraine war and associated risk raised to the supply of Russian Oil & Gas as well as increases of Oil & Gas prices makes a decision to restart Coal fired power plants in countries like Germany, Austria and Holland a necessity with expectation that other countries will follow the same direction. The need for power and the shortage of energy will affect the view of Zero emission by 2050 as shown in the chart above and give a boost to Coal as a reliable fuel to support energy security? The answer will be based on the development of the Russia - Ukraine War in coming few months

There's also nuance in the questions "is there a future" and "should there be a future" for coal, and it's interesting to see how and why there's a divergence there and why.

Thanks for sharing, Hossam!

I'd say why not, so long as that it's harvested and used in a way that has little negative impact on our environment.

I sure hope COAL is on the way out 100%. I'd love to see it stay in the ground so miners don't get black lung and dirty every work day. I can't believer Massachusetts imports coal that is cleaner from foreign lands and says they are helping the environment.

Maybe the fools in New England should not have shut down their nuclear power plants. These are the same half-wits who imported liquefied natural gas from Russia.

I don’t think Massachusetts generates power anymore from coal, according to the EIA. What is your source of data? Also, this.  Really, where do you get your info? 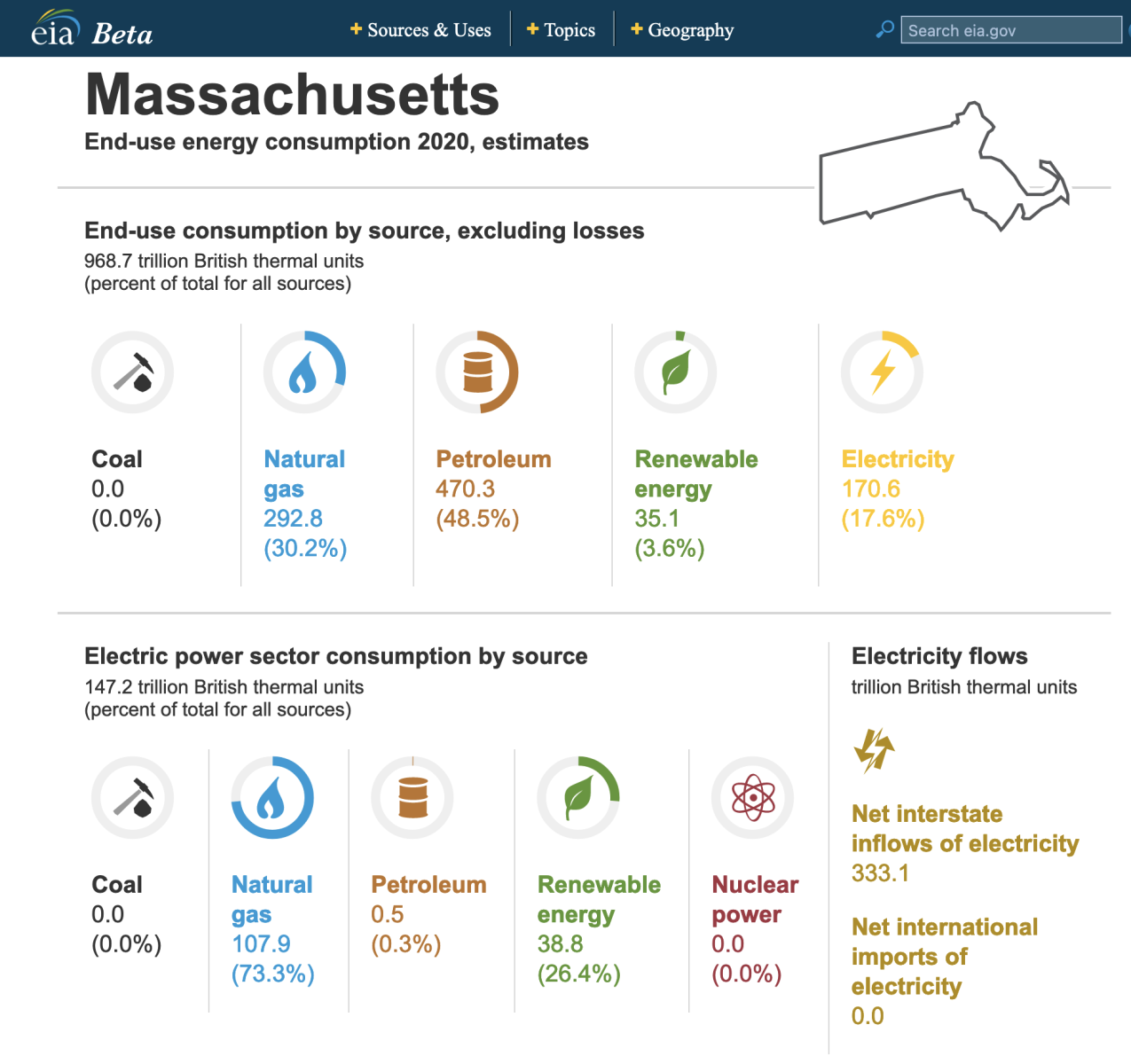 NH still does a little coal, about 1% of their total, just to be contrary I think! They do that.

As for natural gas, it is difficult to find out where Massachusetts does not get gas from.  But the EIA says this:

Where does Massachusetts get its natural gas from?

Most of the natural gas that enters Massachusetts by pipeline comes through New York and Rhode Island. Additional pipeline deliveries come via a pipeline that traverses Maine and New Hampshire to deliver offshore, onshore, and LNG-sourced natural gas from Canada.

Search for: Where does Massachusetts get its natural gas from?

Where does natural gas in New England come from?

Recently, wells in the Atlantic Ocean off of Nova Scotia have become another source of natural gas for Massachusetts and the rest of New England. The gas flows from wells through interstate transmission pipelines into the state.

New England still has three nuclear power plants operating.  I  believe their days are numbered due to cost.

If you find out anything different, please enlighten us.  But try to provide some verifiable data sources please.