The Nuclear Decommissioning Authority says the Dounreay facility will be ready for redevelopment by 2333.

The Nuclear Decommissioning Authority says the Dounreay facility will be ready for redevelopment by 2333. 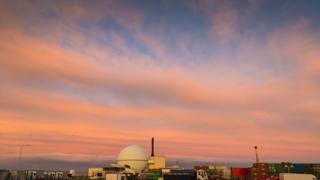 I'm confused by this report-- it's presumably saying it will take that long to be safe but then notes "They said "credible options" for the site in future will be developed over the next two years."

Is it saying that long time is just until they can detect nothing from the nuclear past on site, but acknowledging that there will in fact be safe uses sooner?

The options will be discussed in 2 years but this site will be deadly for many year. The SHAFT where they dumped junk has to be really bad. Nuclear is the most expensive to build, run and decommision . 90% of the uranium is from Russia. No plant would have ever been built without the biggest subsidies in history.

QUOTE=A target date has also been set for the clean-up of a highly contaminated area called the Shaft.

Radioactive waste was disposed there from 1959 to 1977, when an explosion ended the practice.

Waste is to be removed from the Shaft by 2029, according to the NDA report.

Irrational fear of radiation has kept us addicted to fossil fuel for the last 4 decades (helping to kill tens of millions of people globally due to health effects from air pollution), and serves to drive up the cost of building, operation, and even decomissioning nuclear facilities like this one.

Thank you, Nathan. A peer-reviewed study - not pulp generated in some fear factory - confirms your opinion:

"Radioactive particles were identified at the Dounreay facility foreshore in November 1983 and have since been recovered at a rate of approximately eight particles per month..."

"These particles and fragments are small pieces (typically 0.2–2 mm)..."

"Estimates suggest there are several hundred thousand Dounreay particles in the surrounding environment although the risk to members of the public remains very low."

"The National Council on Radiation Protection and Measurements (NCRP) outlines an occupational health threshold for radioactive particle skin dose of 0.5 Gy. The particles assessed in this study would require contact times of several hundred hours to reach this threshold)."

Translation: total volume of discovered radioactive material was about the size of a ping-pong ball, spread over 1.5 miles of beach. If you were to lay down on the beach, and your arm was resting directly on top of one of the particles, and you stayed there for several hundred hours, you might get a microscopic "owie".

Characterization of radioactive particles from the Dounreay nuclear reprocessing facility

However, you would definitely be in need of some psychiatric counseling.