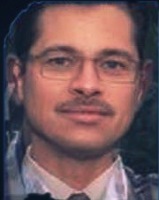 Vijay Sarathy holds a Master’s Degree in Chemical Engineering from Birla Institute of Technology & Science (BITS), Pilani, India and is a Chartered Engineer from the Institution of Chemical...

Natural Gas – A Friend or Foe to Renewable Energy

Dawned the Victorian era of Industrialization when steam drove the cog & wheel, the world has come a long way, but only finding itself in a quandary over climate change & environment. With growing populations, the 21st century inhabitants of the blue planet, now undeniably are fighting the consequences of their past actions in the name of sustainability and climate change while they still din over their energy security & economic growth.

IEA’s Projection of Future of Renewables

Hydrocarbons have traditionally catered to three main industries namely; Transportation, Power Generation & Petrochemical Products and Renewables for now, aim to supplant the hydrocarbon dependence in the transportation and power generation industry. Towards this, Wind & Solar photo voltaic power have picked up pace in recent years with advances in battery storage to compliment energy storage. The IEA also quotes that “Renewables will have the fastest growth in the electricity sector, providing almost 30% of power demand in 2023, up from 24% in 2017. During this period, renewables are forecast to meet more than 70% of global electricity generation growth, led by solar PV and followed by wind, hydropower, and bioenergy. Hydropower remains the largest renewable source, meeting 16% of global electricity demand by 2023, followed by wind (6%), solar PV (4%), and bioenergy (3%)” [1].

The downside of wind & solar power is that wind farms do not always enjoy a consistent flow of air & the sun does not always shine. Therefore this can be only be attended to by switching over a 12 hour cycle from renewables to fossil fuels which is technologically impossible unless those high efficiency power storing batteries were available in the first place. The alternative is a Fast Firing Natural Gas Power Plant with which power production can be ramped up to as much as 600 MW in 30 min to power the grid [2].

Renewables also require vast swathes of open land that is obstruction free but leads to de-forestation with flora and fauna displacement. Whereas, Energy storing batteries, require raw materials mined from the earth & mining must continue to replace old batteries. According to Wood Mackenzie [3], “…energy storage deployments are expected to grow by more than 5x (38% annually) over the next five years, reaching 44 GWh of annual deployments globally by 2024, the majority of which will be lithium-ion based systems”.

This begs the question as to where would battery waste be disposed. The same report [3] discusses, “Disposing of EV batteries is costly, while the decommissioning of lithium-ion battery storage systems is essentially nonexistent, considering the viable recycling technology and infrastructure available at this time”. “…Supply responses are under way, but it pays to be patient as new capacities compete to produce lithium and other battery-grade chemicals that will satisfy the EV onslaught.”

But until then, shipping to poorer countries that lack or possess poor infrastructure to segregate & recycle isn’t a viable option from an environmental standpoint and neither does it help burying battery waste under the earth, only for them to contaminate the water table.

In Saving the Climate you End up Messing up the Environment.

So let's say, with all those climate deals signed, a Goliath mound of cash appearing from thin air (A Herculean task for poorer nations) and the world switched over to the power equivalent of Renewables, then it will also demand the additional expense of an equivalent Fast Firing Natural Gas Infrastructure to compensate for the unavailability & erratic supply of renewables caused by natural causes. This means, the Oil Man Still Wins.

The more the world clamours for Renewables, The more number of Natural Gas Plants have to be built to compensate for erratic renewables which defeats the very purpose of venturing into a Green Future

The simple truth is, Fossil Fuels were never the enemy of the planet. It is man’s “Insatiable thirst for Consumption”, that has ripped through the fabric of society, climate and environment. Human existence exists in a limited spectrum. Too less or too much of anything is a problem. The world has traversed through the eons of time often feeling dissatisfied that, what they have is never enough, so much that strife & war has often been the final solution.

However in the 21st century, mankind under its illusory definition of self sufficiency, has taken matters into its own hands to provide themselves with an abundance of energy resources at the cost of both climate & environment. While doing so, mankind is blinded by the historical amnesia, that it is their unrefined habits of endless consumption, which will lay forth their own weapons of self destruction, waiting for history to repeat itself. Imagine a world where everybody is so independent that eventually nobody would feel obliged to listen to each other. It is at that moment when mankind has hit the dead end of progress.

Hence, a Balance is the need of the hour, between a source of endless energy that can potentially blow the lid off on consumption & a source of limited energy, which requires sweat & toil to keep reminding us the need for a sense of responsibility & accountability towards consumption. It is only then the world qualifies to ask for Renewables as the mainstay of energy security. If Not, then all that the world can look forward to, is the reality of H.G Wells’s description of Planet of the Morlocks, no matter how much mankind’s ingenuity is at play.

Matt commented on ...
Mobile Power Plants Are Taking to the High Seas

Are these meant to be stopgaps or actual longer-term solutions?