While competition between renewable energy technologies lasts, some organizations realize that the immediate and most practical way to lower carbon emissions and drive the ecological revolution... 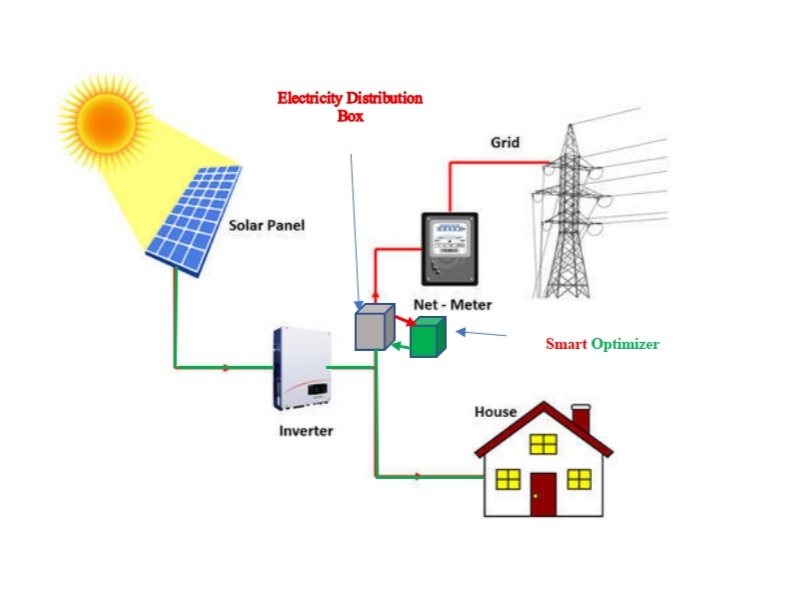 Solar energy from photovoltaic (PV) is among the fastest developing renewable energy systems worldwide. The trend would continue in the next few years, especially for the small- and medium-sized PV plants, given the ever-increasing electricity price and decreasing technology cost.
Among the installed PV plants, most of them are situated at the distribution systems and bring various operational challenges such as power quality and power flow management. One of the biggest problems for PV penetration integration - is the high voltage at low voltage (LV) grids.
Followed by PV adoption is grid integration. With the high amount of PV installed, the variable PV outputs bring issues on supply security. In addition, a large part of the installation takes place in the residential areas, where the grids are not initially prepared for interconnecting generation units. Issues such as voltage quality, congestion, efficiency, are emerging.
Voltage control is one of the urgent issues in distribution systems for solar PV integration and we propose simple and cheap solutions for those issues – SMART -Optimizer ECOD

Let's consider the Voltage characteristics at LV networks
The resistivity of the residential LV grids makes the voltage control differs from high voltage (HV) transmission systems.
Considering a simple network as shown in Fig. 1, ignoring the charging effect of the line, in HV system, the magnitude of the resistance is much smaller than the reactance, whilst it is an opposite situation in LV grids. In Fig. 1, considering receiving end voltage vector V˙T is at the standard position, the expression of the voltage drop across the line is

ΔV=I˙(R+jX)=(P+jQVT)∗(R+jX)=PR+QXVT+jPX−QRVT       (1)
In HV systems, as to the high X/R ratios, the voltage drop can be expressed by ignoring the resistance effect,
ΔV˙=QXVT+jPXVT, and ∣∣ΔV˙∣∣≈QXVT      (2)
where ∣∣ΔV˙∣∣ can be approximated by ignoring the effect of imaginary component PX/VT. In LV systems, due to the lower X/R ratios, the effect of resistance is no longer negligible, and the assumptions taken for HV systems are no longer valid. This difference is also illustrated in Fig. 1. Ignoring the imaginary part of (1), ∣∣ΔV˙∣∣ in LV system may be approximated by
∣∣ΔV˙∣∣=PR+QXVT      (3)    The total derivative of ∣∣ΔV˙∣∣ with respect to power transfer is d∣∣ΔV˙∣∣=∂∣∣ΔV˙∣∣∂PdP+∂∣∣ΔV˙∣∣∂QdQ=RVTdP+XVTdQ    (4)
From (4), it can be seen that an increment of active power transmission will automatically increase voltage difference; while by applying negative reactive power increment, this voltage magnitude difference may be reduced. For a system with PV installations, PV can be seen as the generator at the sending end of Fig. 1 with voltage V˙S, while the receiving end is the upstream system. If PV is injecting power into the system, ignoring the losses on the line, the power is the same seen at the receiving end, thus the discussion above explains exactly the voltage rise issue and the possible control strategies.
In general, the impedance in Fig. 1 can be viewed as the Thevenin impedance seen from the PV inverter, where the receiving end represents the system. To mitigate the voltage, rise issue at

the sending end, assuming Z and system side voltage V˙T constant, few ways can be seen from (3): ① Reduce active power injection; ② Apply negative reactive power injection.
The effectiveness of each method is however dependent on the X/R ratio of the Thevenin impedance, which can be seen from (4). The actual voltage difference across the line is dependent also on the actual values of X and R, as shown in (3). In order to design a proper control strategy, it is of interest to study the Thevenin impedance of the distribution systems to design or select proper control methods.

In addition, a large part of the installation takes place in the residential areas, where the grids are not initially prepared for interconnecting generation units. Issues such as voltage quality, congestion, efficiency, are emerging.

What sort of mechanism do you see as the potential solution here-- will regulations need to be implemented to solve for this? Will there be good financial motivations?

We offer as a  solution our technology Smart -Optimizer ECOD.

ECOD’s patented technology’s working principle has the electronic controller regulating the direction of the current in the coil of each transformer (one per phase) regulating and balancing the network parameter to sustain the highest performance whilst minimizing power loss in the network. At the input of our device will be voltage like in transmission lines but at the output will be an optimized voltage which allows integration of supplied voltage by an inverter to the line voltage. Our device almost does not use energy for own needs. A lot smaller weight and dimensions and many times efficiently than ordinary stabilizers. By use of our technology clients get few benefits -  integration solar panel with a transmission line, reducing of the electricity consumption, reducing reactive power, reducing peak  Demand (KW), increase equipment lifespan caused reducing current of the load.