How do we balance diversity and standardization design of various types of advanced reactors?

How do we balance diversity and standardization design of various types of advanced reactors? Is this a valid question or is that a false dilemma? Especially for smaller designs, it would appear to be imperative to standardize and expedite the development of economies of scale to help build robust supply chains and factory fabrication of small modular reactors, e.g., less than 300 MWe.

The theoretical global market for SMRs and advanced reactors is quite large, but at this stage, given current market opportunities and industrial/manufacturing capacity, what is the best way to proceed?

"Speeding Up Time to Market: A Role for Standards and Reference Designs for Advanced Nuclear Reactors in the U.S.

I believe that standardization is the best solution for the nuclear industry. I think the problem will be will the end users try to change the red valve to a green valve and so on thus eliminating any advantage to standardization?

Dan, of course it's a valid question, and I think INL's Advanced Test Reactor facility will provide the answer. If (and a very big IF) it's properly funded, and not just another excuse to kick the nuclear energy can down the road. I can imagine fossil fuel interests in Congress stalling progress by picking holes in new technologies - asking questions that have already been answered. They could waste a lot of time that way, and we don't have a lot time to waste.

Standardization has economic advantages when a number of units are built. However, that can only occur once the marketplace establishes a need for a number of the products. Therein lies a problem for advanced reactors.

There are a number advanced reactor designs, but the government, not the marketplace, is championing select designs. The designs are generally not competitive with other forms of generation. Further, all the designs carry heavy financial baggage associated with excessive regulation by the government. These factors strongly suggest that advanced reactors, if ever actually built, will be one-off machines supported by heavy subsidies. That scenario is not fertile ground for building a number of units, rendering standardization highly unlikely.

Most of the advanced designs appear to be driven by novel reactor considerations, as opposed to the fundamental economics associated with competitiveness in the power generation marketplace. That being said, renewable energy demonstrates that large numbers of facilities can be constructed while being heavily subsidized by the government. However, these machines do not carry massive financial risk as a result of overregulation, safety considerations, and very large initial capital outlays.

In passing, standardization of nuclear plants did occur in the 1970’s and cost reductions of roughly 10 percent occurred. The marketplace was also driving a need for many such facilities. The Three Mile Island accident occurred during that time frame and the subsequent massive overreaction by the government regulators rendered large numbers of the units as grossly non-competitive and financially risky. That was the end of building new nuclear units in the US.

1 This is a false comparison. In any technology led industry there will always be customized, one-of-a-kind solutions for projects that have unique requirements, and for which the customer’s needs to satisfy them are not bounded by profitability considerations. A key example is the DOD effort to develop transportable 1-5 MWe SMRs for tactical readiness power supplies at forward locations. 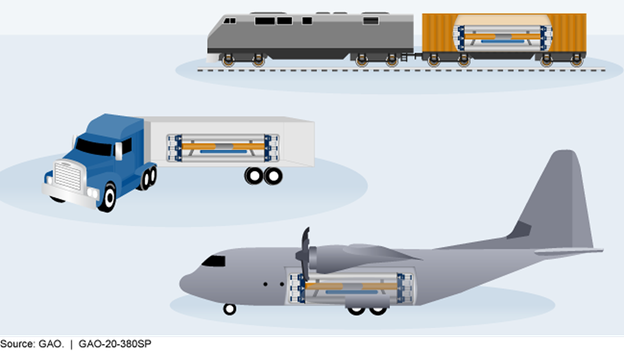 For customers for whom profitability is a key factor, vendors will be forced to limit their investment in technological innovation in order to standardize components that can be delivered in volume by their supply chains at competitive price points. This is the only path that makes sense to enable factory production of SMRs.

Some vendors who are further along in their designs, such as TerraPower and X-Energy, may see standardization around reference designs as a non-starter given where they are in the maturity of development cycle for their innovations in reactor design.

Light water SMRs, such as the one being developed by NuScale, will have an advantage in terms of time to market over advanced designs (thermal, fast) because LWR technologies, fabrication of components, and operations of these designs are well known and represent far lower risks for customers even for FOAK units.

Advanced designs will need to prove the worth and practicality of their technologies. These outcomes will be achieved through first-of-a-kind (FOAK) prototypes, making some test data public or at least available to potential customers under NDA, and other measures to build investor and customer confidence.

These measures are the same for LWR and advanced designs. These measures are that the units can be built on time, within budget, and successfully and reliably operated at a profit for electricity generation, process heat applications, and other uses such as desalinization. In Canada there are 13 advanced reactor development efforts now in various stages of Vendor Design Review with the Canadian Nuclear Safety Commission. Of the 13 designs, 11 will use HALEU or TRISO fuels and will offer customers multiple opportunities for process heat applications with the resulting additional revenue streams for utilities that deploy them.

Cost considerations for all types of SMRs will be in the forefront of customer issues in addition to questions of complexity, ability to produce large numbers of units in factory settings, thus achieving economies of scale, etc.

Also, advanced designs under 300 MWe, even in configurations of multiple units pe site, are unlikely to be 100% “replacement” technologies for LWR SMRs or full size LWRs, e.g., 1000MWe or more. Both types of designs are likely to be offered by vendors through the rest of this century. Utilities may build SMRs in some markets such as eastern Europe,, but for Asia’s mega-cities, the full size units will be needed to meet demand for electricity.

Advanced designs at the lower end of the power spectrum, for niche uses such as off the grid locations, make be among the first types to enjoyed market acceptance. Applications on a “micro grid” may be the unique kind of niche that can be filled by these advanced designs that will come as low maintenance “packages” that don’t require the support of a 50-300 MWe LWR SMR.

Here are a couple of examples from other industries about the trade- off between technological competitiveness and market share.

When IBM brought the first personal computer to market, it used an 8-bit bus for adapter cards because there was a robust after-market of video cards, modems, LAN network cards, etc., parallel and serial ports, and other devices that relied on the 8-bit architecture.

When IBM’s competitors Compag and AT&T offered faster PCs with a 16-bit bus, their market share struggled to have an impact on IBMs success due to a lack of after market products. Compaq was eventually acquired by HP and the AT&T 6300, a unique and fascinating piece of hardware, only had robust sales with large federal government procurements.

The U.S. railroad industry has more than 50 years of experience with coal fired steam engines when diesel electric locomotives were introduced in the 1930s. It took more than two decades for railroads to make the transition to the highly efficient diesel electrics due to the huge investment railroads had in not only their existing steam locomotives, but also their reliance on existing suppliers of fuel (coal), parts, and services for them.

Also, the switch from coal to diesel fuel required an entirely new and massive investment in support infrastructure for each railroad which in turn created a huge demand for components and facilities to support it that took time to be met by suppliers some of which were brand new to the industry.

The efficiencies offered by diesels, more horsepower per unit, much lower labor costs, and lower maintenance costs per mile of operation were not realized until the late 1950s.

Peter commented on ...
Energy Systems and Sustainable Land Use: The Good, the Bad, and the Unexpected

1. Painfully obvious to no-one who studies the facts.

Thanks for sharing this, Wil. In certain fossil fuel focused areas-- West Virginia in the U.S.

Having read the public report, I can see how no one would be happy, and several ways to fix the report.

Michael commented on ...
Energy Systems and Sustainable Land Use: The Good, the Bad, and the Unexpected

Bob is on target. For our Palo Verde example and assuming good wind availability (e.g. parts of plains of Kansas) need about 1 million acres.