GERD's Agreement: Is it near or still faraway?

GERD's Agreement: Is it near or still faraway?

USA Secretary of State Mike Pompeo said at a press conference Tuesday 2/18/2020 in the Ethiopian capital, Addis Ababa, that it could be months before the dispute between Egypt and Ethiopia over the Grand Ethiopian Renaissance Dam (GERD) is resolved. He added that "a great deal of work remains, but I'm optimistic that over the coming months we can resolve this". Pompeo was on a three-nation Africa tour that also included Senegal and Angola before he was scheduled to head to the Middle East.

Pompeo's statements came as a surprise considering that only a few days before, following the conclusion of the latest round of negotiations in Washington on 12 and 13 February, US Treasury Secretary Steven Mnuchin in a join statement issued by Egypt, Ethiopian and Sudan, the US Department of the Treasury and the World Bank had said that “The United States, with technical support from the World Bank, has agreed to facilitate the preparation of the final agreement for consideration by the ministers and heads of state for conclusion by the end of the month”.

President Abdel-Fattah El-Sisi stressed commitment to the success of negotiations on the Grand Ethiopian Renaissance Dam (GERD) under Washington’s sponsorship, a statement by the presidency read on Saturday. He added that a near agreement between Egypt, Ethiopia and Sudan on the filling and operation of GERD would secure a balance between all involved parties , and would open new aspects for cooperation, coordination and development between Egypt, Ethiopia and Sudan. 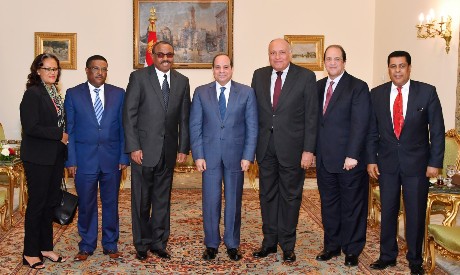 German energy costs rose 50% in 2016 from 2005, an annual increase of 4.6%, 4 times the US increase. Is the German solar industry a model for the rest of the world to follow, both technically and financially?

The missing puzzle piece for getting to 100% clean power

I'm suprized to see Vox put out such an indepth dive into the biomass energy at this time—but I'm not complaining. Personally, I don't know exactly where I stand on biomass. My gut tells me there's a probably a niche place for it in the right..

The missing puzzle piece for getting to 100% clean power