Ten years have passed since Japan suffered the great Tohoku earthquake and tsunami that killed 20,000 people, caused US$300 billion of damage and initiated the accident at the Fukushima Daichi nuclear power plant.

Reviewing the media reporting last month, the nature of the stories has changed.  There were of course many articles that continued to talk about the dangers of nuclear power but there were also numerous articles noting the real lesson to be learned from the accident is that nuclear power is safe.  And when news outlets associated the deaths in Japan with the nuclear accident, complaints resulted in many of them accepting their articles were wrong and issuing corrections to state the deaths were all due to the earthquake and tsunami.

When it comes to the actual impact of the accident on human health, the science is absolutely clear.  No one died from radiation from this event (the Japanese have associated one death of a nuclear worker with radiation, but the science does not support it).  A recently (2020 edition) updated United Nations Scientific Committee on the Effects of Atomic Radiation (UNSCEAR) report on the levels and effects of radiation exposure due to the accident said that future health effects, e.g. cancer directly related to atomic (nuclear plant) radiation exposure are unlikely to be discernible. But that doesn’t mean there was not a large impact on people and Japanese society as a whole.  People are suffering consequences related to the fear of radiation and its potential impact to them and their families, rather than from the radiation itself.  As stated in the earlier 2013 UNSCEAR report, “The most important health effect is on mental and social well-being, related to the enormous impact of the earthquake, tsunami and nuclear accident, and the fear and stigma related to the perceived risk of exposure to ionizing radiation.”   Addressing this impact is essential for both the Japanese people that continue to suffer and to minimize these kinds of impacts in the future. 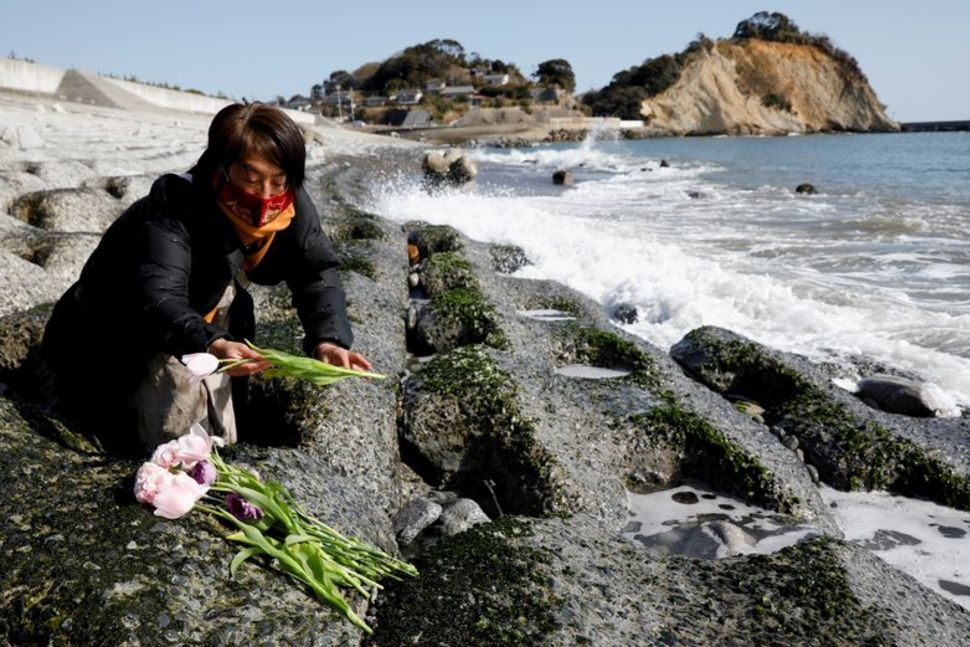 Mariko Odawara places flowers to mourn the victims of the earthquake and tsunami that killed thousands and triggered the worst nuclear accident since Chernobyl, during its 10th anniversary, in Iwaki, Fukushima prefecture, Japan March 11, 2021. REUTERS/Kim Kyung-HoonReuters

How society feels about different technologies and their dangers vary dramatically resulting in a broad range of public views when accidents happen.  Let’s look at some of the tragic events that have happened around the world in recent years and how society reacted.

In 2018 and 2019 two Boeing 737 MAX aircraft crashed (in Indonesia and in Ethiopia) killing 300 people.   After the second accident the world reacted (two accidents so close together for a new design has never been seen in the history of modern aviation), and these planes were grounded for over two years as serious safety culture issues were identified at Boeing.  Changes have been implemented to correct the deficiencies with the planes now declared safe and returned to service.  Why did it take so long for the industry to react and why did the public not become more concerned about flying?  Flying is important to the world as we all want to travel.  We accept flying as safe and are willing to overlook an accident as a rare event even though the consequences are tragic.  (Since the pandemic we miss travelling more than ever.)  Reporting was more related to how the issue can be resolved to get the planes flying again than in creating fear of flying.

Last summer, a large amount of ammonium nitrate stored at the port of the city of Beirut, the capital of Lebanon, exploded, causing at least 215 deaths, 7,500 injuries, and US$15 billion in property damage, and leaving an estimated 300,000 people homeless.  This was a huge tragedy, with the blame focused on the corruption of the Lebanese government.  There was no reporting talking about this dangerous substance and its risks.  No one was asking how it should be safely stored and transported and whether there are shortcomings in the regulations on how to keep people safe.  In fact, the industry that creates the chemical was nowhere to be seen in the discussion.

Finally, as we all continue to feel the impact of this global pandemic that to date has infected more than 145 million and killed more than 3 million, we still have many who are fighting against public health directives focused on keeping us safe and some who simply choose to not accept the danger posed by this disease.  With the end of the pandemic now in sight because of the amazing success of vaccines developed in record time, the biggest risk remains vaccine hesitancy.  Somehow there are many people who are more afraid of the vaccine than the disease.

Looking at these examples, we see that:

Our purpose here is not to go into detail but to contrast how we as a global population choose to see threats and risks and respond to them. Each one of these examples demonstrates a vastly different response as the public has varying degrees of concern when evaluating risk.  Often many of us try and discuss why we think this is the case.  However, truly understanding these differences in perception and reaction is a task for the social scientists.  The issues are complex.  Studies are needed to learn how to better address public concerns and develop strategies to ensure that risks are contextualized, and science better explained to ensure the best possible response when tragic events occur.

It is a good thing the nuclear industry learns lessons from its experience to make nuclear better, but we also seem to define ourselves by our accidents rather than by our successes.  Perhaps its time for that to stop. It may have taken a decade, but the world is realizing the benefits of nuclear power far outweigh the risks (a phrase we hear every day about vaccines) and that climate change is the greater threat to humanity that needs to be addressed now, with nuclear power being an important part of the solution.

Your examples are really interesting and thought provoking, Milton!

An accident at a nuclear plant resulting from an extreme once in a hundred-year natural disaster disrupts the lives of many and kills no one.  The conclusion for some is the technology is so dangerous that there are calls to completely shut down the industry, with some countries like Germany who have no plant models that are similar to Fukushima nor the conditions for a similar event deciding the risks are too great.

Where do you think this rush to fear came from when it originally happened? You see a lot of people blaming competing industries for stoking the fear, but I imagine in the immediate wake (or maybe even before the first accident) the fear needed no flaming. Is it because of nuclear's ties to the weapons that spawned nuclear energy technology back in the Manhattan Project days? It is just that natural gas is dangerous over a persistent period of time but no one was worried about 'natural gas bombs' during the Cold War?

Matt, the accident at Three Mile Island was the first nuclear accident I can remember, and it was terrifying. It wasn't until years later I learned the plant's containment dome, unlike the flimsy steel boxes surrounding the reactors at Fukushima, worked exactly as it had been designed to work - and how media at the time, whether intentionally or not, had vastly exaggerated the scope and danger of the accident.

Because the accident happened 12 days after Columbia Pictures' release of The China Syndrome, a film portraying a nuclear meltdown that threatened to melt through the Earth to China, there is ongoing speculation the accident was "engineered" by an insider working for an oil company to feed on fear generated by the film. In that day American films had a profound influence in other countries, and no doubt TCS played a part in feeding hysteria at Fukushima.

I don't buy the conspiracy theories, but there are several coincidences connecting the two events. Check out Rod Adams's two-part article:

"An accident at a nuclear plant resulting from an extreme once in a hundred-year natural disaster disrupts the lives of many and kills no one."

Good point, Milton - although the 2011 Tōhoku earthquake might be better described as a once-in-a-millennium natural disaster. It was the strongest Japanese earthquake in 1,142 years, since the Sanriku earthquake of 869.

I think you overlook the ongoing financial trauma of the Fukushima accident. Namely, billions and billions of dollars of financial damage to the Japanese economy.

In Europe and the US, the perceived financial risk of building future conventional nuclear power plants  vastly exceeds the actual safety risk to the public. That perceived investment risk generally grossly outweighs profitability considerations. That being said, existing nuclear facilities in the US have minimal financial risk from accidents while providing emissions free energy at generally reasonable costs. Shutting down these facilities is not particularly helpful, with one exception. Does allow the elimination of competitors to green energy (which is heavily subsidized as well as being mandated).

Future nuclear plants need to be essentially passively fail-safe and cost effective to attract investment, at least in the US and Europe. Areas on the planet with rapidly increasing energy needs and/or a desire for energy security/independence may tend to opt for conventional nuclear energy. However, cheap coal and natural gas dampen such desires because building nuclear facilities is an expensive undertaking.