The project is divided into three stages. The first stage, which could be operational by 2023, comprises a 10 MW electrolyser which can produce renewable hydrogen used directly to fuel buses and trucks.

Stage two comprises a 250 MW electrolyser facility which could be operational by 2027 when the first offshore wind power from Bornholm could be delivered.

Stage three, which could be operational by 2030 when the offshore wind potential at Bornholm has been fully developed, would upgrade the project’s electrolyser capacity to 1.3 GW and capture more sustainable CO2, enough to supply more than 250,000 tonnes of sustainable fuels to be used in buses, trucks, maritime vessels, and airplanes.

Julian commented on ...
Discover the Siemens Energy Hub for Enlit Europe 2021
Do you think that blockchain is going to be a technology that will be a part of IoT, energy stability and supply/demand, as well as DER projects...

Jim commented on ...
Discover the Siemens Energy Hub for Enlit Europe 2021
Siemens has been a leader in green Energy for quite a while . They seem to cover all types of energy production and storage. 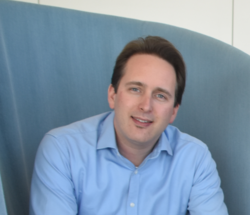 Sebastiaan commented on ...
☛ This way to a H2-ready Power Plant
Preparing power plants for hydrogen is crucial for new unit being build today.