A combination of failures: why 3.6m pounds of nuclear waste is buried on a popular California beach 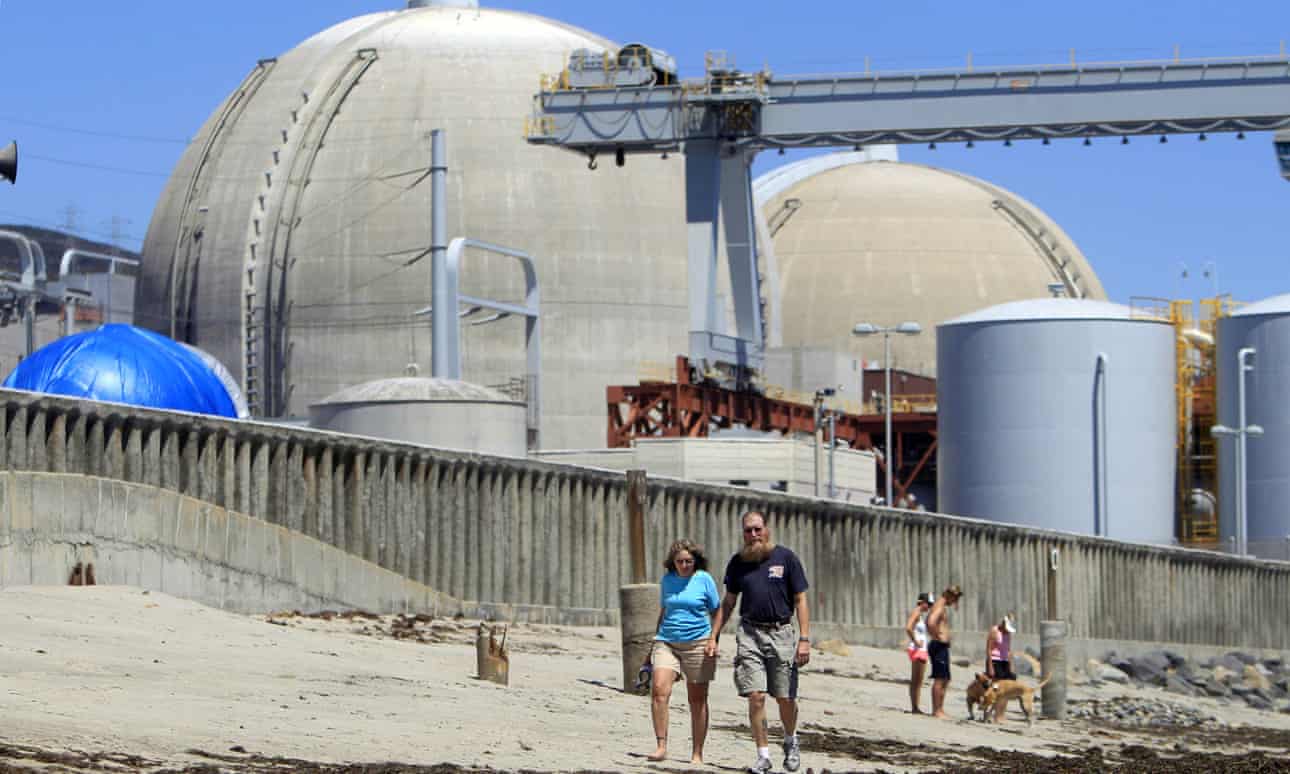 San Onofre is not the only place where waste is left stranded. As more nuclear sites shut down, communities across the country are stuck with the waste left behind. Spent fuel is stored at 76 reactor sites in 34 states, according to the Department of Energy.

Handling those stockpiles has been an afterthought to the NRC, the federal enforcer, said Allison Macfarlane, another former commission chair.

“It was not a big topic at the NRC, unfortunately,” Macfarlane said. “In the nuclear industry in general the backend of the nuclear cycle gets very little attention. So it just never rises to ‘oh this is a very important issue, we should be doing something.’”

A combination of failures: why 3.6m pounds of nuclear waste is buried on a popular California beach

Nonsense. There is no "nuclear waste buried at the beach". Anywhere.

At San Onofre, it is stored in upright casks, specifically designed to hold it for at least 1,000 years.

It would be stored at a permanent repository in Yucca Mountain, in Nevada, which would hold it for much longer. But that's no longer necessary, thanks to those who harbor the irrational, ignorant belief nuclear waste is buried at the beach - that it's more dangerous than climate change - and spread that belief, in articles like this one.

Because the daytime temperature on Venus is ~700°F, it's uninhabitable for any form of life. It's that hellish temperature for exactly the same reason the Earth is warming - greenhouse gases are trapping heat from the sun. Because the Earth is 26 million miles further from the Sun, it will "only" reach between 400-500°F during hot summer afternoons.

Long before it gets that hot, of course, there will be no life on Earth, either. No stupid humans to build solar panels, or wind turbines, and no chance of reducing Earth's concentration of greenhouse gases until the end of time.

Venus is a lot closer to the sun and lacks water. Both items play a significant role in the earths climate. The significance of natural events versus man-made CO2 remain subject to much controversy (as in we really don’t know).

Michael, the atmosphere of Venus is mostly carbon dioxide – the same gas driving the greenhouse effect on Earth. That post-1850 global warming is caused by anthropogenic sources is undisputed - at least in scientific circles.

Some amateur climatologists (aka TV meteorologists) find that controversial because their view of climate change is limited to whether it will rain on Thursday, or not.

By law, disposal of the used nuclear fuel is the responsibility of the Federal government. Not surprisingly the issue is a complete debacle.

An interim solution lies with  the dry cask storage systems that will work (and have worked) for many, many decades. Would be a good idea to consolidate the storage sites inland in remote areas with few natural hazards. Longer range, the stuff needs to be put deep underground - see Deep Isolation Technologies website.

Some argue that the plutonium in the used fuel should be recycled. That, however opens up several cans of worms like exorbitant reprocessing costs and potential sources for nuclear bombs

Ideally, the waste needs to be minimized by much more efficient advanced nuclear power plants. However I seriously doubt that will occur because of the mind numbing ineptness of the Federal bureaucrats hanging exorbitant costs on these advanced technologies. The advanced reactors are generally fail-safe and superior to current designs in terms of protection of the public.

Julian commented on ...
Using "Pumped Energy Storage" to augment baseload demand
This is a response to Matt Chester's question.  A study was done for PSH for the Sunshine site near Sykesville, MD in 1984.  From the study: ...