Carbon sequestration may be an option to reduce GHG emissions from Natural Gas fired generators if this technology matures.

A natural gas facility in Texas has delivered emissions-free electricity to the grid for the "first time anywhere in the world" for this kind of technology, according to an announcement yesterday. 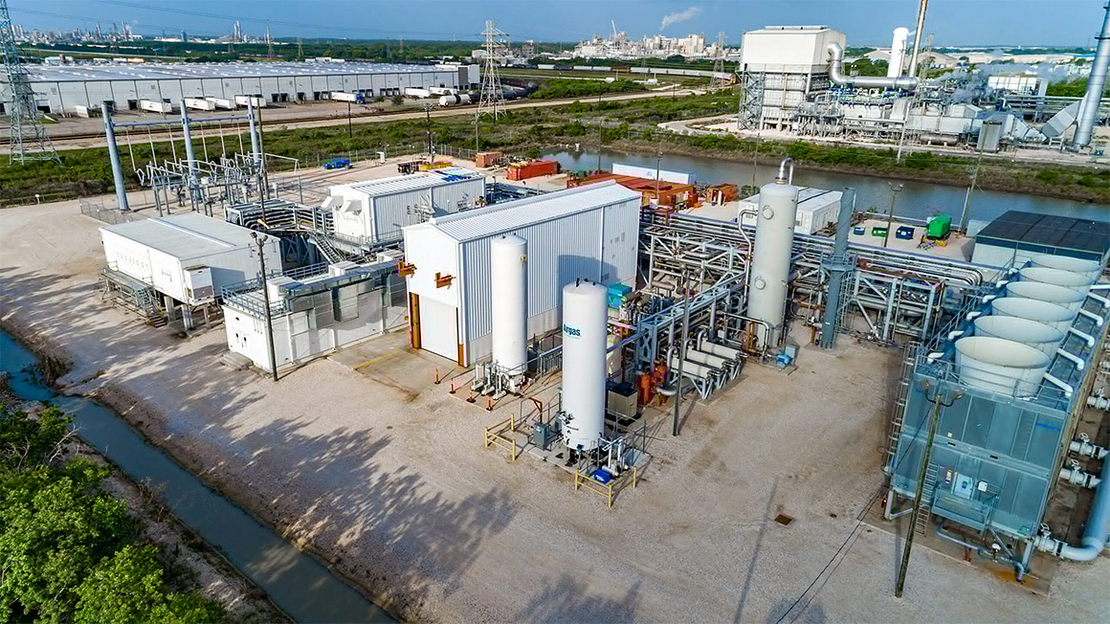 "A natural gas facility in Texas has delivered emissions-free electricity to the grid for the first time anywhere in the world...'This is a Wright-brothers-first-flight kind of breakthrough for energy — zero-emission, low-cost electricity delivered to the grid from natural gas-fueled technology,' Net Power CEO Ron DeGregorio said in a statement yesterday..."

Yikes, Richard. And we're supposed to accept this hyperbolic announcement at face value, when lying has been the bedrock principle of fossil fuel marketing since the 1880s?

"Other financial and technical questions remain about the project, which has been watched closely as a test of whether natural gas can be a carbon-free fuel. "

Given natural gas (CH4) will never be a "carbon-free fuel" - by definition - anyone watching this closely is unquestionably wasting their time.

Well, Nuke Bob, it is not the first time I catch you talking about things you seem to not know anything about.

There is indeed a net output loss from the Carbon Capture and storage. But having read about the Texas "Experiment", I am convinced that you have got comb to your Nuclear hair.

But just to give you a better run for your efforts, I am keenly following further experiments, which so far have successfully captured 1% of a huge power stations' CO2 output and compressed it - even at food grade level quality. The most important comment to this is, that the reason for the 1% is not technical incapacity, but the fact that the capturing unit was only taking out a small amount of the exhaust gasses for capturing purposes - of which it captured 100%.

To give you a further night sweat, so much that you may need cold showers every so often, how about an the current industry coming up with green Methanol (which we are already a very small part of) - where we start by capturing the CO2 from the fossil fuel industry (which is then carbon negative), combine it with H2 which comes out of electrolysis of water (via solar concentrated energy + steam turbine generated power - that's where we come in), which then in an exotherm process creates Methanol - which thereby turns that part of the E-Methanol industry into being net carbon negative, as there at any given time always will be several Gigatonnes of CO2 captured for use to make Methanol.

I am deliberately picking one of our competitors in this industry, and I will deliberately not tell you whom we are working with, not yet. Re-Integrate is seen here below with their boss. They have just landed a deal with the same Maersk. 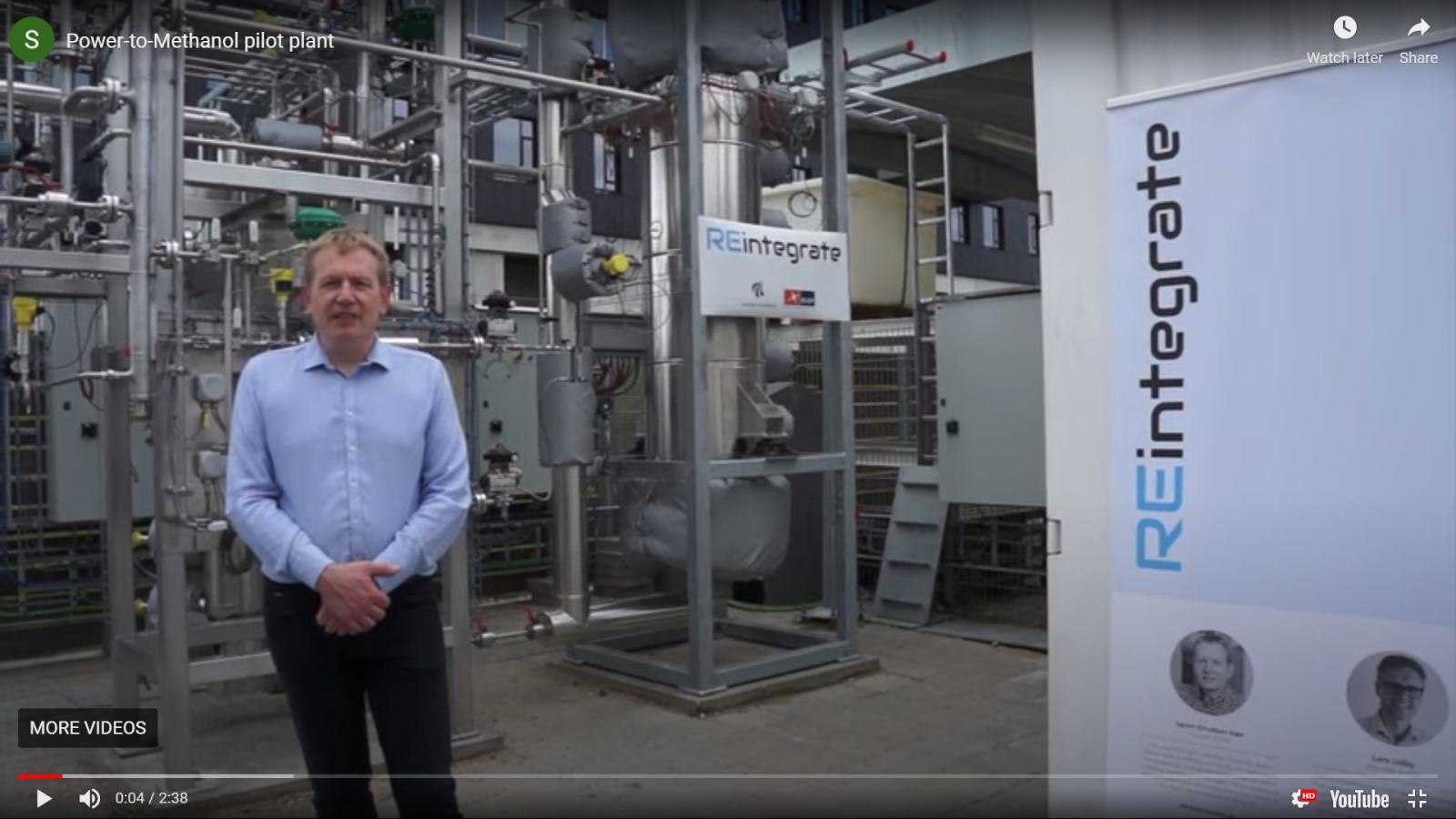 Here another player, INNOX, who are implementing yet another kind of E-Methanol manufacturing: 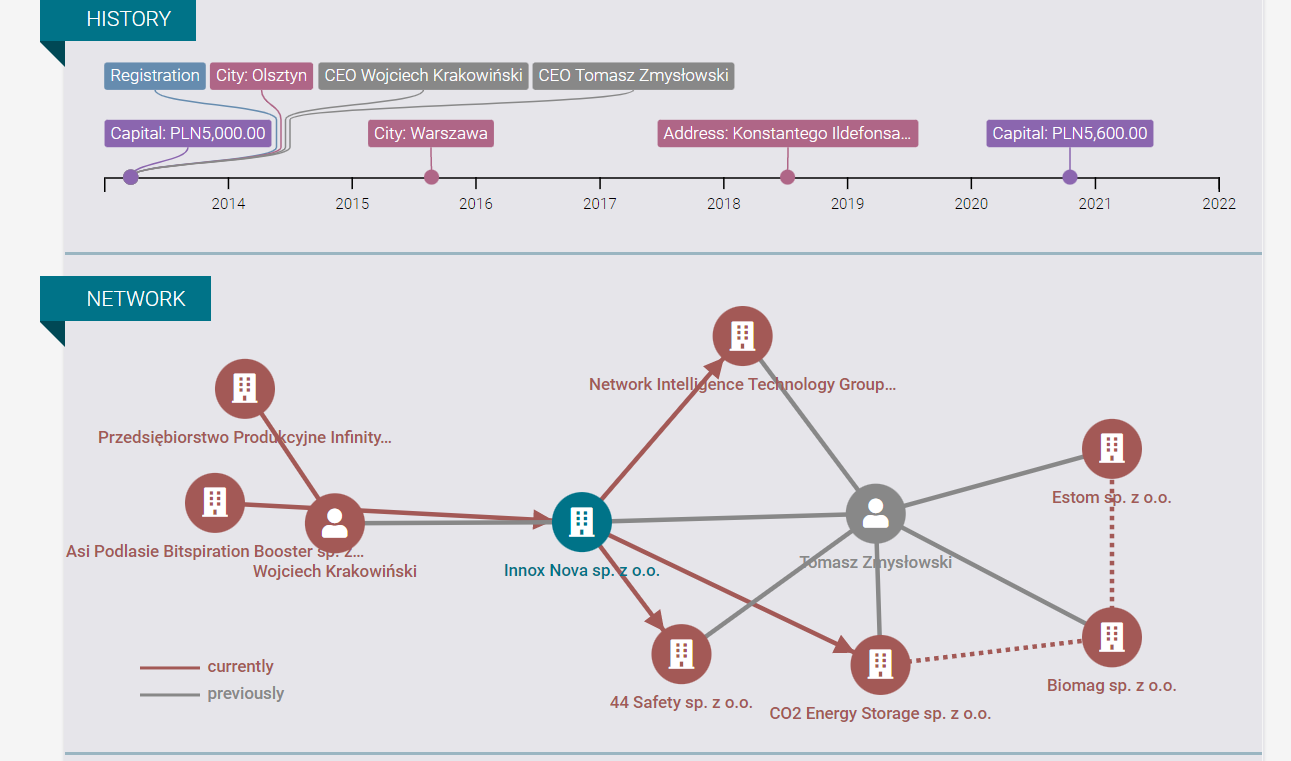 It goes by itself, that the CO2 and H2O coming out of the E-Methanol combustion will be captured too - for instance on Maersk, MSC's, Hapag Lloyd's ships and exchanged while berthing with fresh E-Methanol. A 20%-30% part of the CO2 MAY be synthesized back to Methanol while the ship is sailing, by flapping out gigantic solar cell panels while en-route..

Your Nuclear wet dream always was a nightmare in disguise.

So, Bob, when will you leave the dark side of The Force? Nuclear is stone dead. Yes, indeed, the old guard are still pursuing it, that is only making it worse.

Can you now have a good day.

David, as the Nuclear Renaissance proceeds, the growing desperation of ideological anti-nuclear zealots gives me more encouragement than you could possibly know. Keep up the good work.

That is very well and very good. I also encourage you to keep up your good work, because you will then not pay attention to, when your audience vaporizes, and turn to the dawning solar concentrator energy which soon will spread its light weight, non-polluting, purely Stainless Steel manufactured wings all over the world, in houses, in homes, in villages - but not at all connected to the grid. Unless of course some owners of some grids bring a good offer and takes care of all the mambo-jambo of connecting to these their silly Alternating Current networks with all its synchronization, control, and problems.

The radioactive rays from Uranium and the Selenko radiation from melting down reactor kernels will wane for finally to cease to exist on Earth. 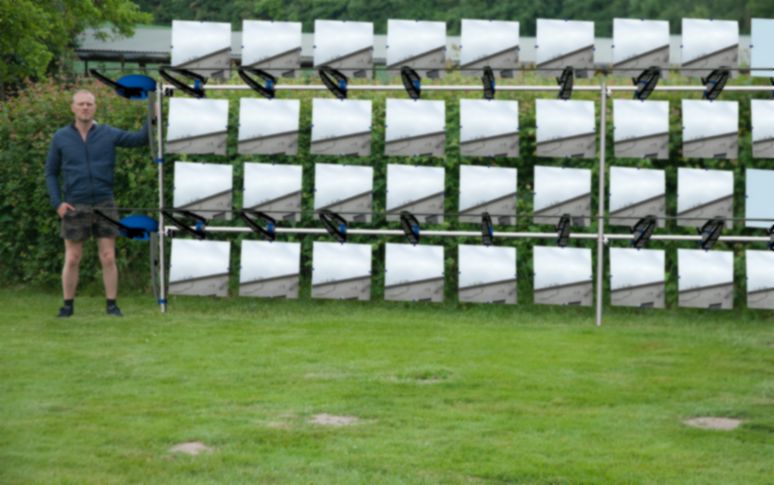 Above one of the solar concentrators for domestic use, the first functional prototype, here displaying a 10.2 kiloWatt unit for 55th latitude, put in a garden in Denmark. The man on the image is the owner.

Investment in the global energy transition hit a new record and a major milestone in 2022. But there’s good news and bad news.
How a Potential Labor Shortage Could Slow Down the Clean Energy Transition
News round-up, Monday, February 6, 2023
We asked for wishes, you answered: Send leaders into space, free electricity, dignity 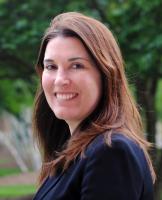 Diane commented on ...
Is nuclear essential to achieving our climate goals?
There is no doubt that for baseload power existing nuclear means extending the current licenses from 60 to 80 and maybe even 100 years.