The operator says the EPR reactor at Taishan in China is "under control" despite fuel rod concerns.

CNN said French energy firm EDF, which helps run the site, had warned the US government that China's nuclear regulator had raised limits on permissible levels of radiation outside the plant to avoid shutting it down.

EDF later said a problem with fuel rods had led to the build-up of gases, which had to be released into the atmosphere.

Last week an EDF spokesperson told CNN the French company would shut the plant down if it could.

They said the decision lay with the Chinese operator.

The situation at Taishan was "not an emergency" but nevertheless a "serious situation", the spokesperson added.

The operator says the EPR reactor at Taishan in China is "under control" despite fuel rod concerns. 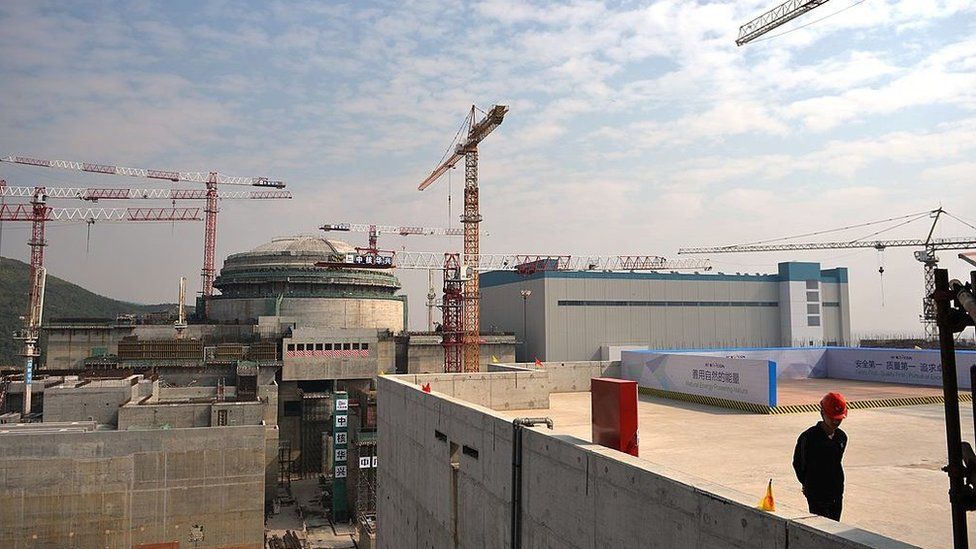 Charley, the situation at Taishan has been under control for a month now. Yesterday's shutdown was expected, and demonstrates an excess of caution. Very likely, it was unnecessary.

But your attempt at to stoke fear of nuclear energy is duly noted.

Geopolitical Impacts of South Africa Hydrogen in the Global Energy Transition
Energy Video Week1 October 2022: Pentagon Issues RFP for Nuclear MicroReactor to Support Alaskan Air Force Base
How much would your customers pay to be "greener"
Gulag winter (2022) with no foreseeable limits... Larry commented on ...
Purdue house runs entirely on DC power: Efficient Nano-Grid Powered by Solar, Batteries or Utilities
Hi David: Saw this done 15 years ago in a small house in Southern California.  With every single electric use on in the house, the house drew 200...

Michael commented on ...
California Grid Staggers under Heatwave Loads
The debacle is the direct result of a self serving ideology attempting to control energy in California.

Matt commented on ...
California ISO narrowly avoids rolling outages as peak demand hits record 52 GW
Making it through this time was important, but as you note the loads of AC and EVs are a big part of this.

Michael commented on ...
California’s Electric Car Controversy Shows the Importance of Load Management
I think the issues demonstrate the utter stupidity of the elitists governing California while providing yet another really good reason to drop...