Driven by unprecedented low fuel prices, gas power production increased by 7.1% during the first seven months from last year, while coal dipped dramatically by 27.5%.  The increase in natural gas was a robust 61.8 million MWh during the period.  Like natural gas, electricity production from wind (up 13%) and solar (up 23.9%) was up significantly this year over the same seven-month time period in 2019 – producing roughly 33 million MWh of electricity more in 2020.  Despite the relatively large increases in natural gas, wind, and solar power during the seven-month period, overall power production from U.S. power plants was down 3.2% (75.2 million MWh) from 2019.  Slight declines in nuclear (-8.0), conventional hydro (-0.9), and other renewables (-1.5) augmented the dramatic fall-off in coal power (-157.1 million MWh). 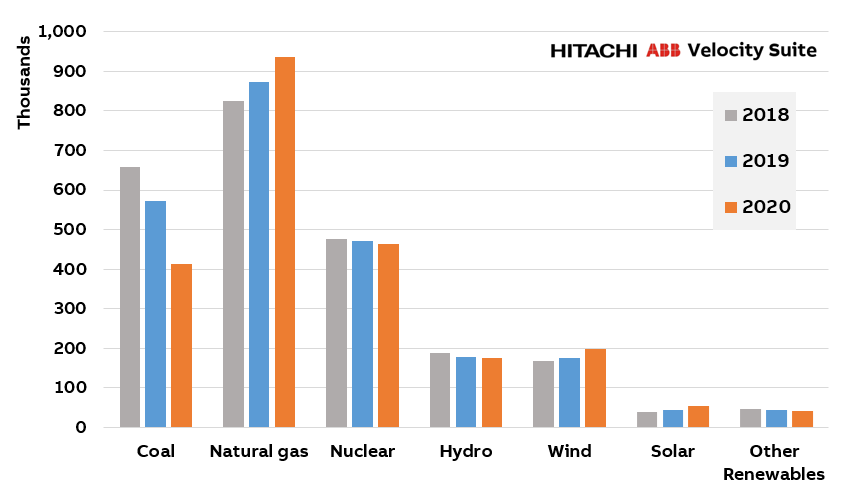 Natural gas, what a deal

The seven-month reporting highlights a significant shift in power generation resources during an unusual year of economic downturn and shifting power demand.  The availability of unparalleled low-priced natural gas has driven gas power generation to record heights resulting in an equally unparalleled decline in coal generation, which has fallen by 27.5% in a single year.  The continued expansion of wind and solar resources has resulted in record power generation from the two sources – up 15.2% from last year and combined with nuclear and other renewables has zero-carbon power generation now accounting for roughly 40.5% of total U.S. electricity production.