What are the biggest barriers that utilities face in transforming their DSM programs from broad offerings with a primary goal to achieve energy savings, to targeted programs with a goal to achieve savings in the right place at the right time?

Jim is a Principal with Nexant’s Utility Services business unit located in the Chandler, AZ office. Jim has more than 25 years experience in the field of energy management. He leads teams...

Over the years, as I have worked with utility clients on their DSM/EE program offerings, I have witnessed a growing industry buzz about the transformation of DSM programs from broad offerings that are promoted to all of a utility's customers in a peanut butter approach, toward more integrated programs that blend energy efficiency and demand response, while targeting specific areas and/or customers as a way to address distribution constraints. Yet the number of utilities that are actually taking this sort of targeted approach are few. I am curious to get the community's thoughts on what are the biggest barriers that utilities must overcome when transforming their DSM programs from broad offerings with a primary goal to achieve energy savings, to targeted programs with a goal to achieve savings in the right place at the right time?

Your points are all well taken and well supported, but I would like to comment on some other dimensions of the utility industry that I believe are equally important – if not more so – to the future development and success of the aforementioned and other utility programs…

A long time ago, when I was just getting started in the utility sector, someone (I don’t remember who) said something along these lines to me: “No matter how great your technology or your idea might be, nothing gets done in the utility industry without a rate case.” I must admit that the gravity of that statement was substantially lost on me for a long time after I first heard it, but over the years I gradually began to understand its profound relevancy as I watched dozens of potentially beneficial concepts, technologies, products and systems bite the dust for lack of utility funding. I gradually came to the realization that without some type of rate case to provide “foundation funding” there would be no budget and hence, no projects. It was a hard pill to swallow at the time – and it still is when we see viable, beneficial projects fail to advance.

We would all like to believe that any good idea with demonstrable merits and an attractive return should have a reasonable shot at success… but that simply is not the way it works in the utility business most of the time. In my opinion, arguably the biggest impediment to ‘good ideas’ getting their shot at success is woven into the way utility regulation – and as a result, ratemaking/rulemaking – is currently structured. While we have made some progress toward rates and rate cases being based on performance (e.g., cost reduction, efficiency, optimization, etc.) instead of spending, the vast majority of utilities still prioritize their annual budgets using total asset value as the main spending criterion. In other words, the greater the asset value, the larger share of spending is allocated to it. Without getting into a long dissertation on why that is the current methodology, the simple answer is that big, expensive assets are generally less risky and have longer depreciation schedules that fix spending far into the future, typically 20-30 years or sometimes even longer.

Expanding on the made points above, the main underlying reason why otherwise attractive projects don’t make the cut is that under the prevailing structure, building a new power plant will usually get more rate case support than innovative, less costly projects that could potentially eliminate the need for a new plant altogether. That might seem counterintuitive, but that’s the system that has been in place for decades and given that every state has its own PSC/PUC, the process required to change that methodology is neither simple nor expedient. (Anyone up for discussion of the need for a National Energy Policy? I didn’t think so…) About 20 years ago talk of total utility deregulation was rampant.

Those of us who are old enough will remember the slogan “5 in 5”… meaning that there would be only five major utilities by 2005. At the time, there was also lots of chatter about PBR and how important that would be toward getting utility rates under control, but as we know, neither of those predictions ever materialized. That’s because increasingly larger utility mergers started getting a lot of anti-trust scrutiny and as for PBR… well, the many champions of the ‘status quo’ dug in their heels, and as a result, PBR proved to be just too damned hard to do!

I believe that energy storage is potentially the big game-changer in all of this. (Clearly, that’s not a prediction but rather an observation.) Energy storage is the ‘missing link’ of sorts that make utility-scale wind and solar renewables a solid reality. As is often said, “You can’t make the sun shine or the wind blow,” so without having the ability to make hay (or in this case, electricity) while the sun shines in the form of energy storage, we’re left to deal with the reality that we cannot control Mother Nature in the ways we would like.

Florida Power and Light in the 1980s cut a deal with Florida regulators that no other utility has done. It basically allowed FP&L to create any DSM program they wanted and share the savings with the customers. This is the key to building a portfolio of DSM programs rather than trying to find a "one size fits all DSM silver bullet". At the peak of the experimentation FP&L had some 40 or 50 programs that customers could choose from. The goal was to "get 2% of different customers in each program" {the then CEO}.

There is probably a good case study in what FP&L did or even a book on what works and does not. But any utility or commission serious about DSM has to visit those Dockets, and learn from FP&L.

Inside the industry-enviro partnership that scored a big climate win on HFCs
How to Communicate With Customers About Load Management
Price regulation of energy in industry.
High Bills and No Power? Get Ahead of Potential Energy Shortfalls

What's the level of effort for regular maintenance for geothermal assets when compared with other sources of energy?

Bob commented on ...
52. The German "Energiewende": Mission Accomplished… but at what cost? And what’s next? - Redefining Energy podcast

A rare perspective it is that would consider Germany's Energiewende "Mission Accomplished" - unless its mission was: 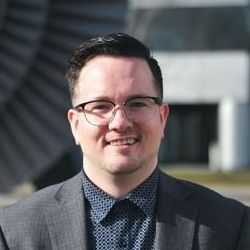 Ross commented on ...
Wind and Solar vs Nuclear

The choice is not between renewable and baseload power, it is between severe climate change and decarbonized energy systems.