Recent years have increasingly found utilities engaging their customers as partners in whole energy systems rather than just purchasers of the end products. Years of pilot programs, study, and trial and error have made more common energy efficiency programs that rely on customers to be proactive, rebate and credit programs that empower customers, and even demand response programs that inherently rely upon ongoing customer participation for success.

When utilities consider new programs in these areas, a best practice is to look at what has worked across the industry to find what attributes spell success and which are more likely to fall flat. However, energy companies must be careful not to assume that a one-size fits all solution applies or that what works for the geography or demographics of one utility will work for them.

In that regard, Opinion Dynamics, a market research and evaluation firm that focuses on the energy industry, has completed a number of industry reviews to uncover where some of those lessons learned from successful programs are universal and which require specific consideration of the customers in play. Jordan Folks, a Managing Consultant at Opinion Dynamics, will be specifically discussing the differences in Canadian and American customers when it comes to these types of utility programs at the upcoming AESP Summer Conference in Toronto. Ahead of his presentation, which is titled “Assessing Attitudinal and Behavioral Differences Between American and Canadian Energy Consumers,”  Jordan was kind enough to share some insights into this topic with Energy Central. 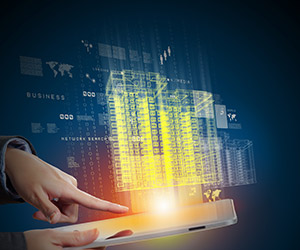 Matt Chester: Your presentation is going to cover the questions of whether insights on what works for utility programs in the United States would work equally well in Canada based on customer behaviors. Why is this a topic that you found worthy of this presentation—is it a question you get asked a lot?

Jordan Folks: I come from a sociology background, and the sociologist in me thinks that cultural nuances are too often ignored in our industry. North Americans are not a monolith. Americans and Canadians share a lot in common, but there are some cultural differences there too, and there are plenty of regional cultural differences within each country as well. As far as I can tell, there hasn’t been much exploration in our industry to assess how culturally different these nations are – specifically as it relates to thinking about energy use and engaging with energy providers. So, to answer your question – no, I don’t think this question is getting asked enough.

MC: Obviously, all customers are unique in some way but there are some cultural and regional differences that should be acknowledged and worked with when utilities try to engage in customers. Can you give a preview of what some of the interesting insights you found were? Was there anything that was particularly surprising or unexpected?

JF: I think one of the biggest surprises was that Americans and Canadians were more similar than they were different. But there was definitely some nuance there, that in retrospect makes a lot sense when you think about some of the values that we associate with American or Canadian cultures. Without divulging too much of the presentation, we see that Canadian energy conservation is more motivated by the “greater good,” while Americans are more focused on their immediate self-interests, such as benefits to their own home and family.

MC: Your insights into customer behaviors also dives into the question of how customers’ stated values and priorities compare with what those values and priorities are in practice when put to the test. In general, how ‘accurate’ are customers in assessing what really matters to them? Is there a root cause you’ve found for any specific apparent cognitive dissonance between perceived importance and actual importance?

JF: Perhaps surprisingly, we found that revealed values were pretty similar to stated values – and this was the case for both Americans and Canadians. So, when it comes to energy, North Americans seem to understand what they really want from their energy provider.

JF: I love this question. I would caution anyone from using too broad of a brush when painting the cultural and behavioral landscape of an entire country. This study reveals that there are sizeable minorities that have different motivations and priorities than the mainstream when it comes to energy use, and these divisions are inevitably going to be greater or lesser depending on the region. I encourage utilities and implementers to learn as much as they can about their customers and participants so they can use messaging that best resonates in their region. 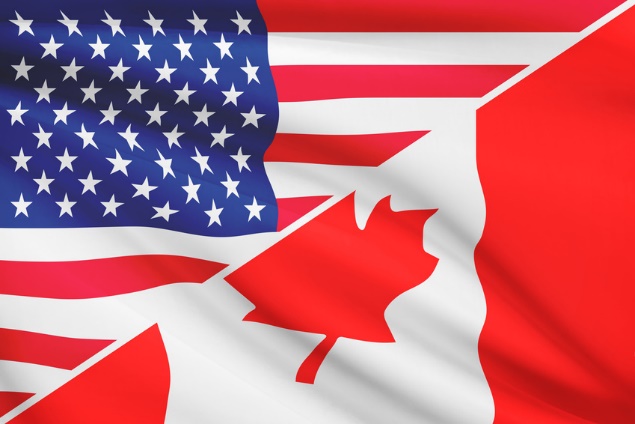 MC: Once utilities are equipped with the tools and knowledge of what the values of their customers actually are, what is the best way for them to take advantage of those insights? Have you run into issues where utilities don’t properly engage with this valuable information?

JF: The only thing worse than not collecting data is not acting on it! And I’ve definitely seen that happen. My advice is to listen to what your customers value and provide offerings that speak to that. Segmentation is a great way to help meet people where they are – customize your advertising and messaging to be as micro-targeted as possible.

MC: Aside from presenting at the AESP Summer Conference, are there any particular topics or speakers you’re eager to listen in on as an attendee? What do you see as the most exciting topics you want to learn more about?

JF: Oh man, I’m terrible with favorites! As a recovering sociologist, I’m most interested in the human side of efficiency – so any sessions related to engaging customers is right up my alley. Time-of-use rates are a perfect example of that, and they are the focus of much of my recent research, so that’s one session I’m excited about.

If you're interested in learning more about the differences between Canadian and American energy customers, be sure to check out Jordan's presentation this topic at AESP’s Summer Conference (in Toronto from August 27 to 29). You can learn more about the agenda and register for the conference here.

"Without divulging too much of the presentation, we see that Canadian energy conservation is more motivated by the “greater good,” while Americans are more focused on their immediate self-interests, such as benefits to their own home and family."

Matt, I couldn't agree more, and though some polarize that distinction as "socialism vs. capitalism", there is significant overlap - policy that benefits both the greater good and  self-interests.

With our approaching election I expect Trump will begin the namecalling, portraying Democrats as Socialists looking for a free ride. There are also some Democrats who, by dismissing the public benefits of free-market capitalism, will only provide fodder for his rants and help ensure his re-election.

Agreed, Bob-- Jordan provided some real on-point insights and these nuances likely get overlooked too often. Working on getting Jordan to get into the Energy Central community so he can share more of his insights into these customer behavior trends and what they mean for utilities.

Thanks for welcoming me into the Energy Central community, Matt! Happy to respond to any follow up questions anyone may have.

One of my colleagues likes to say "the planet/climate doesn't care where the carbon comes from" and I think this relates to these findings as well. EE/renewables/DR are all inherently good for the grid and the planet, even if people internally justify them for different reasons (be them "selfish" or "altruistic" reasons). Finding the messaging that best motivates people is key!

even if people internally justify them for different reasons (be them "selfish" or "altruistic" reasons). Finding the messaging that best motivates people is key!

Well said-- I've always likened that to the story of the three blind men and the elephant. It doesn't matter if one person sees environmental benefits and another sees cost savings and another sees a more reliable grid, if the solution satisfies all three then they are all correct.