Sounds like science fiction, but it’s 2020 and we’re not piloting flying cars or programming maids to clean our homes.  Toyota’s new ‘Woven City’ isn’t far from the ambitious future often portrayed in movies and television.  The smart city will employ numerous technologies and sit on a 175-acre site below Mt. Fuji.  Subterranean corridors will house domestic and delivery robots. Pathways will provide transport via autonomous electric cars, self-driving mobility pods, scooters, bicycles, skateboards, monowheels and pedestrians.  Building from the ground up, with the intention of applying every viable, clean and efficient approach, will allow Toyota to test technologies aimed at raising air quality and reducing emissions while improving everyday conveniences for city living.   Completely powered by hydrogen, the 'Woven City' is a colossal undertaking.

Many are hesitant to rely on this highly combustible energy source.  The DOE poignantly admits a degree of danger can be associated with any fuel.  A number of hydrogen's properties make it safer to handle and use than the fuels commonly used today. For example, hydrogen is non-toxic. In addition, because hydrogen is much lighter than air, it dissipates rapidly when it is released, allowing for relatively rapid dispersal of the fuel in case of a leak.  Previous tests have proven that hydrogen can be produced, stored, and dispensed safely.  Before it can be used as a fuel, hydrogen must first be extracted from substances like water or methane.  It must then be contained in a highly compressed liquid form.  The dangers include burns, flames, explosion and asphyxiation.

Safety concerns aside, how energy efficient is hydrogen?  A fuel cell coupled with an electric motor is two to three times more efficient than an internal combustion engine running on gasoline.  Small fuel cells can power laptop computers and cell phones while large fuel cells can provide backup electricity for buildings and electricity remote areas not connected to the grid.  Further testing will provide specific results on risk-benefit ratio and the efficiency of hydrogen power.  For now, experts are reveling in a cheaper way to generate power.  Scientist have found that by using only water, iron, nickel and electricity they can create hydrogen energy cheaper than ever before.  UNSW School of Chemistry’s Professor Chuan Zhao is splitting water to capture hydrogen.  “What we do is coat the electrodes with our catalyst to reduce energy consumption,” he says. “On this catalyst there is a tiny nano-scale interface where the iron and nickel meet at the atomic level, which becomes an active site for splitting water. This is where hydrogen can be split from oxygen and captured as fuel, and the oxygen can be released as an environmentally-friendly waste.”  In 2015, Prof Zhao’s team invented a nickel-iron electrode for oxygen generation with a record-high efficiency.   “We’re hoping our research can be used by stations like these (charging stations) to make their own hydrogen using sustainable sources such as water, solar and these low cost, yet efficient, catalysts.”  Until now, scientist were hopeful to one day power cars with hydrogen.  Toyota’s ‘Woven City’ will use hydrogen to power a way of life. 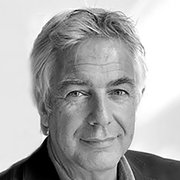 With the growing reliance on technology, computer data centers have become a major energy user. Vendors, like Apple, Facebook, Google, and Microsoft, have invested money into building efficient systems. The most efficient data centers are located..