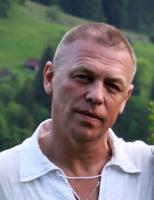 In the two previous articles we described some of the problems of world energy and gave a brief description of some types of existing energy and their comparison with promising oxygen energy.

Dear ladies and gentlemen, The number of your responses to our articles has exceeded our highest expectations, and this is very encouraging. This suggests that there are still a huge number of people in the world who are not indifferent to the problems of world energy and the possibility of their solution. We assure you that these problems directly relate to your future - your well-being, convenience, and especially your health and the health of your children.

In this regard, we decided to continue the cycle of articles on this topic and in this, the third, article, we briefly describe several more types of energy generation, and then, in the fourth and last article of this cycle, we will elaborate on some of the problems of today's global energy industry. and how to solve them.

Biofuel produced from cultivated plants (industrial crops) is a good and renewable replacement for petroleum products, if not a few problems associated with it.

- A big problem in the production of industrial crops is the depletion of the soil involved in their production. But this is not the main problem.

- The main problem of the production of industrial crops for biofuel is that under them are allocated large areas of agricultural land, and, consequently, reduced the area under the cultivation of food, which leads to their constant increase in prices. And this is in our time, when more than 7 billion people live on Earth, of which about 3 billion people are undernourished, and about a billion people are constantly starving. Just think about these numbers - constantly starving people three times more than the entire population of the European Union.

And the reasons for their starvation are largely due not to themselves, but to the greedy actions of developed “democratic” countries.

The technology of obtaining energy using biogas is simple and cheap.

Of course, it also pollutes the environment, but its main problem is the impossibility of generating energy on an industrial scale. This technology is applicable in agriculture on farms, but it is not possible to power a factory, a city or a village from it.

Geothermal energy is the only source of clean and free thermal energy, which is easy to convert to electricity.

Its only drawback is the possibility of using only in places where there are natural underground sources of heat.

A vivid example of the fact that not every kind of alternative energy is harmless and safe for the environment is mirrored solar power plants (solar concentrators).

Such power plants are more efficient than solar panels, but they are much more structurally more complicated.

The disadvantages of solar concentrators can be listed for a long time, but we will focus only on some of them:

- Such power plants, like solar panels, are dependent on the time of day, seasonal and climatic fluctuations.

- They have a low resistance in natural disasters: earthquakes, storms, hurricanes.

- Hubs occupy large areas and cause shading of land, which leads to strong changes in soil conditions, vegetation, etc.

- Undesirable environmental effects in the area of ​​the concentrators causes the air to heat up when solar radiation passing through it concentrates with mirror reflectors. This leads to a change in heat balance, humidity, wind direction.

- In some cases, there is an overheating and a fire of systems using hubs, with all the ensuing consequences.

- The use of low-boiling liquids and their inevitable leakage in solar energy systems during long-term operation can lead to significant pollution of the soil under them and drinking water. Liquids containing chromates and nitrites, which are highly toxic substances, are particularly dangerous.

“And finally, in the zone of concentration of radiation energy, thousands of birds die every year, sometimes very rare ones listed in the Red Book, which biologists oppose, and for this reason they have already managed to close several power plants of this type.

Wind power is an environmentally friendly source of renewable energy with a high cost of generating power generation.

When placing wind turbines in well-designed places, they may have a low dependence on daily and seasonal fluctuations.

At the same time, industrial wind turbines are expensive and expensive to maintain.

It is suitable for the production of electricity in the event that at hand there is nothing better.

Hydroelectric power stations located on rivers have many advantages and disadvantages, which we describe below. Sometimes their merits are so intertwined with flaws that it is difficult to evaluate them unequivocally, so we will simply voice them, and you choose what you like best.

- The construction of such power plants is very expensive, but they have a low cost of electricity produced by them.

- During the construction of such power plants, large artificial reservoirs are formed, which may be good, but, at the same time, huge territories and hundreds of villages are flooded.

- Artificial reservoirs have a significant impact on the climate, and most often - in the direction of deterioration.

- Hydroelectric power stations are safe in operation, but in case of dam breakthrough they can lead to catastrophic consequences.

Power plants of this type are simple, cheap and environmentally friendly and use renewable energy waves. The energy produced by them has a low cost, but such power plants are unsuitable for the production of large amounts of electricity.

In addition, they are tied to specific areas of possible use and unsuitable, where there are no appropriate environmental conditions.

About this supposed source of energy it is difficult to speak unequivocally.

His creators very often demonstrate an elementary misunderstanding of what they themselves say. Calling the process "cold thermonuclear fusion" they contradict themselves. "Cold" and "thermo" - a clear contradiction.

In addition, we know that the process of fusion of atomic nuclei requires tremendous pressure, which is impossible without very high temperatures or enormous gravitational forces, which is impossible to create without a powerful explosion. It is like two small ants trying to put together two huge magnets with the same poles.

In addition, nuclear fusion has an enormous power density to demonstrate it on a frail unit.

At the same time, if we admit even the minimal possibility that someone managed to solve the problem of cold nuclear fusion, then this possibility should not be missed either. In life, miracles happen sometimes.

Today, individual groups of physicists claim that they are working on the problems of proton energy, which has great prospects in the future.

According to these scientists, the decay of a proton will produce energy that is a thousand times greater than the energy of thermonuclear fusion. Such scientists receive very solid grants in the USA, Japan, China and several other countries. They created solid laboratories for these grants and have been trying to detect the decay of at least one proton in them for several decades.

Very promising and well-paid work. But, let's see, what are their chances of success?

According to these scientists, the proton is one of the most stable particles in the Universe, and its lifetime is about 1 × 1034 years. It is considered that the age of our Universe is about 1 × 1010 years.

And this speck of dust asserts that if it is good to pay, then it may be able to observe the process of proton decay, which can occur at the end of this ruler?

This is the usual grant eaters who promise you anything you want, as long as you keep them.

And after all they receive serious financing from the different governments. And here the question already arises - and who of them is a fool? Grant-eater, or the government, which for 40 years throws money into empty, with zero result. Or maybe this is not just happening, but behind this is someone’s specific goal?

This concludes the review and brief analysis of various types of energy, although in our articles, we have not touched upon all of them.

Nevertheless, despite the abundance of types of energy generation listed in our articles, we can say that none of them can be compared with the proposed oxygen energy. And some of them are rather exotic or auxiliary sources of electrical energy, playing a very minor role in the global energy market.

And in the next, fourth and final article of this cycle, we will try to analyze the general problems of world energy, and finally, to understand why it is so difficult to put oxygen energy into operation, who and what is hindering this and who is behind all this. In this last article we will try to explain why a huge amount of money has been invested in the proton energy industry for 40 years with zero result and why oxygen energy is not financed, the operating unit of which was demonstrated 30 years ago at an international exhibition.

And if you, dear readers, who agree with our point of view or our opponents, want to find out who is slowing down the development of real alternative energy in the world, including oxygen energy, then we can tell you about it, with an indication of specific individuals behind it.

With regard to the technical feasibility or reality of the project of oxygen energy, we can explain some of the principles of oxygen energy. We assure you that this will be very interesting, understandable and will turn a lot of what you have been taught all your conscious life. You must understand that there are literate people, and there are smart people. And this is not the same thing. A literate person all his life studies (remembers) what his teachers put in his ears - he is just a parrot or a tape recorder, which gives only what he has been invested in. An intelligent person not only perceives what is put into his teacher's ears, but also using his mind, analyzes this information for its correspondence to truth.

I would be interested in any opinions that anyone may have regarding this and please point out any errors or impracticalities that may be inherent in my musings. 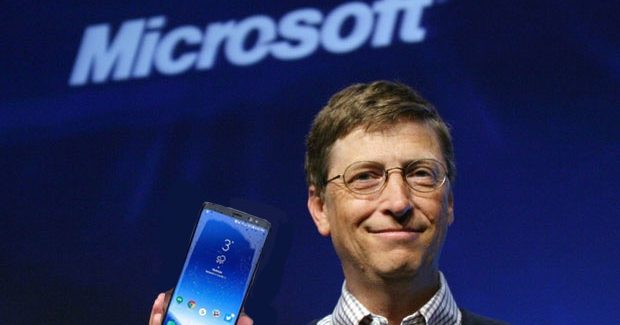 Why Bill Gates is wrong about energy

The five reasons why Bill Gates is wrong on energy!

Why Bill Gates is wrong about energy