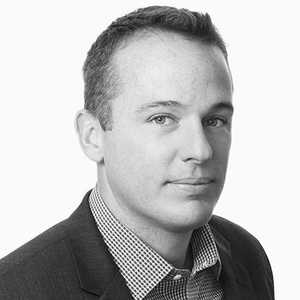 Part I of this blog gives a background on how energy is regulated in New York and how capacity markets work.

Why is New York Examining This Issue Now?

NYISO’s capacity market rules have the potential to make it difficult for New York to reach its clean energy goals, which – thanks to the passage of the Climate Leadership and Community Protection Act (CLCPA) – are now enshrined into law.  These goals include a requirement to procure 70% of the state’s electricity by 2030; 9,000 MW of offshore wind by 2040; 3,000 MW of energy storage by 2030; and an overall 85% reduction in statewide greenhouse gas emissions by 2050.

It’s important to note that not all regions of the country use a mandatory capacity market. Rather, mandatory capacity markets are used only by 3 regional grid operators: NYISO, ISO-NE, and PJM. Elsewhere in the country, states are principally responsible for ensuring adequate supply of resources. Many states do this through an “integrated resource planning process” by which state regulators rather than a FERC-regulated regional grid operator require utilities to put together plans to guarantee adequate reserves. Other models exist as well. California has its own unique system that requires utilities to contract with capacity resources. Texas has a regional energy market similar to New York’s but achieves needed investment in the system through energy prices alone, without a capacity market.

Given that the current structure of New York’s capacity market poses a direct barrier to achieving the state’s clean energy policies, the Public Service Commission (PSC) has decided to revisit this regulatory regime and consider whether other alternatives can more efficiently facilitate a transition to a cleaner energy system.  It has issued an order commencing a proceeding that poses a series of questions to stakeholders focusing on whether the currently constructed capacity market is compatible with the state’s clean energy policies, whether the interaction of these policies and market structures result in safe and adequate service at reasonable rates for customers, whether alternative measures should be considered to ensure the procurement of generation resources that are aligned with state policy goals, and what next steps the PSC should take with respect to this issue.  The order is seeking comments from interested parties within 90 days and will allow for reply comments.

NRDC welcomes this inquiry and plans to participate.  After all, the NYISO markets (including resource adequacy protocols) need to facilitate the efficient achievement of New York State’s bold transition to a clean energy future—not stifle that progress with market constructs that delay a much needed evolution.

Despite gridlock at the federal level, the past yearr has been a landmark one for state governments debating & ultimately passing climate & energy legislation. See how these states are making great strides towards 100% clean energy goals

Much has been made recently about Hawaii being a leader in the US when it comes to clean energy, and with great reason-- as an island it has long been reliant on imported fossil fuel for its energy needs, an undertaking that's excessively..