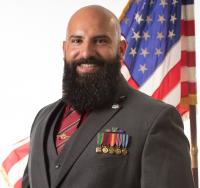 Making the Grid Energy Efficient through Sensors: A Conversation with Hudson Gilmer from LineVision We generally talk about energy efficiency within the context of customer-facing applications. I connected with Hudson Gilmer, CEO of LineVision, a transmission line-monitoring company, that recently announced a partnership with the FARCROSS consortium in the EU. The project has announced five deployments of its non-contact transmission monitoring solutions with four utilities. According to the press release, the integration will enable renewable integration, increased grid security and reduced energy costs. The reduction in energy costs is achieved by removing cross-border bottlenecks and congestion in transmission lines in Europe. The grid will, therefore, become more energy-efficient.

To what extent can LineVision's solutions help in removing the cross-border bottlenecks and congestion in transmission lines in Europe?

As the EU looks to reach its target of 20% renewable energy consumption by 2020 and 32% by 2030, the growth of renewables that are far from load centers across Europe has caused congestion across the continent. According to the ten-year network development plan (TYNDP), 80% of the bottlenecks in 2020 are associated with renewable energy sources integration.

While renewable generation has grown dramatically, the  transmission capacity on cross-border interconnectors have not kept pace. The resulting congestion increases prices for European consumers and prevents the continent from taking advantage of the rich diversity of renewable resources – from hydroelectric power in the Nordic countries to offshore wind in the North Sea and solar power in the South.

LineVision cost-effectively reduces bottlenecks and enables a more efficient pan-European grid through Dynamic Line Ratings (DLR). DLR leverages non-contact transmission sensors and analytics to collect real-time data on lines' capacity, instead of static measurements of a line’s capacity based on conservative assumptions. LineVision-enabled DLR allows operators to safely increase their power flows by 10-40% of existing capacity over 90% of the time. In a deployment with PJM and American Electric Power, LineVision demonstrated annual congestion savings of over $4 million on a single line.

2. How do LineVision's V3 non-contact transmission line monitors increase capacity in a grid where transmission cables may be situated underground?

LineVision's sensors are applicable for overhead transmission lines, which represent the vast majority of the European high-voltage grid. Underground lines are not subject to the cooling effect of wind and lower ambient temperatures which drive the incremental capacity of dynamic line ratings on overhead lines.

3. Related to the question above, how might the implementation of LineVision's solutions differ between Europe and America?

LineVision’s solutions on both continents are being driven by several common drivers including the need to address transmission bottlenecks in order to meet ambitious clean energy goals. McKinsey reports that in Europe, generating 80 percent of renewables at optimal cost by 2050 requires five times larger transmission grid capacities. Similarly, a recent study by the WIRES trade group and the ScottMadden Inc. consulting firm found that insufficient transmission capacity is the primary challenge for utilities in the race to renewables in North America. 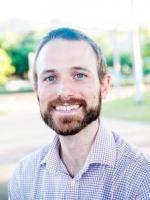