Despite its constant refrain about an “all-electric future,” General Motors’ recent siding with the Trump administration reveals a broader unwillingness to commit to steady improvements in fuel economy.

GM joined Fiat Chrysler and Toyota last week in signing onto the Trump administration’s efforts to slam the brakes on vehicle fuel economy and emissions improvements. Earlier, GM fended off intense pressure to follow the example of four automakers—Ford, Honda, VW, and BMW—that forged an agreement with California to ensure continuing reductions in vehicles’ greenhouse gas emissions and to protect states’ right to adopt strong standards.

Perhaps this isn’t surprising. GM was among the worst companies in terms of fuel economy gains in 2012 through 2017. Its fleet-wide fuel economy improved by only 5.5% during that time, falling far short of the improvements made by leaders such as Honda (11.8%). In addition, it announced plans last year to kill most of its car production in favor of SUVs and crossovers.

Full-size pickups, a key market segment, show both progress and stagnation, from Ford’s deployment of efficient EcoBoost engines in the F-150 to Toyota’s indolence with the Tundra – essentially unchanged since 2007. GM could have made strong fuel economy improvements all along. Instead, the automaker appears to have prioritized changing other attributes of its vehicles, as illustrated by its disappointing redesign of full-size pickups for 2019.

When GM first announced the redesigned pickups, we gave it kudos for introducing an all-new, highly advanced four-cylinder turbocharged engine – the first in a modern full-size pickup. We estimated that trucks with this engine would achieve fuel economy gains of 18.5% over the V6 truck they replaced. That would equal a certification fuel economy of nearly 30 miles per gallon (MPG). When the fuel economy numbers came in, however, the truck achieved only 27.3 MPG, and the two V8 powertrains delivered disappointing improvements as well.

Why did these trucks fail to improve fuel economy as much as the technology is capable of? First, the new four-cylinder truck reduces 0-60 acceleration time by nearly one second due to a 9% increase in peak horsepower and 14% increase in torque, along with a reduction in weight. Similarly, while GM claimed a 7% improvement in aerodynamic efficiency, it squandered about half of the potential fuel economy gain by delivering an even bigger truck.

This is but one example of GM’s lackadaisical attitude toward fuel economy. It isn’t that the automaker was unable to make fuel economy improvements. Rather, GM simply used the technology to make up for the negative impacts from other changes, such as faster acceleration and an increase in vehicle size. While other automakers are making real improvements to their full-size trucks, GM has delivered only marginal improvements to its customers – a risky move, given that full-size pickups are a hyper-competitive segment that drives the company’s profits.

GM speaks of big aspirations for a future of efficient and exciting electric vehicles, but in the meantime, it is taking a stand against the steady progress toward cleaner vehicles that the industry badly needs to deliver. The automaker is repeating history by taking long-term risks, betting that efficiency improvements are optional. The automaker risks leaving itself ill-equipped to compete in a changing market, as it did before sliding into bankruptcy just over 10 years ago – and every American could end up having to pay for its mistakes once again. 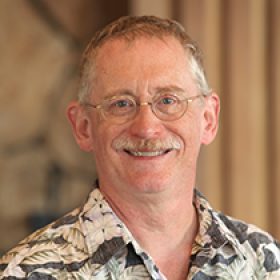