The Future Of Solar: Boron And Energy Efficiency

The Future Of Solar: Boron And Energy Efficiency

Solar power systems are using Boron, a material used to absorb electrons from photons during exposure before transfer onto an electron acceptor.

It seems that, Boron in PV cells would be among solutions to reach out energy efficiency improvements in Solar photovoltaic, thermal and other applications.

I would worry about making panels too efficient. There are already some very high efficient panel like spectrum labs used in space. They stay cooler in space. On land they get too warm and fail.

The best coolest and most efficient are Sunpower. They moved all cell connections to the back of the panel. That leaves more face cell facing the sun. They run much cooler and are over 25% efficient . Most panels are only 18% efficient.

The homes and buildings since they are very inefficient. That is the biggest. Leak in energy.

The biggest challences would be each time to make higher efficiency panels, as average, for covering commercial, residential and industrial fields. Then, all brand new manfacturing technologies which help on this purpose, should be combined and welcomed to overcome the four key factors that have a direct influence of PV module and cell,   i.e:
Wavelength—Light is composed of photons—or packets of energy—that have a wide range of wavelengths and energies. The sunlight that reaches the earth's surface has wavelengths from ultraviolet, through the visible range, to infrared. When light strikes the surface of a solar cell, some photons are reflected, while others pass right through. Some of the absorbed photons have their energy turned into heat. The remainder have the right amount of energy to separate electrons from their atomic bonds to produce charge carriers and electric current.
Recombination—One way for electric current to flow in a semiconductor is for a "charge carrier," such as a negatively-charged electron, to flow across the material. Another such charge carrier is known as a "hole," which represents the absence of an electron within the material and acts like a positive charge carrier. When an electron encounters a hole, they may recombine and therefore cancel out their contributions to the electrical current. Direct recombination, in which light-generated electrons and holes encounter each other, recombine, and emit a photon, reverses the process from which electricity is generated in a solar cell. It is one of the fundamental factors that limits efficiency. Indirect recombination is a process in which the electrons or holes encounter an impurity, a defect in the crystal structure, or interface that makes it easier for them to recombine and release their energy as heat.
Temperature—Solar cells generally work best at low temperatures. Higher temperatures cause the semiconductor properties to shift, resulting in a slight increase in current, but a much larger decrease in voltage. Extreme increases in temperature can also damage the cell and other module materials, leading to shorter operating lifetimes. Since much of the sunlight shining on cells becomes heat, proper thermal management improves both efficiency and lifetime. 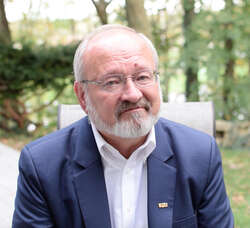 Julian commented on ...
Climate Change Fascism
I am a Columbia guy, and happen to like this as a response to Ed Reid: http

John commented on ...
Amazon Climate Moves
Note the article from PV Magazine linked below. Corporate USA is really stepping up when it comes to deploying renewables,

Ed commented on ...
Climate Change Fascism
Yes, there is plenty of evidence to support climate change.