A new market study released this week by TowerXchange forecasts that a new breed of telecom energy services companies (ESCOs) will spend $1.8bn deploying 200MW of distributed generation – much of it renewable – to modernise 108,566 cell sites in the next four years.

Telecom ESCOs deploy their own capital to upgrade the energy equipment at cell sites, then sell energy back to the cell site owner for a monthly fee. ESCOs first appeared in telecom around a decade ago and, between them, 24 pioneering ESCOs already operate the power systems at 49,316 cell sites. 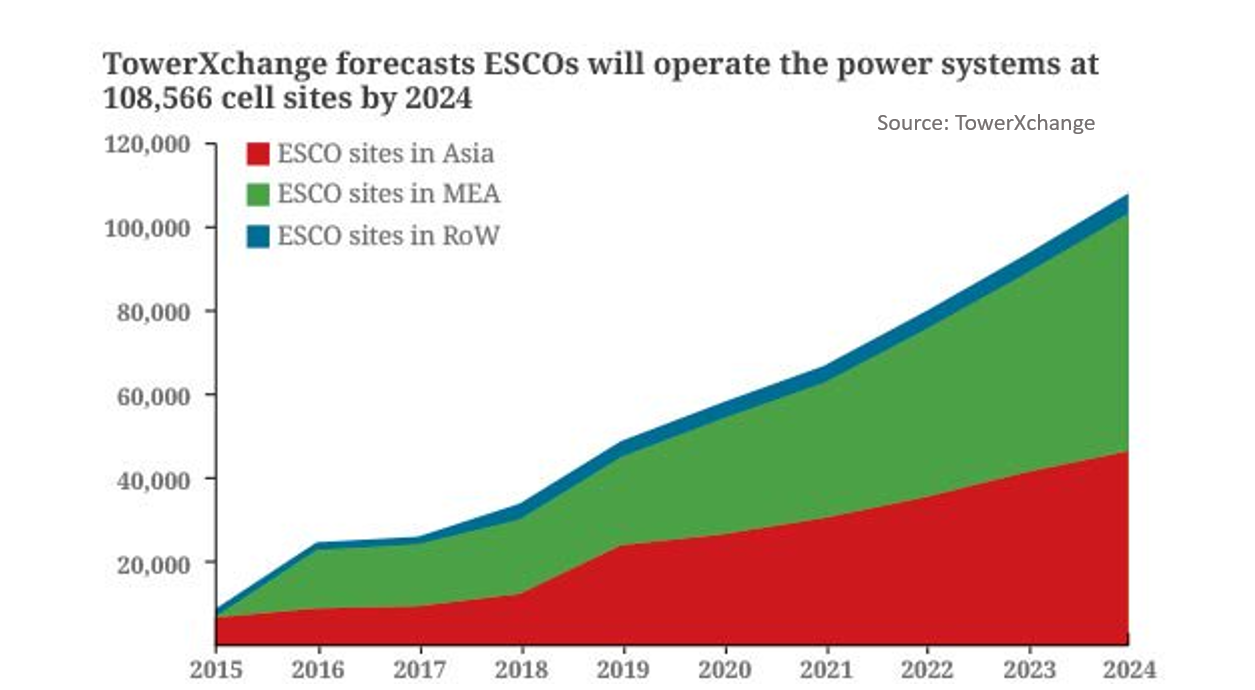 Mobile Network Operators and tower companies are increasingly turning to ESCOs to reduce rising energy costs, to improve uptime, and to enhance both communities and the environment. A substantial pipeline of new opportunities for ESCOs, including RFPs from Ethio Telecom, Etisalat, MTN, Orange, Safaricom and Vodacom, is attracting more capital into the sector.