A recently released study reveals that measuring the energy efficiency of various types of buildings and facilities is not as simple or straightforward as it may seem.

A provider of cloud-based, advanced energy efficiency services to utility customers, FirstFuel Software conducted an analysis of energy consumption and energy efficiency spanning nearly 2,000 building across the US – its own version of an Energy Efficiency Olympics, the Lexington, Mass.-based company highlights. FirstFuel energy engineers had conducted energy audits of each site. FirstFuel's Andrew Klein used the company's analytics applications to organize them into 47 different building types and then created and applied three different energy efficiency metrics and events to them.

Looking out over the entire data set, Klein was able to identify nearly 50 different principal types of sites, including office buildings, schools, restaurants and other retail outlets, based on their primary use. “Annual energy consumption ranged anywhere from about 7 kWh per square foot, for a warehouse or storage facility without air-conditioning or refrigeration, to fast food restaurants, which used over 100 kWh of electrical energy per sq. ft.,” Klein explained in an interview. 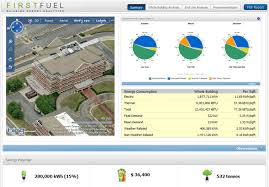 Energy use intensity was the first metric and event to which Klein applied the 47 building-type energy profiles. It turned out that non-refrigerated storage facilities (warehouses, garages or hangars, for instance) had the lowest energy use intensity, thereby winning First Fuel's gold medal for the event. Residence halls and dormitories had the second-lowest, garnering FirstFuel's energy use intensity silver medal. K-12 schools took the bronze.

“It's pretty clear that energy use intensity is not a very good indicator of energy efficiency,” Klein told Energy Central. “Buildings that score well in terms of energy use intensity...operate on an abbreviated year. They're only occupied and used [for their primary purpose] for nine or 10 months per year, so that brings their EUIs down.”

FirstFuel then applied a second metric, total energy savings potential, to the data set. “When energy engineers review a building they come up with energy conservation measures and their associated estimated savings in kilowatt-hours, in dollars and as a percentage,” Klein explained. “That includes retrofits and operational measures they could carry out.”

In general, Klein found that the biggest energy savings potential lies in replaement of older lighting with LED lighting and systems.

“That really drives savings, although buildings with smaller percentages of lighting in their energy usage mix benefit the least from LED retrofits,” he elaborated.

Data centers had the lowest total energy savings potential among the three broad-based categories of building/site types. “Almost all their energy goes to power computer servers, so lighting amounts to just a small percentage of their overall energy usage,” Klein commented. 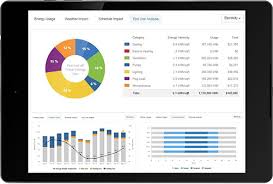 Klein moved on to evaluate the buildings' energy profiles in terms of operational savings. He removed lighting retrofits from the equation in doing so. “These are measures that can be maintenance-related, such as dialing down energy consumption of appliances, air-conditioning and heating systems at night for example, adjusting lighting controls based on occupancy, or raising the percentage of milder outdoor air in the ventilation mix,” he explained.

FirstFuel found that in many cases, energy “economizers” that draw and mix more outdoor air into a building's ventialation did not function as well as they could. In addition: “It turns out that if you have the type of building in which you can't turn down, or adjust, electrical appliances at night, you don't have as much in the way of operational energy savings opportunities.”

Furthermore, energy savings opportunities are lower for building/facility types that operate 24x7 – housing and lodging, buildings with lots of refrigeration, such as supermarkets or fresh food and produce warehouses and data centers.

Overall, the exercise proved fruitful in terms gaining a better understanding of energy efficiency, actual energy efficiency and the potential to improve it, Klein summarized. It also showed that measuring energy efficiency is not as simple or straightforward as it may seem at first glance. “We're learning things about it all works. We can't really define a single, overall winner, the point being that each building type operates very differently in terms of energy usage and the ability to improve energy efficiency,” Klein said.

Klein and FirstFuel continue to analyze the data. Could he suggest any ways in which the results might be improved? “We haven't put it all together, but off the top of my head I'd say the punch line is that you can't really compare different types of buildings. You really have to examine and analyze energy usage and efficiency in comparison with peers.”