Energy Efficiency Continues to Be Cheaper Than Natural Gas 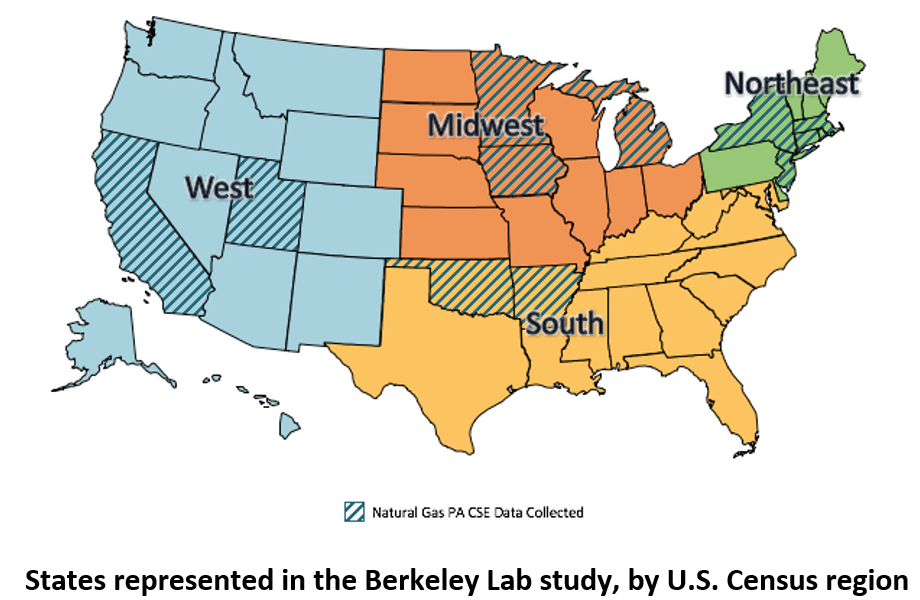 A new study by Lawrence Berkeley National Laboratory (Berkeley Lab) estimates that utility efficiency programs for natural gas achieved energy savings at an average cost to program administrators of 40 cents per therm from 2012 to 2017. (That figure does not include any participant share of the costs.) For comparison, the national average retail price of natural gas during that period was about one dollar per therm.1 U.S. households and businesses spent approximately $65 billion on utility-supplied natural gas in 2018,2 and U.S. natural gas utilities spend about $1.3 billion a year on energy efficiency programs.3

The cost of saved energy represents the "avoided costs" for the natural gas commodity, plus transportation, delivery, and storage, as well as any environmental factors or gas price risk that may be considered. The results are similar to a 2014 Berkeley Lab study, which found savings at 38 cents a therm from 2009 to 2011.

A report summarizing the study, Cost of Saving Natural Gas Through Efficiency Programs Funded by Utility Customers: 2012–2017, can be downloaded here. A webinar highlighting key findings will be offered at 10:00 a.m. Pacific on June 4, 2020. Register for the free webinar here: https://lbnl.zoom.us/webinar/register/WN_Rkhn-QXxSiiatlnyTNi-oQ

Berkeley Lab researchers expected the results for the new study to be higher than their 2014 study for several reasons, including the assumed impacts of inflation on efficiency program costs and the use of different base years (2017 versus 2012). The new study includes data from more utilities. Additional analysis is required to understand factors that would explain why costs held relatively steady. 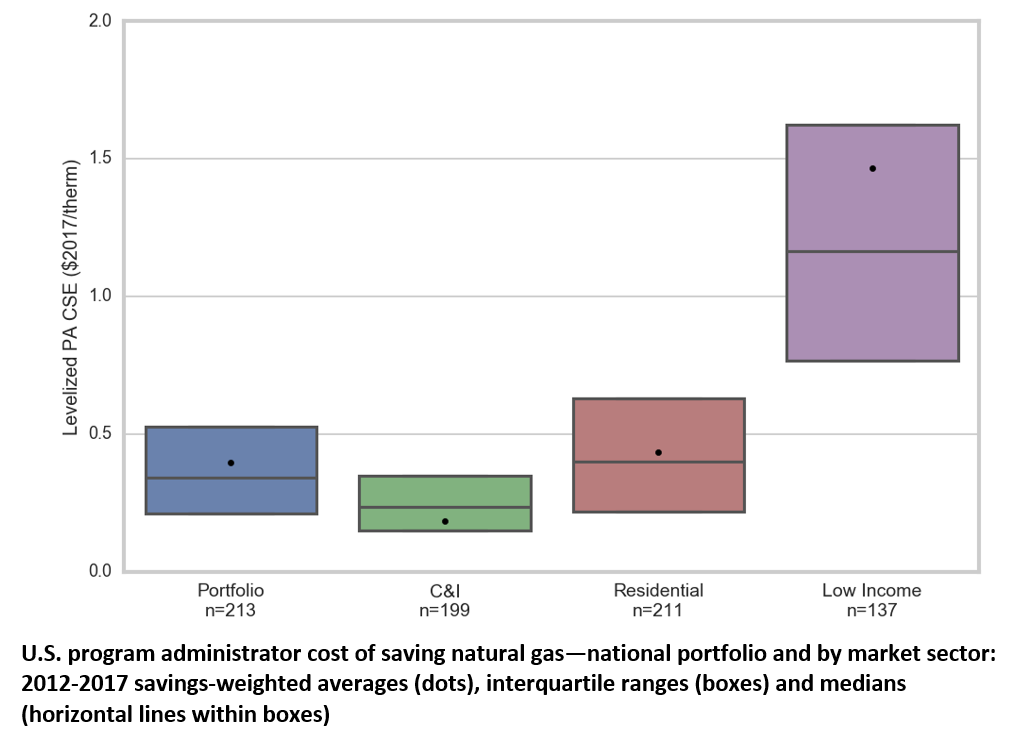 Other findings include the following, subject to additional research:

Utilities use cost performance metrics to assess effectiveness of energy efficiency program portfolios, determine what programs to offer customers, and meet projected gas system needs at the most affordable cost.

4 Data in this report are based on costs and savings reported by utilities and other program administrators. Berkeley Lab did not independently determine or validate these values.

5 Based on national spending on programs as reported by the Consortium for Energy Efficiency.

6 For the study period, residential programs represented about 48 percent of total spending in the sample and low-income programs about 28 percent of the total.