Jacob works in the RMI Buildings Practice with a focus on transforming the residential energy upgrade market through the Residential Energy+ program. He also led the creation of The Carbon-Free...

This item is part of the AESP EE Day - 2018 SPECIAL ISSUE, click here for more

Building new single-family homes to zero-energy (ZE) or zero-energy ready (ZER) home standards can save consumers thousands of dollars over the home’s life cycle. ZE homes produce as much renewable energy as they consume over the course of a year, and ZER homes have similar levels of efficiency without onsite solar photovoltaics (PV). In addition, increasing market penetration of ZE homes can help cities meet their aggressive greenhouse gas emission goals while building a more futureproofed and energy-secure building stock.

Despite these benefits, ZE and ZER homes make up less than 1% of the residential market, partially due to outdated perceptions of the incremental cost for these offerings. This report demonstrates that the cost increase to build a ZE or ZER home is modest—far less than consumers, builders, and policymakers may realize—and highlights methods builders and policymakers can use to drive increased market penetration. 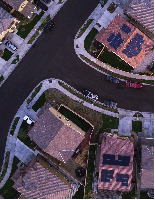 “ZE homes produce as much renewable energy as they consume over the course of a year...”

Jacob, someone with a powerful Rocky Mountain high might be able to fathom what you’re trying to say here, but your statement makes no sense at all to the sober physicists, electrical engineers, or any of the lesser mortals in charge of running the grid you relied upon to type it.

There probably isn’t a home in the country which doesn’t “produce as much renewable electricity as it consumes over the course of a year.” Mine consumes exactly what it generates, which for decades has been 0 kWh. My neighbors, who were foolish enough to invest in solar panels on a house shaded by trees, likely use every one of the several hundred kWh for which their array can take credit.

Consuming renewable energy is easy, but generating enough of it? That’s impossible. Always has been, always will be. 39 years after Jimmy Carter told us the sun would be responsible for one-fifth of the energy Americans consume - by the year 2000 - we have yet to get one-half of one percent of it from all those expensive solar panels.

Isn’t it time for RMI to cut its losses? It’s almost as if Amory Lovins is being paid by the National Petroleum Council and Stanford’s Natural Gas Initiative to promote gas by hoisting the false “renewables” flag. I mean, everyone’s got to make a buck - but with climate change and all, how does he sleep at night?

In Denmark only requests for ZE houses/buildings get a license to build since ~2014.

Seems USA is lacking behind.

”The image of the Netherlands, filled with bicycles and windmills, would suggest a country powered by sustainable energy. But the Dutch are almost entirely dependent on fossil fuels, including imported coal...The European Union has cut CO2 emissions 23 percent since 1990, but in the Netherlands they've risen by 20 percent.”

It seems the Netherlands is last in line.